The Pixel 4a has been out for seven months now, and leaks for a successor are beginning. It's usually at around this time that a phone starts to be a bad deal. Halfway through the typical year-long retail-available life, the launch price value proposition for most phones starts to wane. But the Pixel 4a bucks that trend, and I don't think it's too late to buy one. In fact, based on the leaks for the Pixel 5a, many of our readers may even want to pick one up now rather than wait.

We're at that time of the year when leaks for the next round of Pixels are starting to pick up, and based on what we've seen so far, Google's next a-series Pixel is going to be a little bigger and more reminiscent of the Pixel 4a 5G. Of course, leaks are always a question until they've been multiply corroborated, and it's possible we'll get more than one size for the Pixel 5a, but so far, it seems like we're just getting the one big(ger) phone. 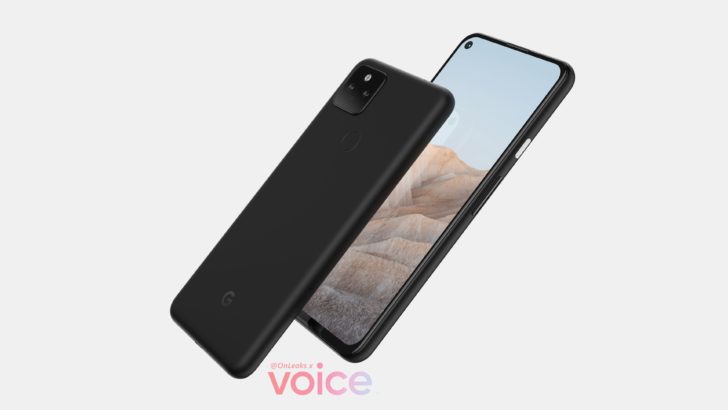 The Pixel 5a looks just like the 4a 5G, according to OnLeaks.

That may prove to be a popular move — larger phones are often perceived as "better" by folks comparison shopping, and the Pixel 4a 5G it resembles was my favorite phone of last year. Still, it's a shift that wouldn't be universally appreciated. And after Google managed to hold prices steady between the Pixel 3a and Pixel 4a, I'm concerned that a bigger phone could be seen as justification for a price bump. After all, a shift to a bigger phone is more in keeping with an "XL" device, and Google usually charges more for those. Furthermore, many of our readers are among the declining number of small phone enthusiasts, and the Pixel 4a is unarguably much more grabbable and pocketable than the Pixel 4a 5G.

Good phones are more just than a bundle of numerical specifications, or we'd all just buy cheap gaming-oriented models

Separate from any size difference and the upcoming Pixel 5a, the Pixel 4a is still and simply a very good phone in isolation. I know the situation varies in other markets, but here in the US, you'd be hard-pressed to find something as good for the $350 price. Using it back-to-back with the $300 Nord N10 5G — which would seem to beat it on paper with things like 5G connectivity, a bigger smoother screen, and more cameras — I still prefer the Pixel 4a as an overall package. Good phones are more just than a bundle of numerical specifications, or we'd all just buy cheap gaming-oriented models, and the Pixel 4a is a very compelling overall package. (At least, in the US.)

Some might think that the lack of 5G is point against it, but I don't really think it is. In fact, I often get slower speeds on 5G where I live than I do on 4G. The really fast mmWave 5G might be a bonus, but it's still almost nowhere, it's trivially easy to block, and network congestion is hardly a problem in this pandemic era, and that's ignoring the added costs associated with it. The biggest benefits of 5G still won't be felt for a few years, and that gives the Pixel 4a plenty of time.

Caveat it with the fact that we're an Android site, but I even like the 4a over the 2020 iPhone SE.

The mid-range Snapdragon 730G is more than powerful enough for most people. That is, unless you happen to do a lot of gaming, though it can still handle a light load. The 5.81" OLED display may not be as smooth as a 90 or 120Hz screen, but it's well-calibrated, pleasant to use, and gets both brighter and dimmer than the average IPS screen that you'll usually find around this price point. Furthermore, the Pixel camera is hard to beat. I'd argue that some of the most expensive phones these days come close or exceed it in some ways, but that still comes down at least partially to taste, and it's not something you'll run into at $350. The camera, size, and battery life alone make the Pixel 4a one of my favorite choices for a quick vacation or trip, and Google's astrophotography mode takes some incredible shots. And while every company thinks its arbitrary software changes and half-baked features are a real added value, that's rarely the case — but it is for Google.

...while every company thinks its arbitrary software changes and half-baked features are a real added value, that's rarely the case — but it is for Google.

Spam is a serious problem, and though the FCC and carriers claim to be making headway against it, I haven't seen any truth to those claims. But for those moments when I get to use a Pixel, it's a much-diminished problem, thanks to the Assistant's Call Screen functionality and Google Messages built-in spam protection. I also use Hold for Me all the time; the feature lets me keep working while calling doctors, banks, or pretty much any office too far behind the curve in these all-digital times. Even just the Android 11 power menu smart home controls are very convenient for more quickly and easily managing all the gadgets in my home. (Some other phones have that last feature, but some move it or tweak it too much for my liking, and I prefer Google's setup.) Google also regularly delivers new features to its old phones via quarterly Feature Drops, which I appreciate.

On that note: Google also promises three years of updates for the Pixel 4a, and while seven months have already been ticked off that schedule, there's still plenty of time left. 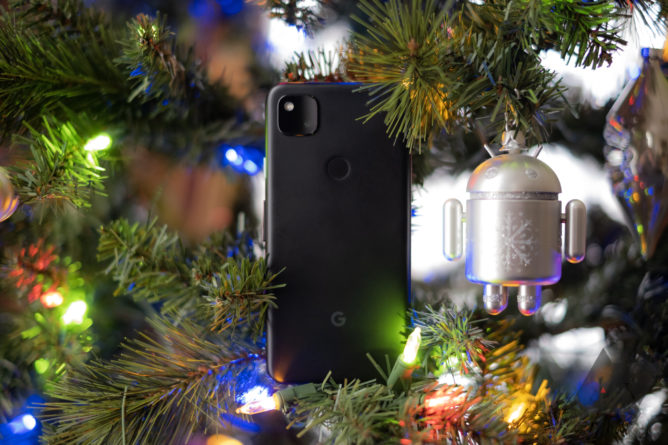 The Pixel 4a also won our Editors' Choice Most Wanted smartphone of the year for 2020.

More anecdotally, the Pixel 4a is one of a handful of phones I reach for and recommend to friends and family. I know, we tech bloggers enjoy a privileged little bubble where we get to experience a lot of different devices, but often that translates to not being able to actually choose which phone to use most of the time. Between reviews and comparative analysis, we're constantly swapping between devices to stay on top of changes and keep our readers informed. But on those occasions where I do get to actually choose which phone to use, the Pixel 4a is part of a very short list I consider.

Even though the Pixel 4a is probably around halfway through its retail-facing life, it's still a great value and a great buy, even today.