Chrome 88 was released only last week, marking the release of the Manifest V3 extension API, changes to password management, and the official death of Adobe Flash support. Chrome 89 has now arrived in the Beta Channel, and it seems to be an even bigger release — even if many of its changes are hidden to most people. Let's dive in!

Google first announced Privacy Sandbox all the way back in 2019, as the company's planned replacement for third-party browser cookies. It's still very much a work in progress, but Google aims for it to be "a secure environment for personalization that also protects user privacy." Chrome 89 has the first pieces of the personalization interface, currently hidden behind a new flag: #privacy-sandbox-settings.

With the flag enabled, a new page for Privacy Sandbox can be found in Settings > Privacy and security > Privacy sandbox. There's currently a single toggle, which enables 'Web crowd and ad measurement.' Google explained how this works in a recent blog post:

Federated Learning of Cohorts (FLoC) [Privacy Sandbox] proposes a new way for businesses to reach people with relevant content and ads by clustering large groups of people with similar interests. This approach effectively hides individuals “in the crowd” and uses on-device processing to keep a person’s web history private on the browser.

By creating simulations based on the principles defined in Chrome’s FLoC proposal, Google’s ads teams have tested this privacy-first alternative to third-party cookies. Results indicate that when it comes to generating interest-based audiences, FLoC can provide an effective replacement signal for third-party cookies.

Google isn't allowing sites to use Privacy Sandbox yet, but now we know where you'll be able to manage its settings once the feature is finished.

Chrome 89 has a few changes to the Discover feed on the New Tab Page. Currently, articles in the Discover section are listed in cards, but in Chrome 89 they are only separated by dividers. The title font also seems to be slightly bigger, and perhaps most importantly, the description preview has been removed.

It's interesting to see Google experiment with removing the teaser text. In most cases, they're too short to provide any helpful context or added information, and removing them potentially allows more articles to appear on-screen at once.

Google is testing a new interface for the site info popup on Android, which appears when you press the 'I' or lock icon in the address bar. The popup normally shows the full address, information about page security, and a list of granted permissions. Chrome 89 includes a new flag (#page-info-discoverability) that updates the popup's design.

The new popup fits in better with Google's updated design language, and you can revoke permissions without opening Chrome's normal settings panel.

Google first began testing NFC in web apps with the release of Chrome 81. That version added initial support for the Web NFC API, allowing sites to read and write NFC tags. It's mainly intended for inventory management, conferences, museum exhibits, and anywhere else NFC is frequently used. Starting with Chrome 89, the Web NFC API is enabled by default on Android.

The Web NFC API is limited to reading and writing NDEF data, so low-level operations like ISO-DEP, NFC-A/B, NFC-F are not supported. Peer-to-peer communication mode and Host-based Card Emulation (HCE) also won't work. Unfortunately, that probably rules out any chances of someone creating an Amiibo creator web app.

Like with microphones, cameras, and other hardware features, NFC requires granting a permission from a popup. It will be interesting to see how the API will be used in the coming years.

Chrome on Android has supported the Web Share and Web Share Target APIs for a while now, which allows web apps to send and receive data with Android's native share menu. The features have gone a long way to blur the lines between native and web apps on Android, but annoyingly, they haven't been available on desktop platforms (except with Safari on macOS)... until now. 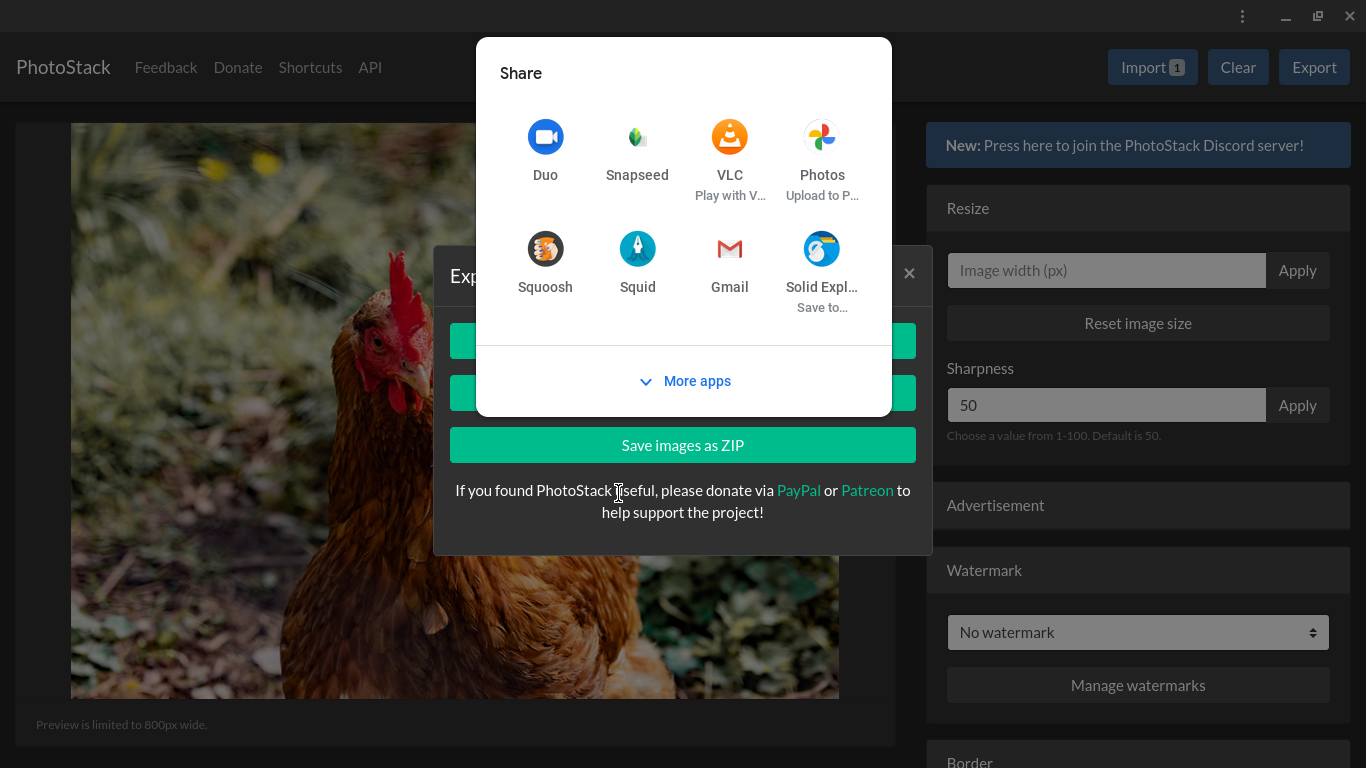 With the release of Chrome 89, web sharing (where web apps can open the system share dialog) is now available on Windows and Chrome OS, and web apps can function as a target on Chrome OS. Developers won't have to add any extra code for the functionality to work on desktop platforms.

Google has finally shared details on when devices are eligible to receive the 64-bit version of the Android browser. The company details that you need to run at least Android 10 and have at least 8GB of RAM — unfortunately leaving out a slew of the company's own Pixel phones.

For those of you who picked up the latest Android devices (Android Q+ and 8GB+ of RAM), we’ve rebuilt Chrome as a 64-bit binary, giving you a more stable Chrome that is up to 8.5% faster to load pages and 28% smoother when it comes to scrolling and input latency.

You can check which version your phone is on by heading to chrome://version.

The developers have additionally repackaged Chrome on Android using Android App Bundles, allowing devs to generate optimized APKs for every single device. This approach helps reduce crashes and leads to less memory usage (up to 5%), faster startup (up to 7.5%), and faster page loads (up to 2%).

There are also improvements to memory management on both Android and Windows thanks to a new advanced memory allocator that automatically clears up to 100MiB per tab while you browse, which can be make up more than 20% of a some popular sites. That's achieved by discarding memory in foreground tabs that isn't needed any longer, such as large images scrolled off the screen. On macOS, Chrome is shrinking the amount of memory used in the background, which can lead to up to 8% less RAM usage. There are further energy consumption improvements for Mac users.

Google has also added so-called Freeze-Dried Tabs to the Android browser. When you start Chrome, the app first loads a lightweight version of the website you last visited, similar to a screenshot but with scrolling, zooming, and link-clicking capabilities. Once the proper website is loaded in the background, the Freeze-Dried Tab is seamlessly exchanged for the live version. This makes Chrome startups about 13% faster.

As always, this update includes changes for both users and developers. Here are some smaller changes included in Chrome 89: