Google’s new Chromecast dongle has had its fair share of issues, but none has been as vexing as Netflix refusing to play nicely with the device — which, ironically, has a dedicated Netflix button on the remote. More recently, things have started to change as Netflix is back to integrating well with Google TV’s core functions, just as it did earlier — but there are some parts that aren’t back on track just yet.

To be clear, Netflix was never full-on absent from the Chromecast with Google TV; it just stopped syncing its library with the dongle’s cross-app search and watchlist feature. That was a bummer since both these abilities are central to the new Google TV interface (and not to mention Netflix is indeed one of the biggest streamers worldwide, leaving many displeased).

In the last couple of weeks, both features seem to have resumed, allowing people to set Netflix as one of the services they use. Google TV now also lets you jump straight to Netflix from search results, just like it does with other streaming apps on your list. You can check out some screenshots from 9to5Google below: 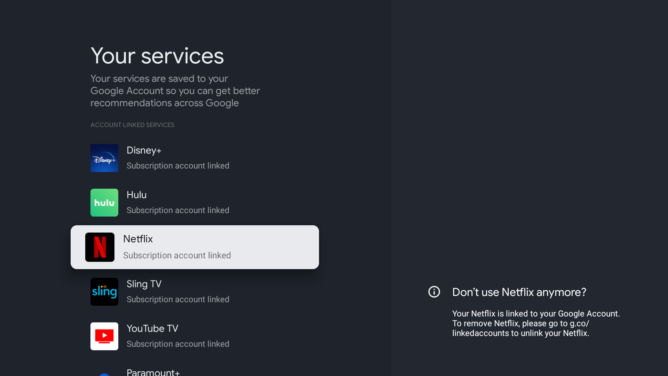 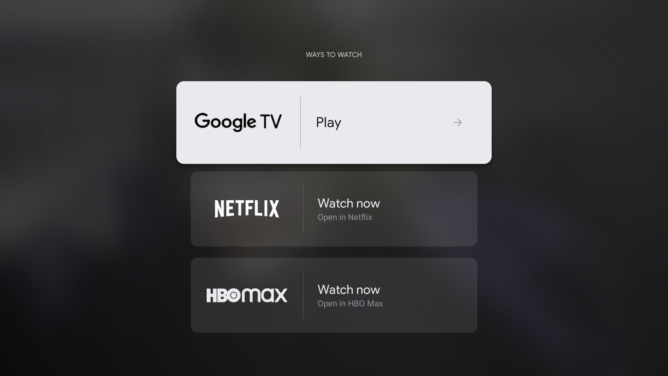 That being said, things still aren’t back to normal on the Google TV app for Android. You still can’t search for Netflix content or add it to your Google list, which really restricts the ways you can add manage things in the all-app watchlist.

Hopefully, that last bit of remaining problems will also be fixed in the future so that you can once again have a wholesome experience with both Netflix and your new Chromecast.