The Google Pay app has seen a major overhaul recently, being a more wholistic approach to shopping and money transfers in addition to a basic payment tool. This change hasn't been universally appreciated, but it's there nonetheless. Starting next week, Google Pay users in India will see a new option: targeted advertising based on traffic and spending habits. Google calls it "personalization."

Personalization is already present in other territories, including the US: the opt-in page is shown when first running the new app. Users are asked whether they want personalization on or off, with a third "Yes, but ask again in three months" option shown as well. According to the Google India blog, the same choice will appear in India when users open the app for the first time after the update. The "three months later" option isn't shown in the screenshot. 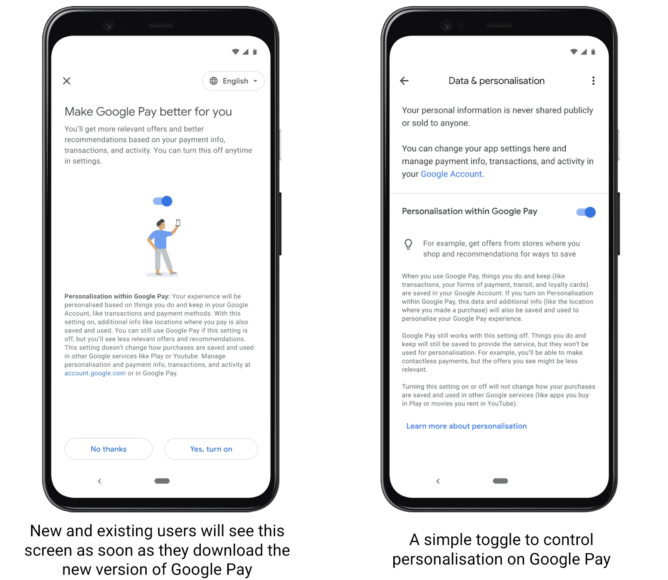 The ads come in the form of suggested local businesses which accept Google Pay, possibly involving some offers or discounts. Targeted advertising won't change the core functionality of Google Pay, it will just attempt to show users more relevant offers and local businesses.

How useful you actually find that information is up to you, but Google would surely appreciate being able to market products in a more effective and lucrative way. After the initial setup, the option to turn personalization on or off is present in the US version of the app under "Data & personalization" in the Settings menu. Based on the screenshots from Google India, it'll work the same way there.

Google is reportedly getting serious about Pixels in India