We appreciate an Easter egg every now and then, but what if the egg hatched, became necrotic, and then amputated a limb? If you're a fan of "The Walking Dead" airing on AMC and are watching it through YouTube TV, you should probably pick up on this nice little touch. 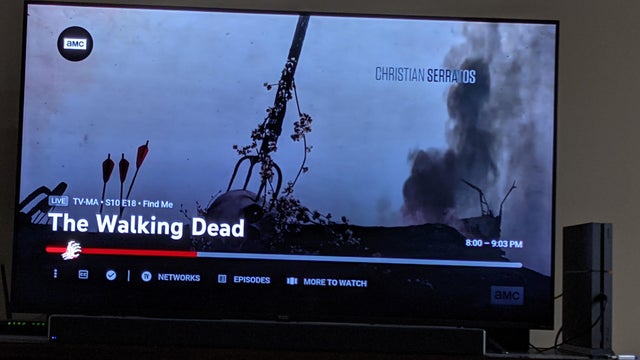 Yep, that's a grotty, dismembered hand marking your place along the timeline as caught by one Reddit user. This was caught off a first airing (live, as some might put it), but the marker can probably also be seen on DVR plays. So, this is where your $65 to $95 goes every month, eh? Sick.

Google could install more elaborate Easter eggs on its over-the-top TV platform — program guides make it pretty easy to keep one exhibit apart from the other. Perhaps it could snag some exclusive bonus content for its viewers?

Just thought to give YouTube TV a hand there. No, not that one.