It’s been over two years since CTL released the Chromebox CBx1, its first Chrome OS desktop designed for the classroom and corporate use. That Chromebox exceeded our expectations when we reviewed it, offering good performance at a low price. Now, the Oregon-based company offers the CBx2, upgrading the processor, storage, and networking performance, making the CBx2 a solid upgrade at an affordable price. 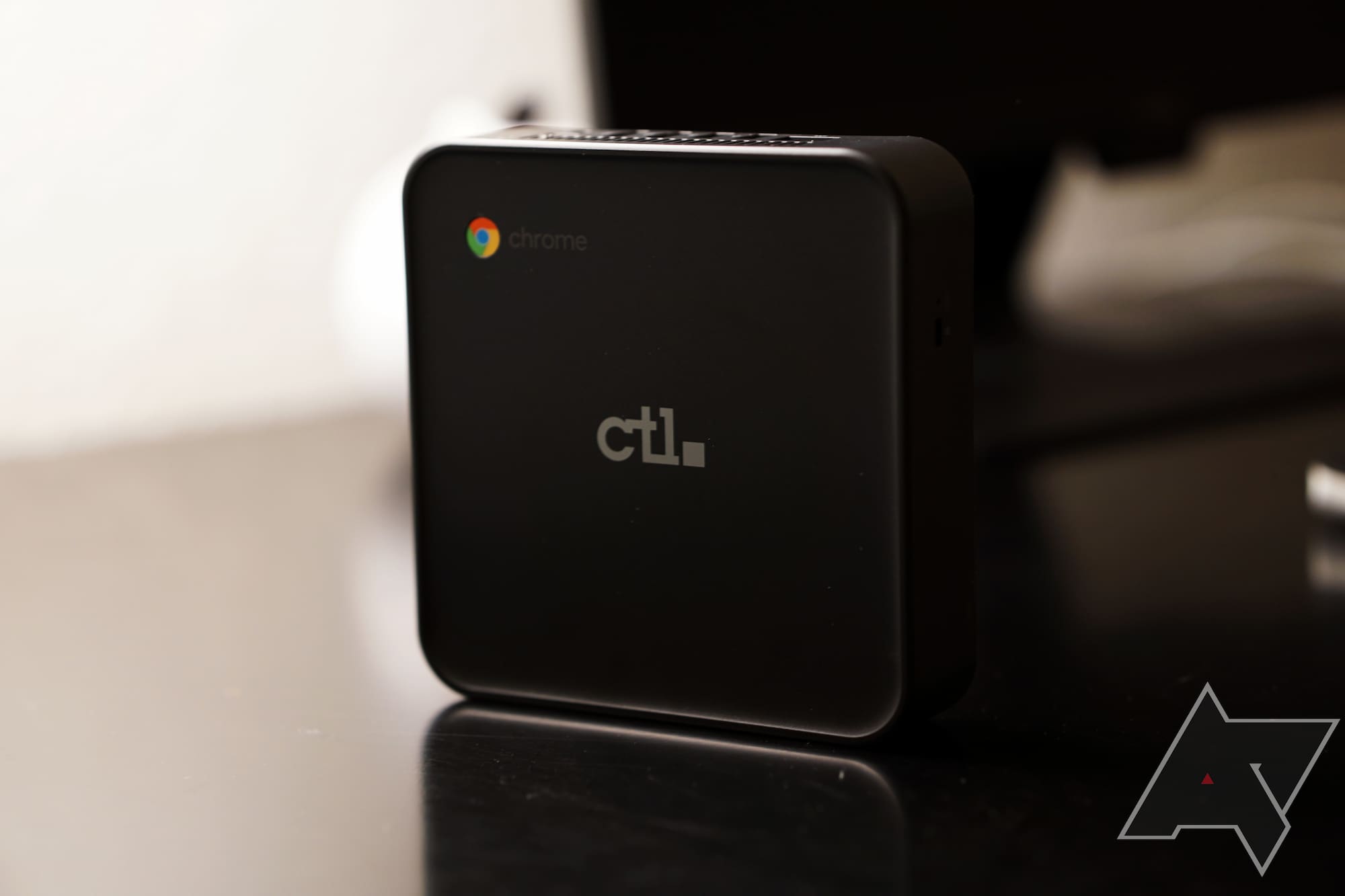 CTL carries over the CBx1’s practical design into its refreshed model. The CBx2’s boxy chassis has a bead-blasted finish that gives it a flat matte appearance. While it doesn’t scream premium like the Asus Chromebox 3, the durable black plastic body gives me confidence that the PC can withstand some punishment, and it’s not like you’re going to haul it around like a Chromebook anyway. CTL’s Chromebox is tiny and comes with a VESA kit to keep it inconspicuous, saving you valuable desktop space. The Intel Celeron 5205U Comet Lake CPU powers the CBx2, a dual-core mobile processor clocked at 1.90 GHz. I was surprised that a few Google Docs tabs stress the system enough to get the main CPU fan running. While the sound is quiet, the frequent “whirr” can be enough to distract some people. Cooling seems efficient, though. The large intake vent on the bottom helps keep the system cool, with a long exhaust vent in the back to dissipate heat. 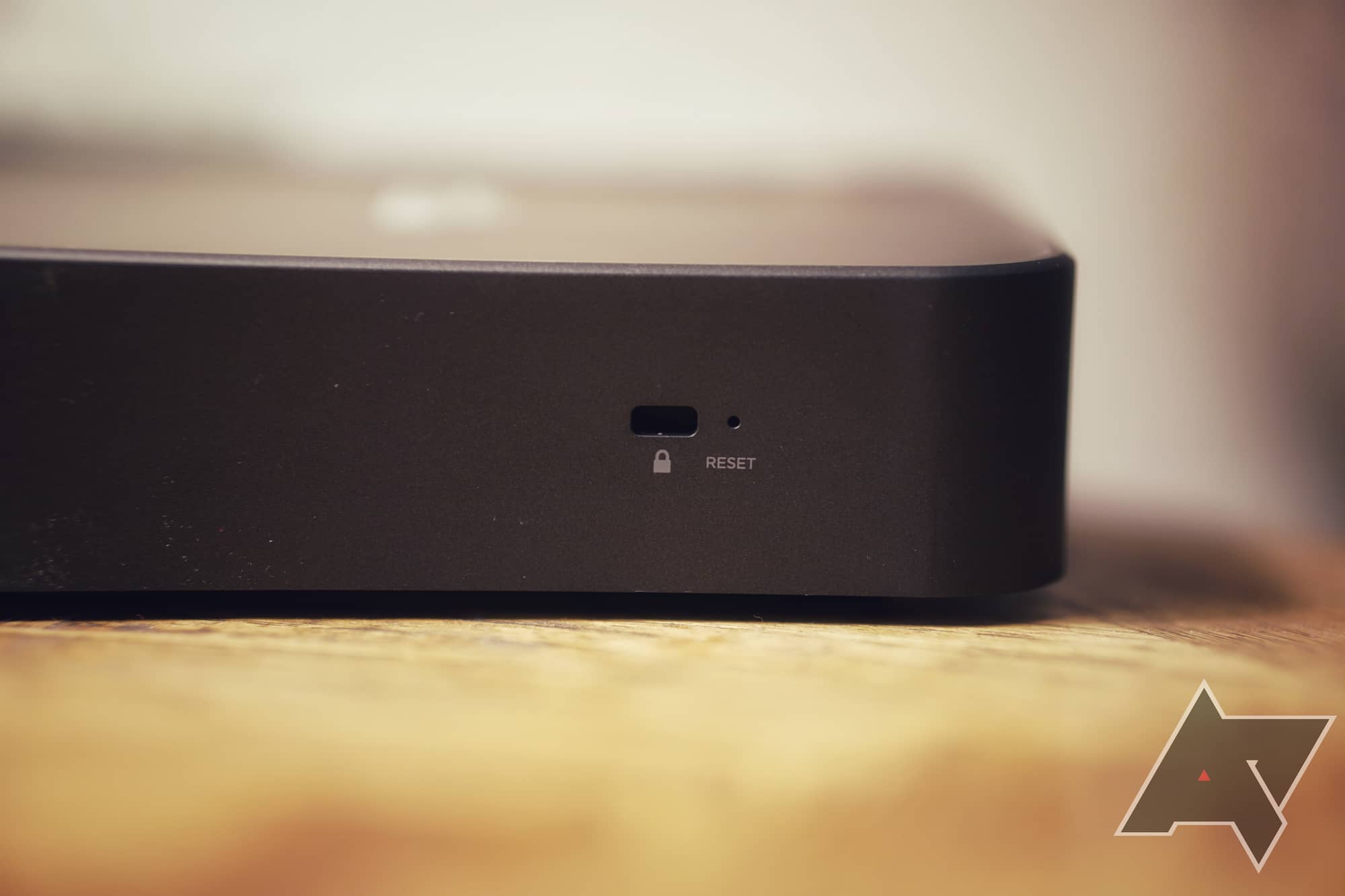 CTL’s Chromebox CBx2 keeps the impressive port selection found on the previous model. There are four ports on the front of the unit: two USB-A 3.0 ports, a headphone jack, and one microSD card slot. The right side of the system has a Kensington lock to protect your Chromebox from theft. You’ll find six I/Os in the rear: a barrel jack for power, one DisplayPort (USB-C), two HDMIs, one USB-A 2.0, one USB-A 3.0, and one Ethernet RJ45 port. 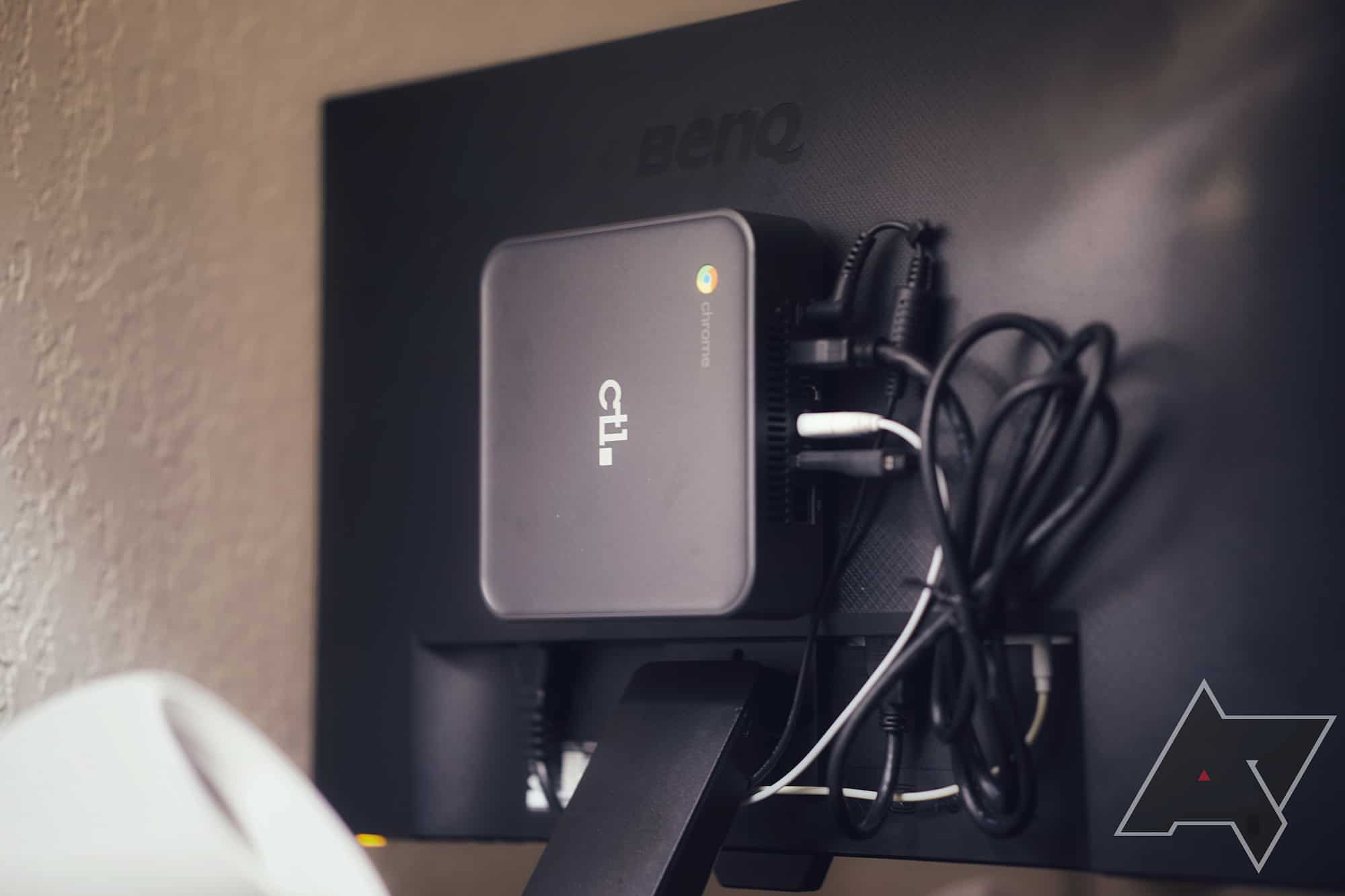 The CBx2 comes with a VESA mount, a 65-watt power supply, and the expected manuals and warranty cards. Unlike the Acer Chromebox CXI3 we reviewed, the unit does not come with a keyboard or mouse. 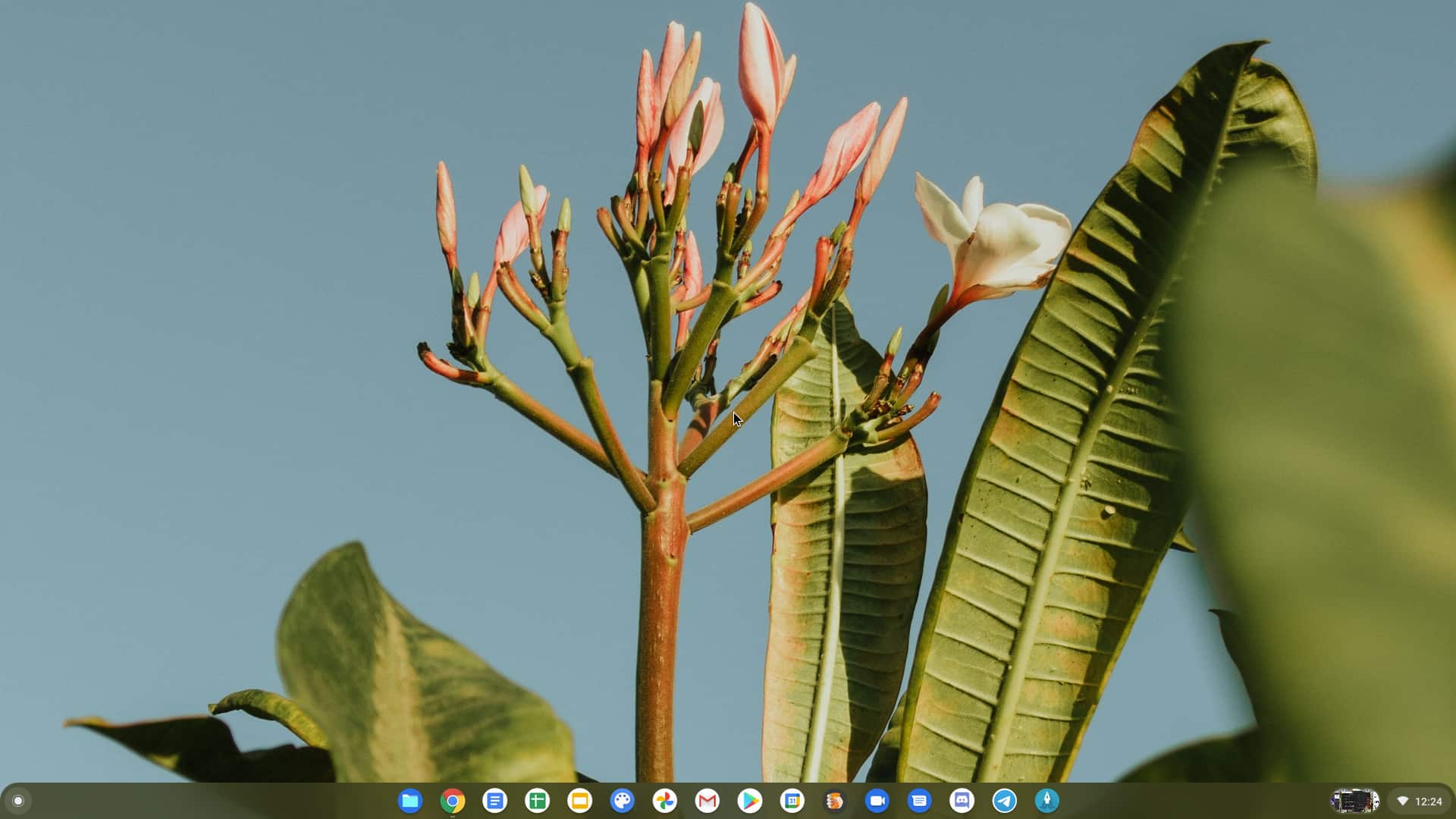 Chrome OS is becoming more capable every year, surpassing “just a web browser” with full Linux and Android apps. Virus and malware are non-existent, and the operating system seamlessly updates in the background to keep your system running smoothly and securely. The software on the CTL Chromebox CBx2 is identical to every other Chrome OS machine, skipping OEM bloatware found on most Windows machines for a snappy, vanilla experience as prescribed by Google.

Upon booting Chrome OS for the first time, the system prompted me to update the latest software. Going through the OOBE (out-of-the-box experience) and setting up my account was painless thanks to Google’s comprehensive account sync. Being able to jump right into a new Chrome OS machine without spending time setting up is one of the most significant benefits of using Google’s platform over other operating systems. Using Chrome OS on the desktop has a few minor usability annoyances, though. For example, the launcher is tricky to navigate without a touchscreen: using the scroll wheel feels clunky, and the tiny page buttons are hard to click. App notifications also aren’t optimized for the mouse. It’s cumbersome to expand and dismiss notifications in the system tray. The flaws don’t detract from the experience, and I enjoyed using Chrome OS on the CBx2. 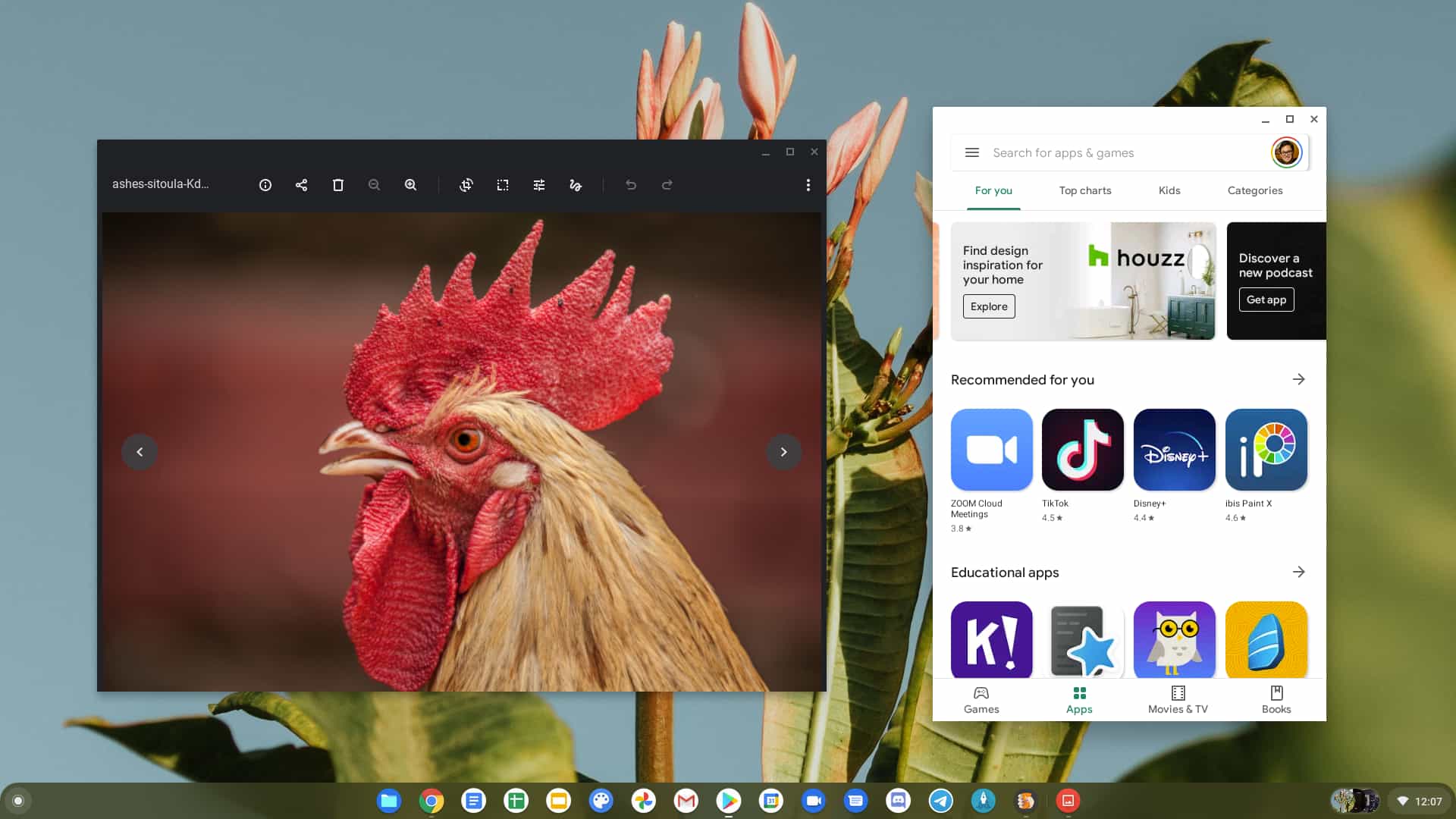 Google’s Android subsystem runs on 9.0 Pie, two years behind the latest version. While Google has come a long way with integrating Android into Chrome OS, the lackluster app scaling, performance issues, and bugs continue to hurt its usability. Android apps don’t work well without a touch screen, but if you purchase CTL’s touch monitor with the CBx2, it shouldn’t be a problem. I’m hoping Google’s recent efforts to bring Android 11 will fix the issues hurting the platform. 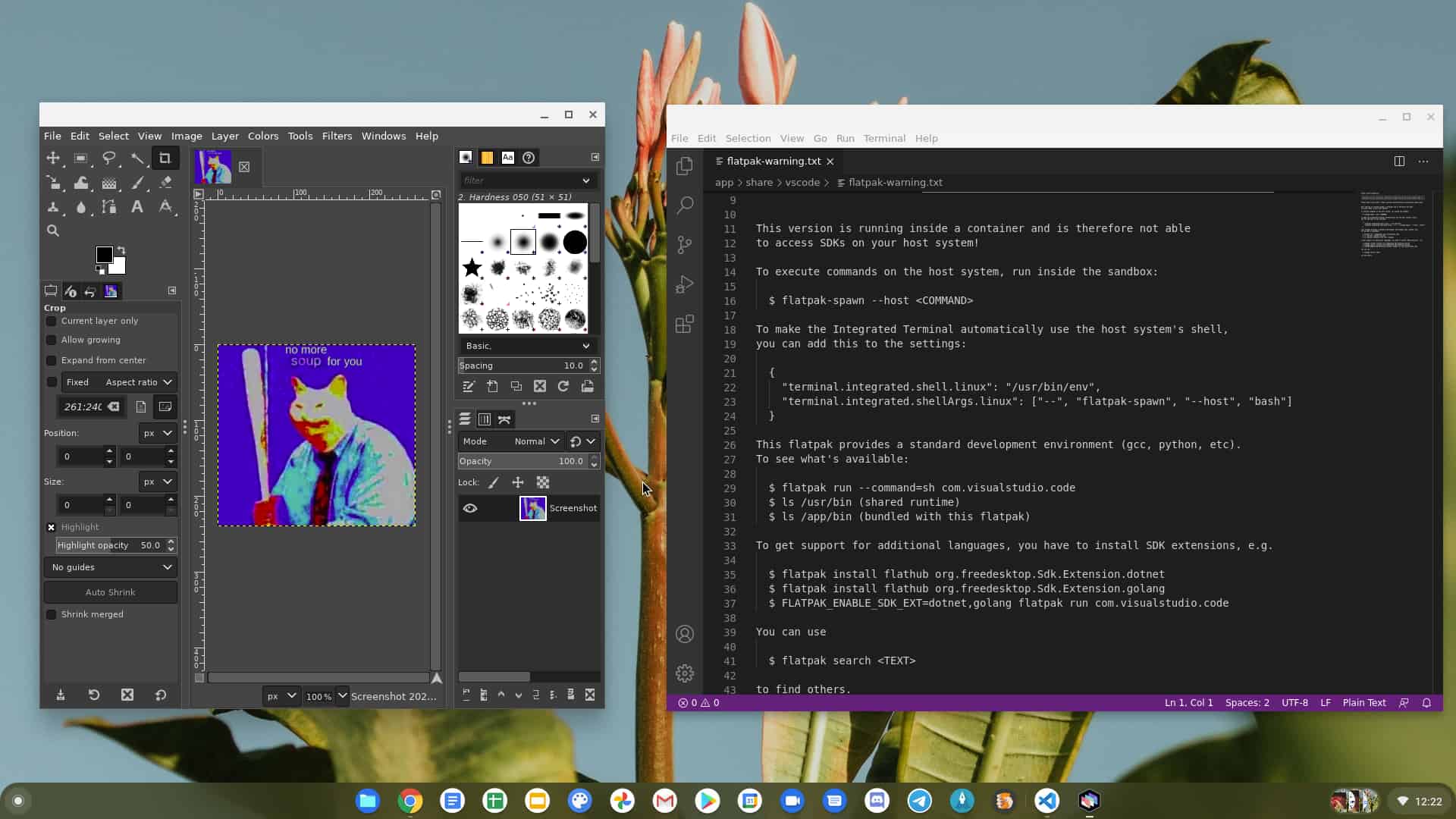 If you’re a heavy user who needs desktop apps, the CBx2 has access to an extensive library of Linux software, and it all works much better with a mouse and keyboard. I installed GIMP and Visual Studio Code from Flathub without issues, and both ran decently. The Linux container on the Chromebox uses graphic acceleration out-of-the-box, which helped app performance and stability. There isn’t Pointer Lock in Linux apps yet (required to play first-person shooters with Linux), but you can switch an experimental flag that brings the functionality with chrome://flags/#enable-pointer-lock. Although still in beta, basic Linux applications in Chrome OS run reasonably well on CTL’s Chromebox CBx2.

Coming into this review, I was worried about the performance of this device. The Intel Celeron 5205U powers the CBx2 with only two cores and no hyperthreading. The 4GB RAM is also on the low side. To my surprise, Chrome OS 87 runs smoothly on the CTL CBx2 — for the most part. The Chromebox is fast enough while browsing the web with multiple tabs and running a few Android apps, but the CPU is no performance king. Android and Linux apps are a bit slow to launch, heavy websites take some time to load, and the small RAM isn’t sufficient for some Linux apps. Thankfully, you can add additional memory to this Chromebox.

Here are a few benchmarks to give you an idea of the performance:

Yes, if you need a reliable desktop PC that can get you online and don’t mind a few compromises. The CTL Chromebox CBx2 is a tiny and decently fast computer. You can even mount it out of sight with the included VESA bracket. The port selection is good, too. Best of all, the price is around the $280 mark, undercutting traditional mid-range desktops, budget Windows laptops, and even the Samsung Chromebook 4+.

There isn’t much to complain about the CBx2, but it’s not perfect. I don’t love how intermittent the CPU fan powers on, and you lose your only USB-C port if you use a USB-C to DisplayPort with the Chromebox. If you’re a heavy user who needs to run several CPU-intensive apps like Kdenlive, the Intel Celeron processor will not be able to keep up with your demands. CTL offers its Chromebox CBx2-7 equipped better for that task, but it’ll cost a hefty $800. 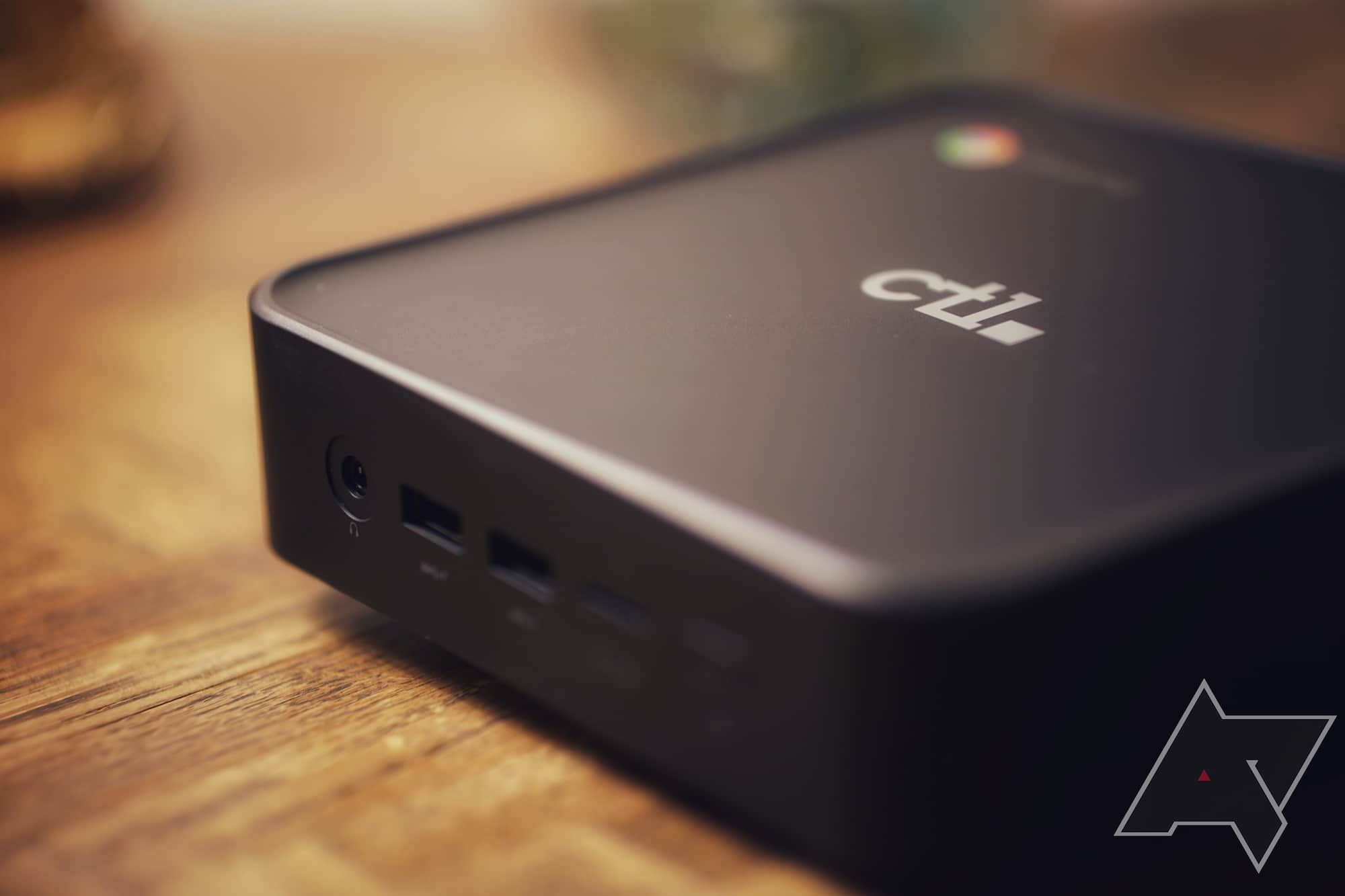 Despite its shortcomings, it isn’t enough to make me dislike the CBx2. It’s an excellent Chromebox for a compelling price.

The CTL Chromebox CBx2 is purchasable at the following retailers:

I've been using the CTL Chromebox CBx2 as my secondary device since our review in February. My opinion hasn't changed much: it's a decent, reliable mini PC that's perfect for casual use. I've been happy with it—albeit with a couple of caveats.

My Chromebox is on the Beta channel, and my productivity has improved thanks to the added features in OS 89. Performance has remained consistent: it handles my everyday Chrome browsing without noticeable slowdowns. Intel's Celeron chip is snappier than you might expect, but it's no performance king. CPU-intensive Linux and Android apps are nice to have in a pinch, but you shouldn't rely on it for heavy use. The low 4GB of RAM in the base model inhibits its performance, especially while running Linux apps. Luckily, you can upgrade to 8GB of memory for only $20 more.

One of my concerns coming into the review was the frequent whirr of CBx2's fan — my experience didn't improve here. A significant reason I find Chromebooks more appealing is that many have fanless designs. With Celeron's significant TDP efficiency, CTL could've designed the machine for passive cooling. Still, the computer stays cool, so the fan is doing its job. 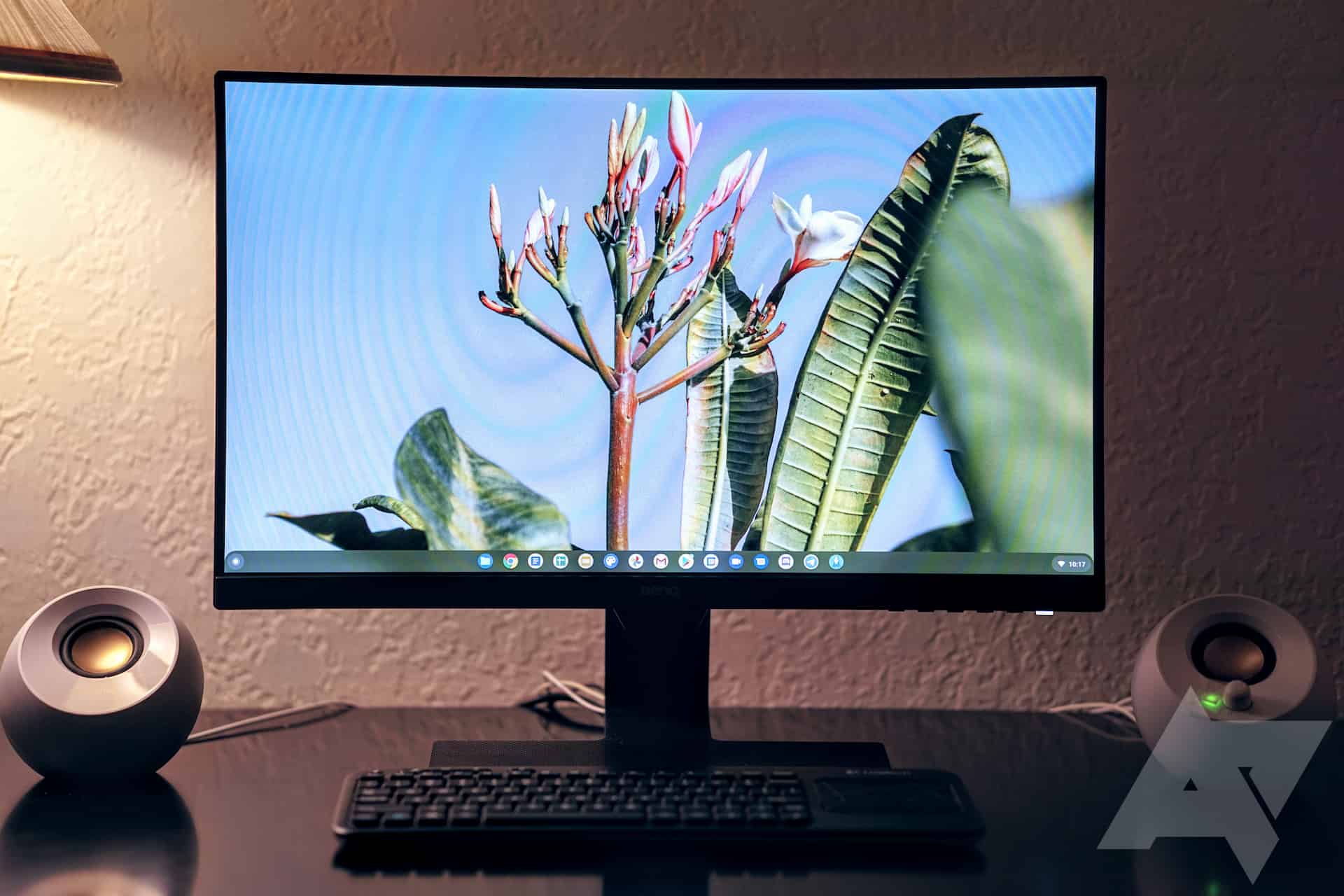 The slew of ports on the Chromebox CBx2 is a notable advantage over most Chromebooks. I'm able to connect a plethora of USB storage, switch between two HDMI sources, and even plug in my camera's SD card. It almost makes up for the minuscule 64GB of internal eMMC storage, which you can't configure.

Despite a few shortcomings, CTL's CBx2 offers one of the best budget Chrome OS experiences you can get. Priced at a reasonable $280 on the CTL store, you're getting a solid desktop PC that will remain updated for years to come. I recommend investing that extra $20 in the Celeron model with 8GB RAM for added utility.

Chromebooks have changed a lot over the last ten years