Samsung's Galaxy Watch3 is one of the best Android wearables on the market today, but it launched with a sky-high MSRP. That's especially true of the fancier versions, like the 45-millimeter LTE model. Six months ago, you would've had to shell out a staggering $480 to get your hands one one. Today, though, you can pick one up for $309, $70 off its street price in recent months.

The Watch3 runs Samsung's Tizen OS, but it works just fine with non-Samsung Android phones, too. Being the LTE version, you can use it to get notifications and stream music, even if you're out of range of your phone or Wi-Fi. It's also got a physical rotating bezel for navigating the UI, a fan-favorite feature. 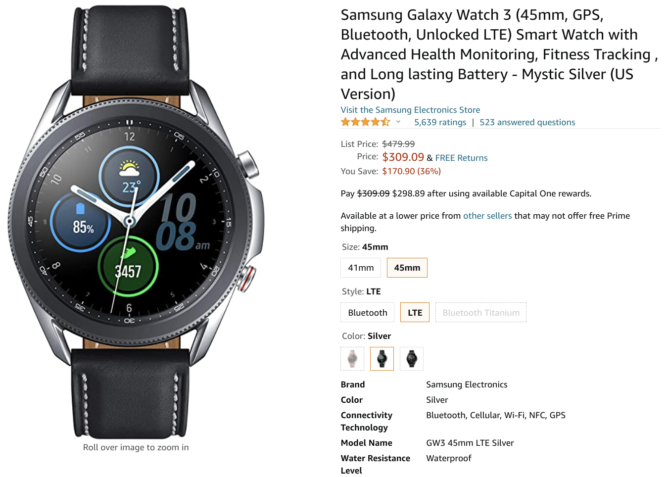 At $309.09, the watch is technically $170.90 under MSRP. It's been consistently available for $379 since December, though, so it's fairer to call this a $70 discount. But either way, that's a lot of bread. If you've been trying to find a good LTE watch to use with your Android phone, this might just be for you. Follow the link below to check it out.