The Chromecast with Google TV has a lot more capability than previous Chromecasts, thanks to its new Android TV-based interface. Google is looking to expand its powers further with new software updates, which should also apply to other Google TV hardware (whenever it arrives). The company announced new tools for managing what kids watch, and how long they can watch it.

We've known that better parental tools were coming to Google TV for about a month, but this new post on the Google Products blog reiterates that commitment, adds in screen time management, and establishes a new timeline. The "kids profiles" option will allow parents to choose which apps their children can access on the device, and which items in the Google Play Family Library are accessible to each child. It'll be immediately obvious when kids mode is activated, thanks to bright, child-friendly themes on the interface. 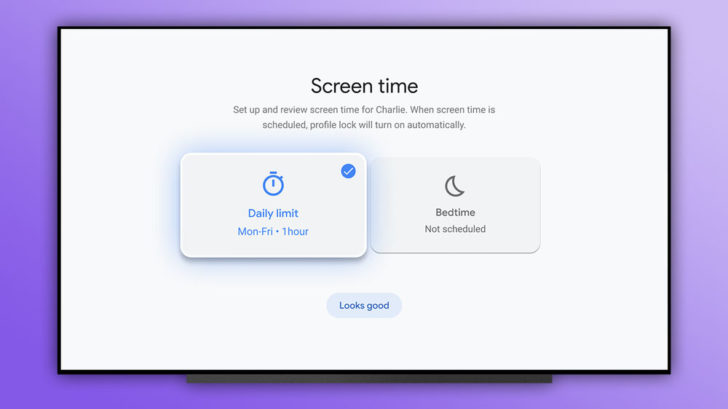 The changes aren't a full replacement for the multiple user profiles available in older versions of Android TV, but they probably cover the most essential use of that feature, as seen on services like Netflix. On top of that, kids profiles will be subject to the daily screen time limits and bedtime hours that users can set in the Family Link system. Google says the changes will be rolling out to the new Chromecast with Google TV in the US sometime this month, with a global launch "over the next few months."

Google then teased new announcements for Google TV. Hopefully those include the new interface rolling out to more Android TV-powered devices, which are still running the old software and can't access these new tools. New smart TVs from Sony and TCL, launching later this year, should come with Google TV pre-installed.