Google tries out a lot of tweaks on its early Chrome browser and Chrome OS builds, though most of it isn't immediately user-facing. In the Chrome 91 build some of those changes will be more obvious thanks to the Experiments menu, previously called Labs. You can find it by clicking the beaker icon that's now next to your user icon in the menu bar, and it's now enabled by default on Canary. 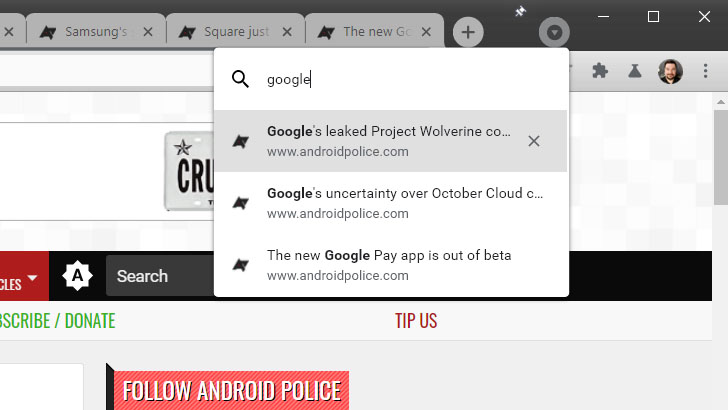 The menu includes quick access to a handful of the more interesting changes in the latest build. In Chrome 91 Canary, it's showing a new Reading List from the bookmarks menu, scrolling tabs when you have a ton of them open, and a tab search tool. Users can change all of these flags manually (requiring a browser restart for them to take effect) and open a feedback window to immediately report a bug or unintended behavior.

👩‍🔬 We hope to gather more feedback about @googlechrome updates as they're in development. If you're using Canary today (and soon Dev and Beta) you'll notice a little beaker on the toolbar that makes it easier to try out new stuff and share suggestions about how it should evolve. pic.twitter.com/doPLzJbnRW

Chrome head of design Alex Ainslie showed the feature off on his Twitter feed. According to him, the Experiments menu will be visible on the Dev, Canary, and Beta builds going forward, so you won't see these options if you stick to the later full release of Chrome.