The Wagoneer brand is about to be revived as the premium extension of Jeep vehicles. Two high-end SUVs are scheduled to be unveiled on March 11, but we already know they will feature an innovative infotainment system. The brand has partnered with Amazon to be the first to feature Fire TV for Auto on its vehicles, allowing passengers to stream content on the road.

Back in January, FCA (now Stellantis) introduced its Android-based Uconnect 5 infotainment system, which is expected to ship with new Abarth, Alfa Romeo, Chrysler, Dodge, Fiat, Jeep, and Lancia vehicles. As part of the launch of the new Wagoneer SUVs, Uconnect 5 is getting a new feature, allowing passengers to use the familiar Fire TV experience in the car.

Fire TV for Auto is integrated with the car's infotainment system but doesn't replace it. It's essentially a way for passengers to link an existing Amazon account and watch TV shows and movies, play games, but also interact with Alexa and some vehicle functions, such as climate controls and navigation. For users with a Fire TV at home, it's easy to start watching a show in the living room and resume playback in the car. 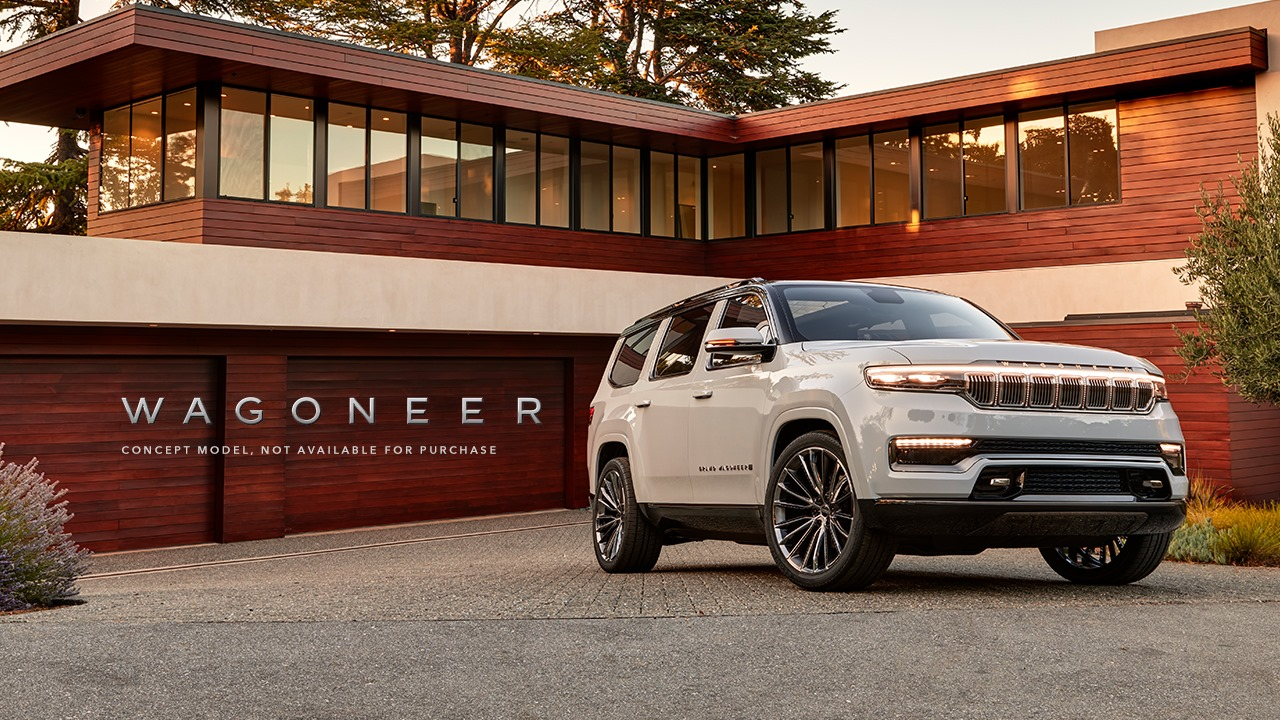 A concept model of what the upcoming Wagoneer could look like

As a premium brand, Wagoneer has thought of all passengers, including the front ones. Indeed, thanks to a privacy filter, they will be able to watch their favorite shows without interfering with the driver. Similarly, the rear passengers can watch shows together or separately. The driver isn't neglected either, as they'll also be able to access the Fire TV interface on the main Uconnect 5 screen when the gear is shifted into park.

Fire TV for Auto will have a specific remote, which features an Alexa microphone and let passengers control the interface and interact with the vehicle's Uconnect 5 system. Finally, users will be able to download content, ensuring they can watch shows even when service is limited.

Stellantis says Fire TV for Auto will be packaged with other connected services and made available in fall 2021 in Canada, Mexico, and the United States. It's unclear whether it will be available on other vehicles or remain exclusive to Wagoneer models. It's a great way for passengers to keep themselves entertained on long road trips without having to bother using their phone or tablet, though, and Google should consider a similar offering, especially as part of Android Automotive solution.

India’s largest telco is working on a cheap Android laptop