Motorola has been out of the smartwatch game since 2016, but in late 2019, a manufacturer called eBuyNow released a Wear OS watch licensing the old Moto 360 product name. The end result was a decent (if overpriced) watch, and now eBuyNow is planning three more to be released this year.

eBuyNow is in the process of merging with CE Brands, Inc, and in an investor presentation from earlier this month, CE showed off what it plans to release over the course of 2021. Among a strange mix of Kodak-branded baby monitors and air purifiers, a timeline page revealed that a 'Moto G Smartwatch' is expected to arrive in June 2021, with two more in July designated as 'Moto Watch & One.' 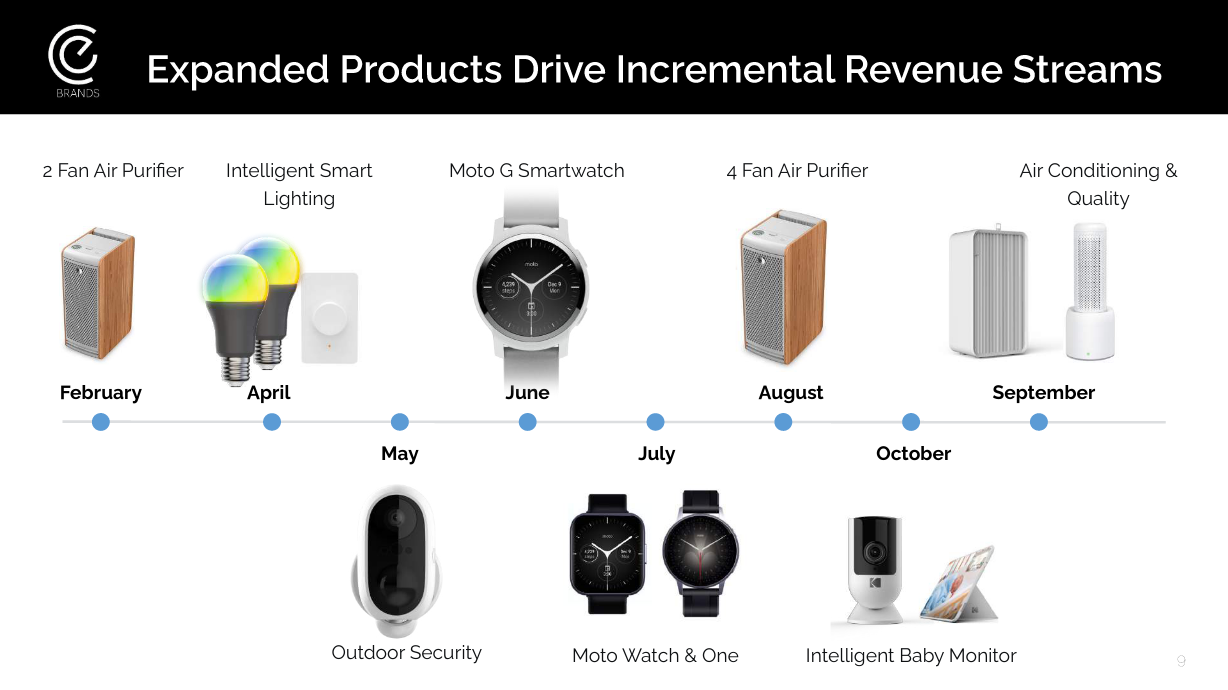 Unfortunately, no other details about the watches were mentioned in the presentation. Moto G is one of Motorola's budget phone lineups, and the image of the Moto G watch appears to lack the rotating dial from the 2019 Moto 360, so it could be a budget watch with reduced features. The Moto Watch is a square model reminiscent of the Apple Watch and Oppo Watch, and the Moto One appears to have slimmer bezels and detached lugs (like the Skagen Falster 3). 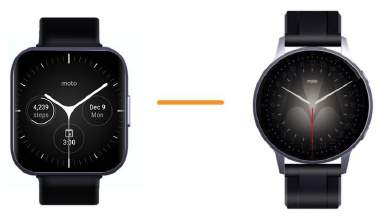 It remains to be seen how much demand there will be for more Motorola-branded Wear OS watches, especially as Google continues to neglect the core platform. I wouldn't be opposed to more square smartwatches, though.

Reddit user TheMacJezza pointed out that one of the images used in the presentation just barely shows some hardware details for one of the new Motorola watches (seemingly the Moto Watch One, based on the lug design). The back of one of the watches says 5ATM (water resistance), GPS, NFC, and most importantly, Snapdragon Wear 4100.

Assuming nothing changes, that should mean the Moto Watch One (and possibly others) will use Qualcomm's latest wearable Snapdragon processor. The only Wear OS watch available right now with the upgraded chip is the Mobvoi TicWatch Pro 3. However, the 4100 isn't Qualcomm's most powerful wearable chip, as the 4100+ has an improved co-processor and other features.