Realme's recent phones have all gone pretty much the same way — incredible value considering the spec sheet, but slightly underwhelming cameras. That was true of the X2 Pro I reviewed last year and seemed to still be the case when Prasham recently looked at the X7 Pro 5G. The Oppo/OnePlus sibling is hoping to turn a corner with its next smartphone lineup, however, thanks to a brand-new 108MP camera system and a bunch of new features.

The Chinese company held a livestreamed event today to show us what to expect from its new camera when the Realme 8 series launches. It all centers on Samsung's 108MP HM2 sensor which supports 9-in-1 pixel binning across 12,000 x 9,000 pixels and a large sensor size of 1/1.52". ISOCELL Plus and Smart-ISO tech are also on board, which should allow the sensor to maximize photo quality no matter what lighting situation you through at it. Realme cameras have historically not been very proficient in low-light, so I'd imagine that's a key concern for this new system. 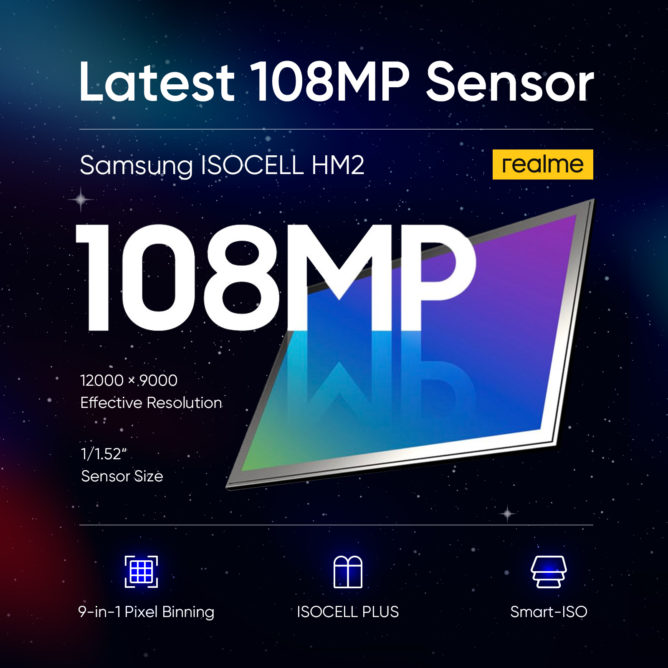 In terms of software features, Realme will offer a new 3x in-sensor zoom that will take eight separate photos to output a single 12MP image with enhanced clarity. In a lofty claim, Realme says it will beat the quality of some optical telephoto lenses — we shall see if that turns out to be the case. Other new features include a Starry Mode time-lapse video function in addition to the single still night sky photos currently available on Realme phones. This will output a one-second video comprising 30 photos taken over 480 seconds, although you'll likely need a tripod for this to work well. 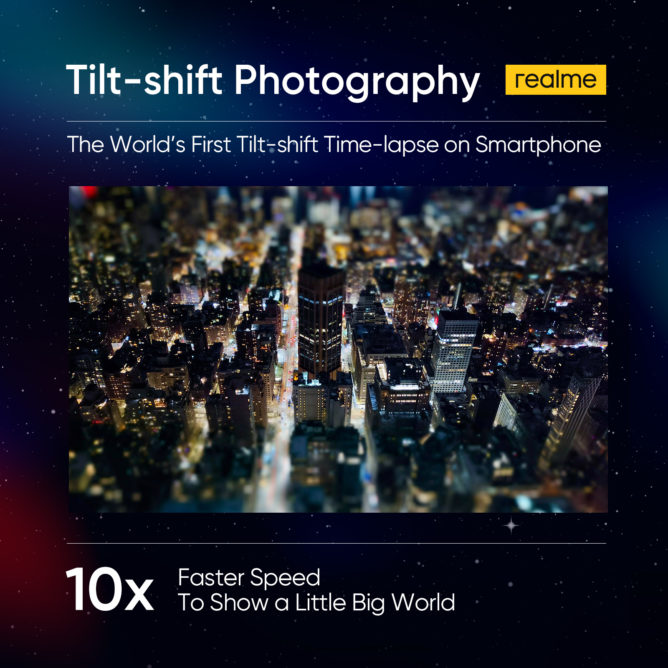 The most hyped new feature is what Realme is calling the world's first tilt-shift time-lapse on a smartphone. In addition to tilt-shift stills, Realme 8 series phones will be able to produce eye-catching time-lapse videos with customizable shape, angle, position, and bokeh metrics. Naturally, since Realme phones are aimed at teens and young adults, there will be a host of new portrait filters launched with the upcoming handsets, such as Neon Portrait, Dynamic Bokeh Portrait, and AI Colour Portrait. If you want your photos to be "trendier" — and who doesn't — Realme has you covered.

Take a look at the 30-minute presentation above if you want to find out even more about Realme's new camera system. We'll hopefully be able to put it through its paces when the Realme 8 series goes official in the coming weeks.