One of the many benefits of putting some modern tech in a watch is that you can track it if it manages to get lost. Samsung's smartwatches can not only buzz when they're nearby but can also be located approximately on a map when they're not in Bluetooth range. However, according to an end-of-service notice currently going out to owners, users will no longer be able to use Get Location to accomplish the latter. 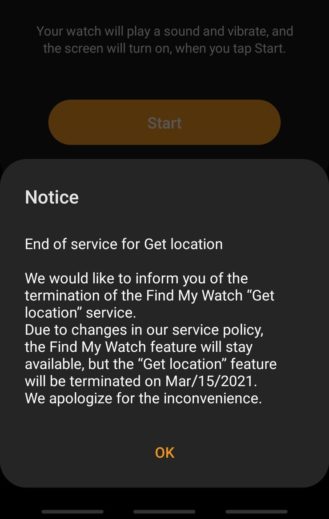 What softens the blow, however, is the availability of SmartThings Find, which was recently made available to these watches via a software update. The feature serves a similar purpose, with the major difference being that it's available in the SmartThings app instead of the Galaxy Wearable app (where Get Location is situated). This does cause some inconvenience to non-Samsung users as they will now have to download two different apps for a feature that only required one before.