Following Verizon's early teasing, Google has just released details about the March 2021 Feature Drop update, which should be rolling out today. Pixel owners can look forward to enhanced underwater photography when paired with a specific case, expanded Smart Compose support for some messaging apps, a snazzy new bedtime screen when using the Pixel Stand and Clock app, and wallpapers for International Women's Day. On top of that, Google promises more fixes for Android Auto disconnection issues.

In case you aren't familiar, every three months, Pixel owners get a special update. Rather than just the regular monthly security patches and sometimes-documented bug fixes, these every-three-month releases include extra features, and they're a definite perk to Pixel ownership. Previously they've added some sizeable features to the platform, like a wider rollout of car crash detection or new gestures.

This month, Google has formally announced the availability of the new Recorder features spotted rolling out last week, including backups and a new site for managing them, plus convenient link-based sharing like Google Drive. All of this landed last week, but now the rollout has been formalized — often, these Feature Drop updates consolidate features that land as both system updates and app updates together in one announcement. 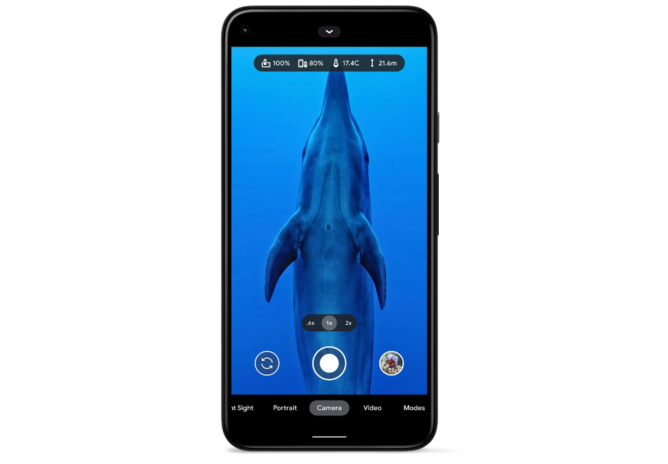 Google has also announced enhanced underwater camera photography when paired with the Kraken Sports’ Universal Smart Phone Housing. I expect Google will share more details about it the camera changes soon, but come summer, we can look forward to using features like Night Sight, Portrait Mode, and Motion Photos on our Pixels underwater — assuming you can stomach the housing's asking price.

This update also delivers the Smart Compose feature we're all familiar with now from Gmail to other "select" messaging apps. Google's documentation doesn't name names, but it will allegedly support WhatsApp, Facebook Messenger, Telegram, Slack, Hangouts, and Google Messages, among others.  Google Chat is also shown in the example above. Based on reader reports of the feature rollout, which started last week, it may be tied to a Gboard update, though we've also spotted it in Android Messages when using a third-party keyboard app.

This feature has been in the works since at least last year, and now nearly eight months later, we can enjoy it. 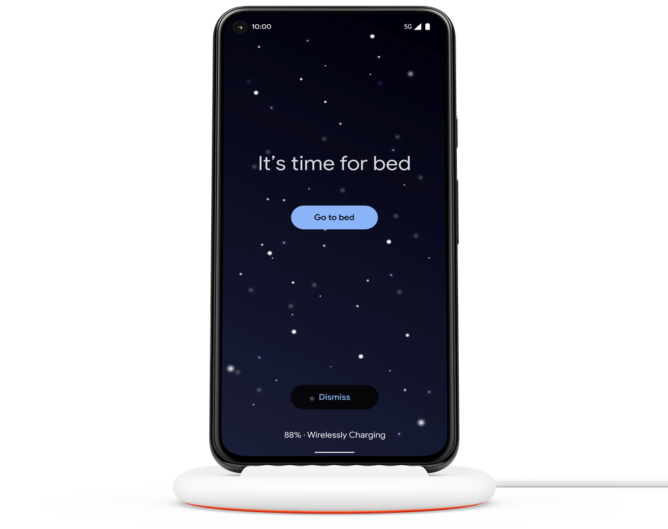 If you use the Pixel Stand and Digital Wellbeing's bedtime mode for charging at night, you'll be pleased to note that an enhanced bedtime screen for the Clock app is also landing as part of this update. Google claims it offers redesigned notifications and an interface like you can see above, though you'll need an expensive first-party Pixel Stand wireless charger to enjoy it. It's probably controlled by the Pixel Stand app, which had an update roll out just earlier today (downloadable at APK Mirror, if you don't want to wait).

Fun new backgrounds for International Women's Day on March 8th are also included with the update, and Google says the new heart rate and respiration monitoring feature, announced last month, will also land as part of this drop next week. 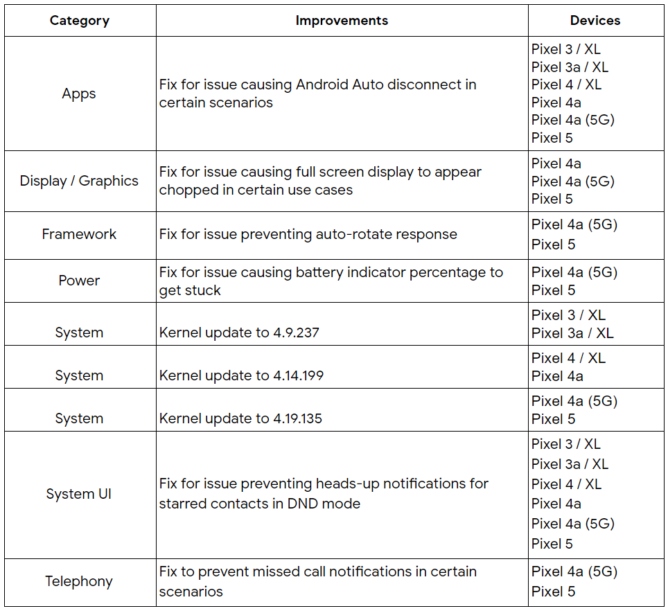 On top of these headlining changes announced in Google's blog, we also have some functional patch notes for the month, with several fixes and improvements across the Pixel lineup. All Pixels can enjoy reduced disconnects in Android Auto, and a fix for heads-up notifications for starred contacts in DND mode. The Pixel 4a 5G and Pixel 5 should see better auto-rotate performance and a fix for a stuck battery indicator. Plus, all Pixels are also getting updated kernels.

The update should be rolling out via the traditional means very soon. Factory and OTA images are available for manual installation if you're impatient, though keep in mind there are some Virgin/UK-specific carrier builds for some devices.

Feature Drop confirmed and rolling out

After Verizon's early announcement, Google published the full details for the update, confirming it is a Feature Drop (as expected). Our coverage has been updated. The update is also now rolling out.