Oppo isn't a household name in the US, but in Europe and other territories it's a common sight for buyers of budget and midrange devices alike. The company's Find flagship line (its equivalent to the Galaxy S) is being updated at an event in a couple of weeks, but a new leak is already managing to reveal pretty much all the info you could want on these upcoming phones.

The Find X3 series will come in three primary variants, just like last year: the Find X3 Pro flagship, X3 Neo mid-range, and X3 Lite budget options. The flagship's distinctive design element is a gentle slope on the rear case that rises to meet the camera module, instead of a sharp shelf or bump, though it's not present on the cheaper models. Oppo previously announced an advanced color accuracy system for this series.

The big daddy of the series (above, left) will feature a huge 6.7-inch 1440p AMOLED screen with the option for 120Hz refresh, driven by a top-of-the-line Snapdragon 888 processor. Around back it uses four different camera modules: a 50-megapixel wide angle and another 50-megapixel ultrawide, a 13MP periscope zoom lens, and a 5MP microlens for supplementary photo data. The phone can combine these for 5x hybrid and 20x digital zoom functions, with a 32MP front-facing camera to boot.

Other niceties include 12GB of RAM, 256GB of storage, an under-screen fingerprint reader, wireless charging, 65-watt fast charging, and an IP68 rating. The battery is a respectable 4500mAh component, all the better to help out with that 5G radio.

The Neo shrinks the screen slightly from the Pro, down to 6.5 inches and a 1080p resolution at 90Hz. It also has to make do with a Snapdragon 865 processor — which is still pretty fantastic as far as processors go. It uses the same selfie cam, but the rear cameras are shuffled around a bit: it swaps one of the 50MP sensors for a 16MP ultrawide, and drops the microlens for a more common 2MP macro camera. It also downgrades the ingress resistance to merely IPx4. Oddly, it has the same size battery as the larger phone, but loses the wireless charging option. 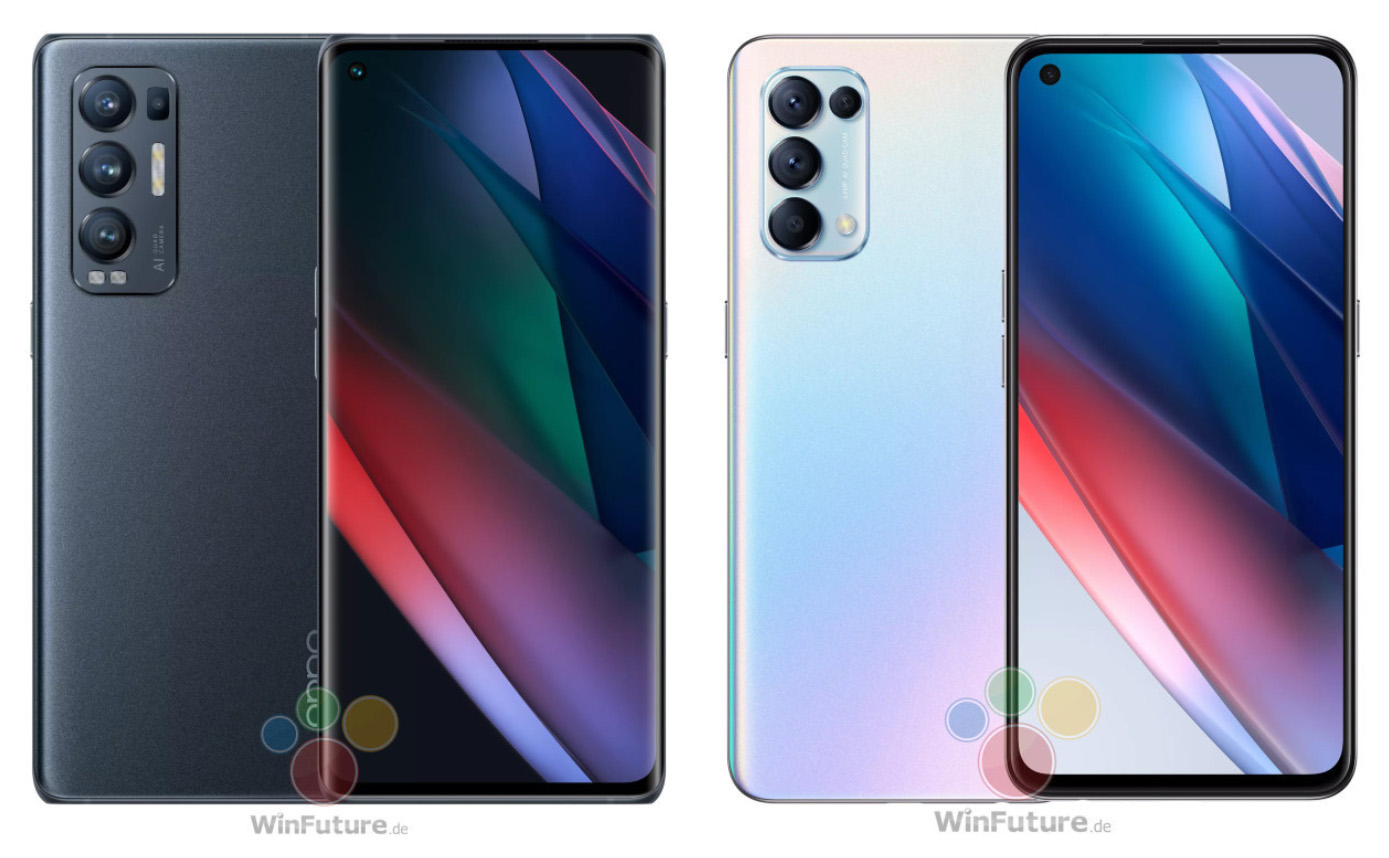 The Lite further shaves the screen down to 6.44 inches, but hangs on to the 90Hz option while opting for older Gorilla Glass 3 (the others have GG5). The processor is the mid-range Snapdragon 765G, the same one in Pixel 5 and 4a 5G. The rear cameras are shuffled around again: 65MP main, 8MP ultrawide, and two 2MP sensors for macro and depth, respectively. The X3 lite has to make do with IP52 resistance and a 4300mAh battery, but the biggest drop is in RAM and storage: down to 8GB and 128GB.

All three phones run Oppo's ColorOS 11.2, based on Android 11. They should be available to purchase in Asia and Europe shortly after the announcement event, planned for March 11th. There is no price info available for the phones, but last year's models launched at around $1050, $835, $520 in local currencies for the Pro, Neo, and Lite, respectively. As with most Oppo devices, there's no indication that they will come to the Americas.