Halfbrick Studios hit gold when it released Jetpack Joyride on iOS back in 2011, so the game was ported to Android in 2012 to capitalize on this success. Sadly it would appear that Halfbrick has been treading water ever since, though it's looking like the studio is going back to its roots with the soft-launch of a long-awaited sequel. This follow-up is called Jetpack Joyride 2: Bullet Rush, and it adds gunplay into the familiar auto-runner gameplay to spice things up. Currently, the game is only available in Canada, Australia, and New Zealand, so if you happen to live in one of these regions, you can jump in today to see how this sequel stacks up.

In conjunction with the newly soft-launched Play Store listing, Halfbrick Studios has released a trailer for Jetpack Joyride 2: Bullet Rush, which you can watch above. As you can see, Jetpack Joyride 2 is an auto-runner where you collect coins, but this time around, you can also expect to shoot guns as you run, which should add an extra layer of strategy to the game. We also know that Jetpack Joyride 2 is now stage-based instead of endless and that the main character now has a health bar, two points of contention in the title's Play Store reviews. These reviews also point out how these changes could lend themselves suspiciously well to aggressive monetization, which isn't a good sign of things to come.

So it's hard to shake the feeling that Jetpack Joyride 2 is simply more of the same with the primary changes consisting of potential monetization angles, so even though in-app purchases currently only range up to $4.99 per item, I have a feeling this will change on or after release, especially since the original title offers IAPs that range up to $119.99 per item.

Still, we now know Jetpack Joyride 2: Bullet Rush is coming to Android with the recent soft-launch in select territories, so it's only a matter of time before it's released to a broader audience. So if you'd like to take a look at the new Play Store page, or just so happen to live in one of the soft launch regions, you can navigate to the game's listing through the widget below. 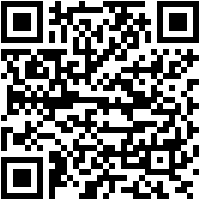 Chrome might automatically use desktop mode on Android tablets soon