Samsung debuted One UI 3.1 with its Galaxy S21 series but recently committed to bringing it to other Galaxy devices, including the Z Fold2. While the feature set is largely similar across devices, the foldable phone is getting a few more tweaks that cater to its unique form factor.

The first couple of improvements relate to multitasking — welcome additions to make the most of the tablet-sized internal display. It will now be possible to return directly to up to three previously opened multi-active windows via the recent apps menu on the main display and up to two on the cover display. There's also a new way to launch multi-active windows — simply long-press, drag and drop a notification.

Reachability has also been improved within the camera app's Flex mode; the position of camera controls is now adjustable. The preview window also gains delete and share buttons, making it easier to manage photos and videos. 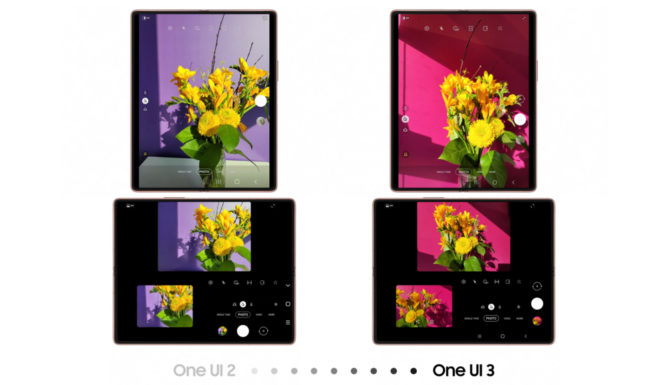 What's more, the notifications in the Quick Panel are categorized, and the weather widgets on the cover and main screens are synchronized (a bit absurd that they weren't already). There are also a few visual tweaks to the UI that include a redesigned vertical volume slider, updated light and dark themes, and a slightly updated video call interface.

The update rollout is already underway. If you haven't received it already, make sure to manually check for it in Settings > About device > Software update. Samsung doesn't make any mention of the OG Fold, so it's possible that these features will not trickle down to it.