Only a couple of weeks back, Twitter was said to be exploring ways to reduce its dependence on ad revenue by monetizing some of its features. A part of that leak turned out to be true as Twitter shared some details of its new subscription model — Super Follows — at this year’s Analyst Day.

For $4.99 a month, you can Super Follow an account that you want to financially support in exchange for some exclusive perks. Extra content, supporter badge, and subscriber-only newsletters are the key benefits of this paid subscription. 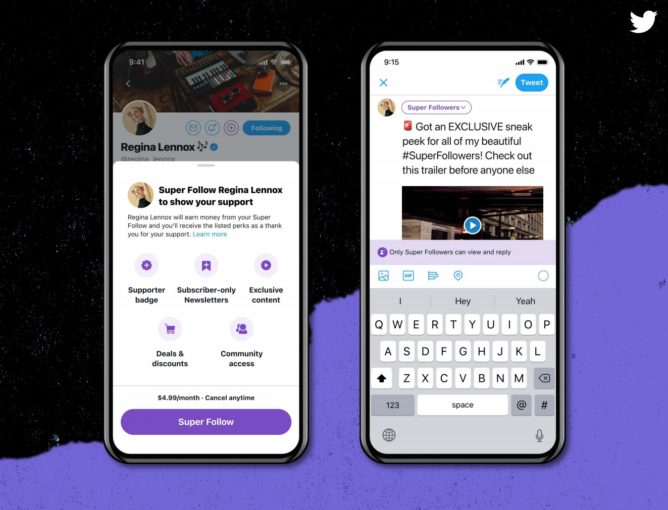 The rising popularity of platforms like Patreon among digital creators led both YouTube and Facebook to introduce their own direct payment alternatives. With Super Follows, Twitter is just following suit. However, Twitter didn't specify what cut it would be taking or if it would allow creators to change the subscription amount themselves.

Besides diversifying its revenue stream, Twitter has lately pushed more interactive features like Topics, Fleets, Spaces to drive user engagement. It’s now increasing the available Topics count to over 100K while also allowing more control over them. Among other user-facing changes, Twitter is also working on Communities, which is nothing but a replica of Facebook Groups that aims to bring like-minded people together.

There’s no word on when these features will go live for everyone using Twitter, so watch this space.