Much more than hardware, OnePlus has matured on the software front in its relatively short existence in the smartphone space. In all these years, OxygenOS has embraced some neat little features that, in their own imperceptible ways, make our lives much easier. We’ve always liked how OnePlus handles customizations and its myriad of accessibility features. Now that some of these OxygenOS elements have lately been creeping into stock Android, we’re left wanting more.

Here are seven OxygenOS features that we absolutely want to see in stock Android someday.

OnePlus supercharged the humble search bar on the app drawer with a feature called Scout. You can think of it as something like macOS’s Spotlight search, but for OnePlus phones — it’s that big a deal! Scout can go deep into your installed apps to show relevant search results from within each one of them. The best part is that it works across a range of popular apps, including Spotify, YouTube, Amazon... you name it.

For instance, searching for Jack Ryan will not only pull the search result from the Prime Video app but will also list a direct weblink to the show’s IMDb page. And it gets pretty accurate with almost anything you throw at it — it could be a file on your phone, app shortcut, contact, song, or even a simple calculation.

While Scout does add a lot to the overall OxygenOS experience, it’s currently exclusive to India. That leaves us wanting this neat feature to make its way to stock Android even more.

It's a tiny feature, but for those juggling time zones for work (including us bloggers deciphering dates for embargoes), it can be hugely useful, and I'd love to see it make its way into stock Android.

The OnePlus Games app (formerly called Game Space) is a one-stop solution for accessing all the games currently installed on your phone and keeping tabs on their individual usage stats. But that’s not the most fun part.

While you’re gaming in full screen, OnePlus Games lets you pull a little utility window from either of the top corners that neatly apprises you of your phone’s vitals and offers some nifty tools — and that’s where things get interesting. Without having to leave the game, you can adjust incoming notifications to minimize interruptions or even open a messaging app (WhatsApp, Telegram, and Instagram are supported) in a PiP-like mini window to chat with your friends while taking down your opponent. 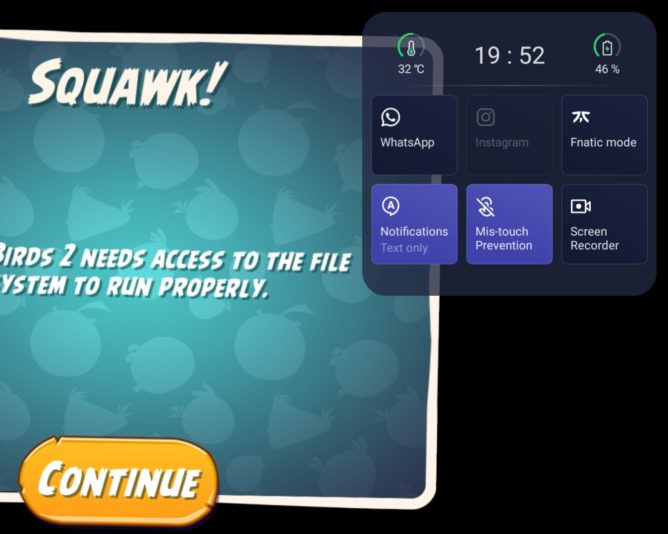 I can already see a OnePlus Games-like tool becoming all the rage among the wildly growing niche of mobile gamers and streamers, especially the built-in screen recording feature that recently got the ability to save the past 30 seconds of gameplay. There's a glimmer of hope that we might get to see something like this on Android 12 itself.

One of OnePlus's most useful tools, going all the way back to the era of the original OnePlus One, is all the so-called "quick gestures" it supported — and we're not talking about any new-fangled navigation systems. These are a collection of customizable input methods that work even when the screen is off to provide you quick shortcuts to useful features, like drawing a quick "V" shape to turn on your phone's LED light at night, or swiping a circle to launch the camera.

But the gesture-based utility doesn't just end with a few system shortcuts. You can also tie the screen-off gestures (there are five that you can configure) to open whatever apps you want, plus extra dedicated controls for music.  You can even configure a screen-on three-finger swipe top trigger a screenshot — honestly a pretty useful feature for some folks. 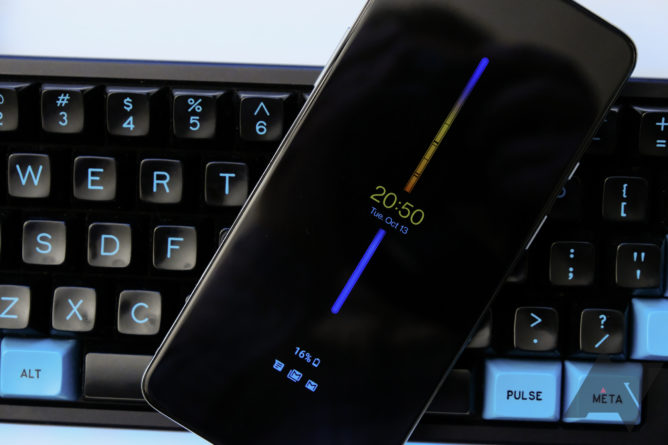 It took countless user appeals and months of deliberation before OnePlus could finally come out with its own always-on display feature — and the implementation was well worth the wait. While you’ve still got those plain old clock-style layouts, OnePlus’s Insight AOD bar adds a dynamic indicator, bringing your phone unlock count and screen time front and center. We actually quite liked those additional insights in our OnePlus 8T review. This thoughtful approach goes much further than Google’s bare and boring always-on display and entirely separate digital wellbeing stats.

We'd love to see stock Android inherit OxygenOS's far superior volume controls, which simply expand out of the existing floating slider with additional channels, rather than taking over basically the entire screen. Sure, we might not get the text descriptions, but it's a whole lot more attractive, and it doesn't consume the whole display.

Updated to include OnePlus Scout, Games, and Insight AOD.