Google Recorder has quickly become one of the best audio recording applications on Android, even though it's only officially available on Google's own Pixel phones. Backup support was announced earlier this week, and now it's finally rolling out.

Google Recorder 2.2 adds synchronization support for the new recorder.google.com web app, where recordings can be uploaded for easy access later on other devices. The web app can play your audio clips along with the transcribed text, and you can even share them for viewing by others. If you want to keep your recordings on-device, you'll be happy to know that online backups are completely optional. 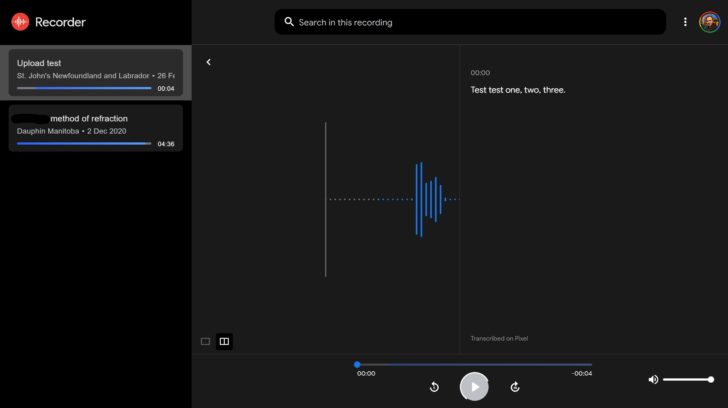 Pixel devices can get the update from the Play Store, and if you have a different phone or tablet, you can try your luck with downloading it from APKMirror. You'll probably run into the dreaded INSTALL_FAILED_VERIFICATION_FAILURE error, which might be fixable with these instructions.