It's been more than two years since Amazon Music made its first appearance on Android TV, but at the time, the service was restricted to the Nvidia Shield TV. That is no longer the case, as the app is now available for all Google TV and Android TV sets, set-top boxes, consoles, and soundbars.

If you live in the U.S., U.K., Canada, Brazil, Mexico, Germany, France, Italy, Spain, India, Japan, and Australia, you can look for the Amazon Music app on the Play Store of your Android TV unit. Both free and paid subscribers can use the app, with the former getting access to ad-supported playlists and stations, and the latter being able to enjoy on-demand tracks from the service without any ads.

It's worth noting that the phone version of the Amazon Music app can already cast to Android TV, but having the full-fledged library and being able to browse and choose your music directly on the TV is certainly a nicer experience. I was able to install the app on my Chromecast with Google TV in Lebanon (using my US Play Store account), but I can't get past the code page. Even after inserting the correct code on the web, the app doesn't activate. It's possible that the app is geo-restricted, so even if you can grab it somehow outside of the approved countries, it won't activate properly. 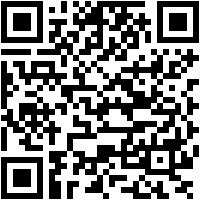