Telegram is already one of the most feature-rich messaging apps out there, but that doesn't seem to stop the developers from constantly churning out new updates. The newest v7.5.0 introduces a bunch of new features, the most notable ones being the ability to auto-delete messages and new widgets.

Auto-delete needs to be enabled manually (Tap ⋮ > Clear History > Select duration) for each chat, and there's an option to choose between 24 hours and 7 days. Once enabled, you'll be able to see a countdown to the deletion time of the messages. In groups and channels, only admins will be able to set countdown timers, though. 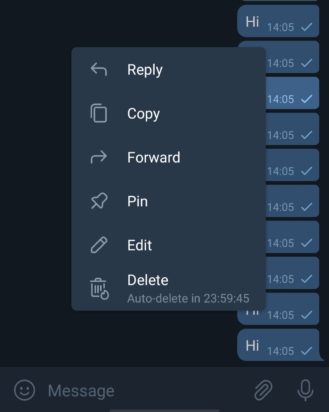 The Android client also receives two new widgets; a Chat Widget which shows a preview of recent messages, and a Shortcut Widget which only shows names (customizable) and profile pictures. These were first spotted in a beta a few days ago.

The new update also introduces a few new improvements to group invites. You can now convert invite links into scannable QR codes. Additionally, invite links can now be set to work only for a limited time or number of uses. It will now also be possible to see which users joined using each link — a good accountability measure.

What's more, groups that have exhausted the 200,000 user limit can be converted to Broadcast Groups with truly unlimited numbers. Chat Import and Reporting System have also been improved.

The v7.5.0 update is already available on the Google Play Store, but you can also choose to grab it from APK Mirror.

Pixel phones might get customizable lock screen clocks in Android 12