First in line is Password Checkup for Android, a tool that helps you keep your passwords secure by notifying you if your credentials have been compromised. As you might expect, this feature only works when you use Google's password manager (or "Autofill by Google"), and it runs on the same technology that fuels the Chrome version of Password Checkup, introduced back in 2019. It securely checks your passwords against lists of known leaks, and will notify you and ask you to change your password once it notices a match. Google is also making biometric authentication and password suggestions official for its autofill tool.

You can read more about the new autofill features in our dedicated post on the topic. 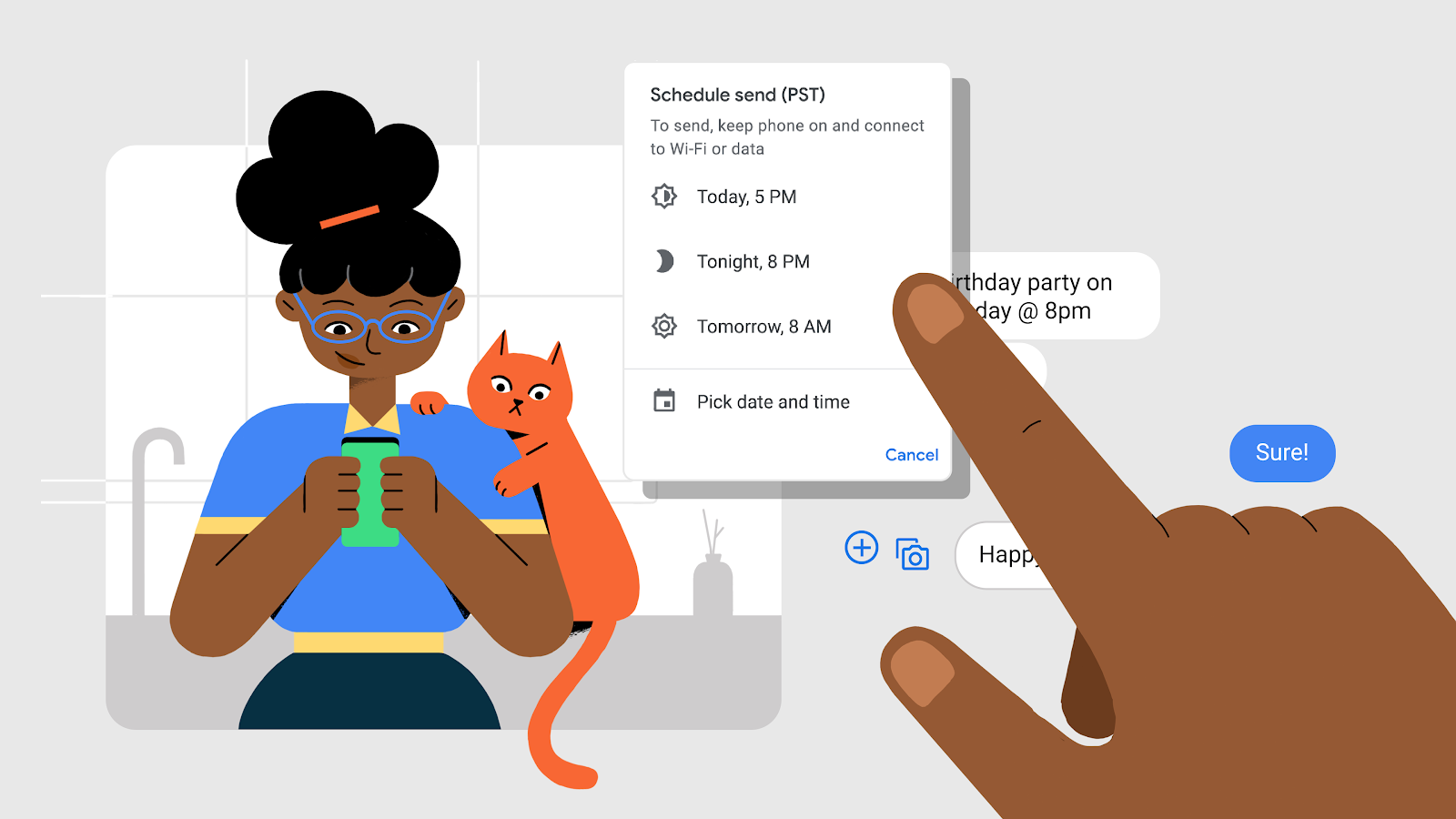 You may have heard of the ability to schedule texts in Google Messages already as Google first started testing the feature in November 2020. Now that it's official, we know that it will eventually reach everyone using Google Messages on Android 7 or higher. To schedule a message, tap and hold the send button and select a date and time.

Read more about this in our dedicated article. 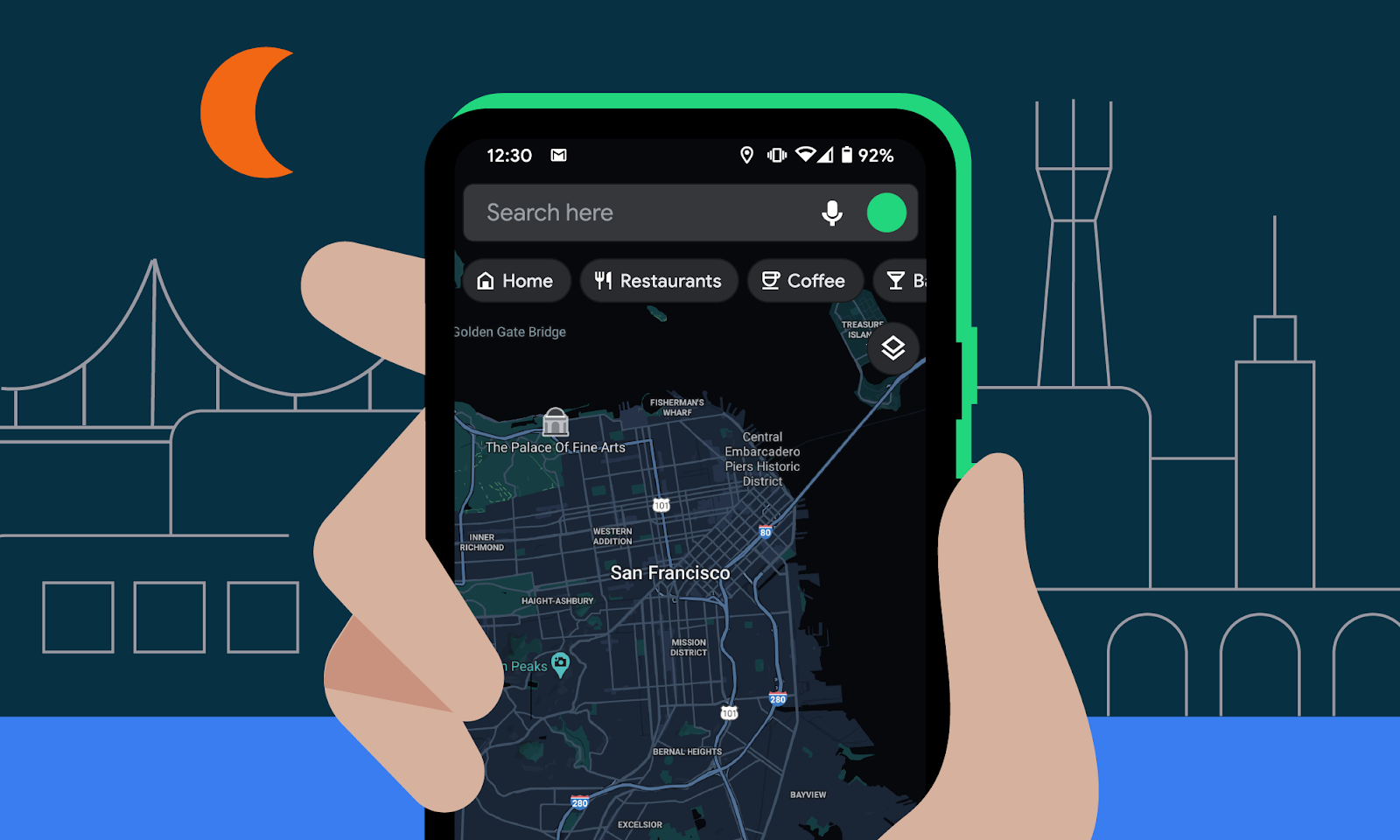 We've had it coming for more than a year now, and today is finally the day: Google is officially introducing a dark theme for Maps. It's starting to roll out today and "soon expanding to all Android users globally." You can turn it on manually in the Maps app settings once it's available to you, but by default, Maps will respect your system theme.

Check out some screenshots and more details over in our dedicated article.

Custom wallpapers, shortcuts, and Assistant games are coming to Android Auto today. We already spotted the former two, but the games might be a fun pastime when you have kids in your car. Voice-only activities like trivia and Jeopardy are available when you say, "Hey Google, play a game." There's also a new privacy screen incoming that allows you to control when your Android Auto appears on your car display.

Read more about the Android Auto updates in our dedicated post.

Years ago, you could access nearly any (voice-activated) feature you could ask for without unlocking your phone by talking to the Assistant. Google has long done away with this security nightmare for the most part, but in the name of convenience, it's bringing back a few options — and they're already live for most. When you opt-in to Lock Screen Personal Results in the Assistant settings, you'll be able to send messages via voice and make phone calls, all without having to physically interact with your phone. Google is also rolling out new, bigger answer cards that are easier to read when your phone is a few feet away on a table.

You can read more about the hands-free Assistant actions in this article. 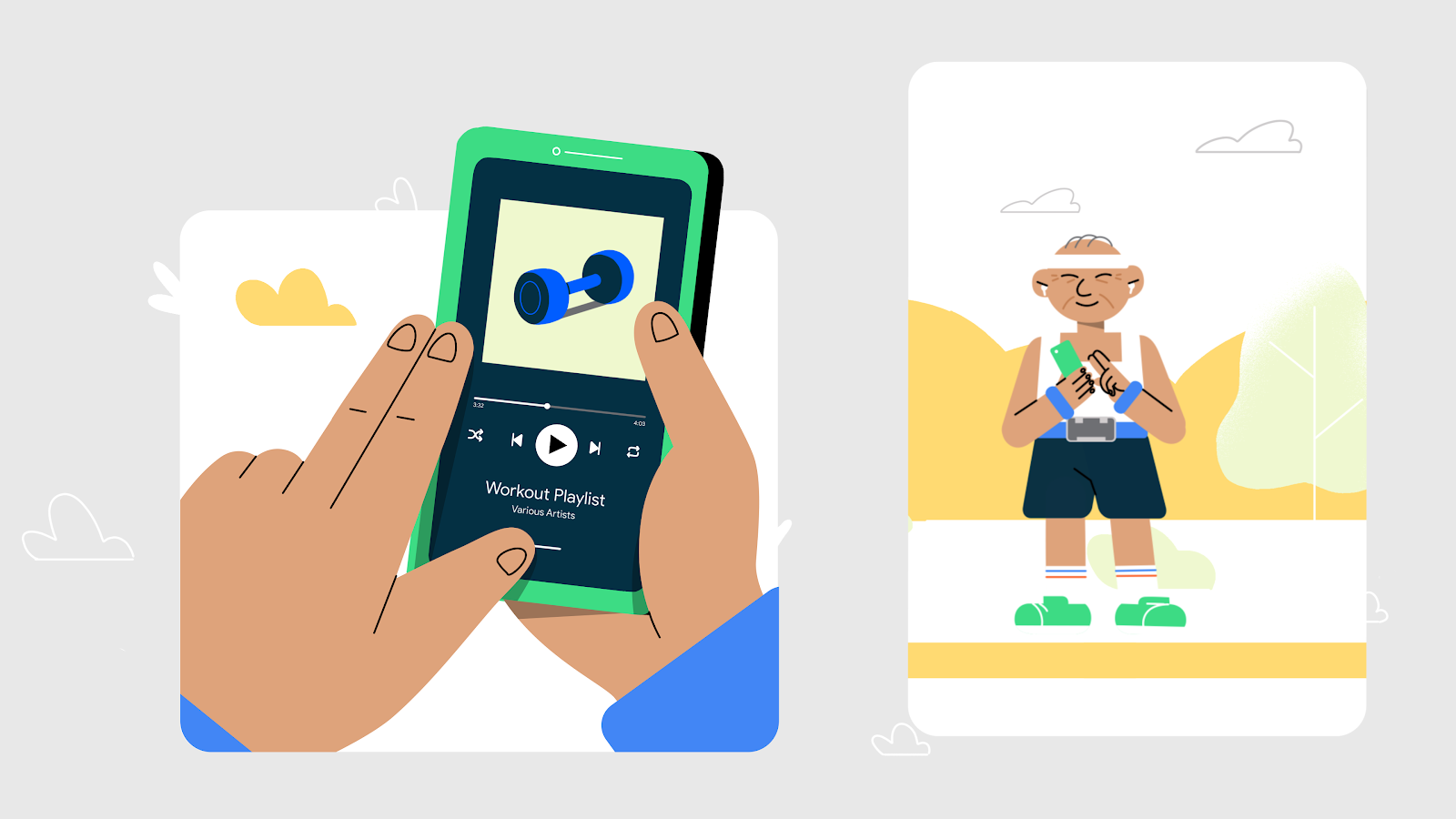 On the accessibility front, Google is rolling out a brand-new version of Android's screen reader, TalkBack. It gives those with visual impairments an easier way to navigate smartphones. The revamp has been co-developed with Samsung and blind and low-vision communities. It comes with more intuitive gestures, a unified menu, and new reading controls.

Google has added a dozen "easy-to-learn" multi-touch gestures, first available on Pixel phones and Samsung Galaxy devices running One UI 3 and higher. The gestures will make it easier to interact with apps and will help select and edit text, control media, and find help, eliminating the need to jump through multiple menus just to stop music.

For example, changing the reading controls is getting easier: You can simple swipe left or right with three fingers to switch between skimming through an entire page, headlines-only, word-by-word, or character-by-character. When you swipe up and right, you can use TalkBack's new voice commands. The gesture will stop Talkback from talking, allowing you to use over 25 different commands like "find" to locate text or "increase speech rate."

Google is also reducing the amounts of menus the visually impaired have to navigate, combining them all into one contextually aware solution. Google says that some actions "such as link navigation or editing controls will only appear if they’re relevant to the current context."

Lastly, there are two new braille keyboards: Arabic and Spanish.

The company has added a tutorial going over the changes to make the transition easier, and you can read a Google blog post for a detailed overview of all the new options.

While we've spotted most of these features over the last few months already, it's nice to have confirmation from Google that they're here to stay. With the company a/b testing so many changes, it's hard to keep track of what's making the cut and what's going back into the drawer. Even though this isn't a Pixel feature drop, we sure wouldn't mind Google communicating new capabilities and product updates to the public in this fashion more often.