Telegram only recently gained huge momentum thanks to people switching from WhatsApp due to the upcoming new terms of service, but the company isn't resting on its laurels. TestingCatalog took an extensive look at the latest Telegram Beta, version 7.5, and found quite a few forthcoming changes: The update introduces widgets, QR codes for joining groups, and options for reporting content. 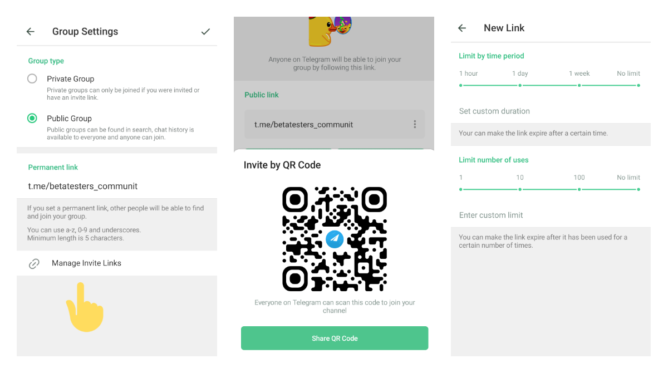 On the group and channel front, it's now possible to invite users via a QR code, which could make it easier to get members on board when you meet people face-by-face. The update additionally introduces support for limiting group chat invite links, either allowing people to use a link for a specific amount of time only or until a member limit is reached. Group admins will also be able to set up a custom timer to auto delete group messages, though we haven't been able to spot that feature for ourselves just yet. 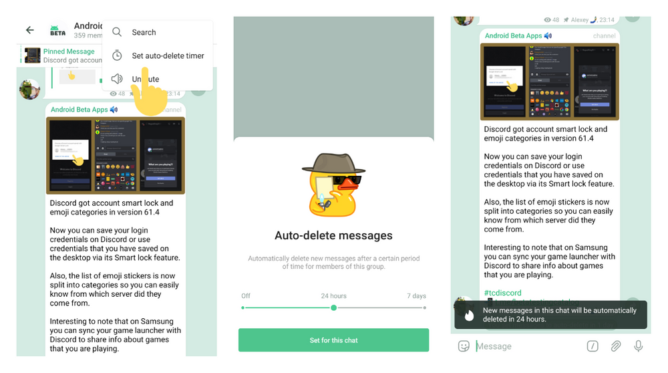 Starting with this version, users will be able to report messages to Telegram moderators for spam, violence, child abuse, pornography, or "other." It's even possible to report multiple posts at once. We haven't been able to spot this option for ourselves just yet, but we imagine this will only be available in (public) groups. Presumably, this is Telegram's reaction to rising concerns about  misinformation and propaganda being spread via the app in some countries like Germany. 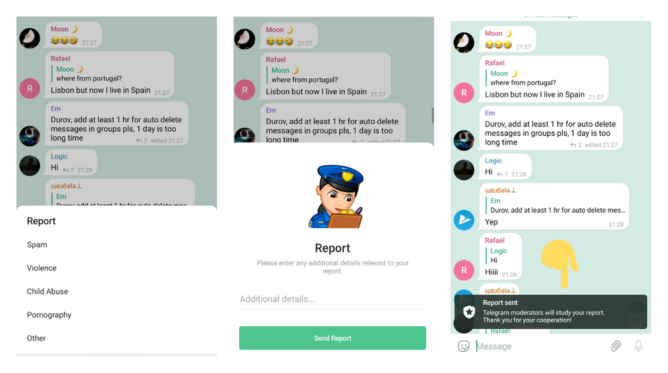 Version 7.5 also introduces two widgets. There's a small 2x2 variant with space for up to four thumbnails with unread markers and a bigger 5x2 alternative that shows you short previews of your chats and channels, much like its WhatsApp counterpart. The widgets are populated with your most interacted contacts by default, but you can choose your own preferred chats in a dialog that pops up when you add one of them on your homescreen.

TestingCatalog also found evidence that Telegram is working on a new chat type called broadcast group, which is similar to a channel, but allows selected members to chat and comment. It isn't possible to create these groups as of now, though.

The Telegram Beta isn't available on the Play Store at all, so you'll either have to wait or install the separate APK from Telegram's repository on Microsoft App Center.