The Spotify Android app hasn't seen a major design overhaul for a few years now, but it does get incremental updates on a regular basis. The latest section of the app to get a new lick of paint is the library, which was last upgraded in 2019 to accommodate podcasts.

With this latest update, Spotify is making the library much more intuitive. You now start on an all-encompassing library page that displays playlists, artists, and albums in one feed, based on how recently you played each entry (by default). Previously, you'd start in the playlist section. The three tabs remain at the top in case you want to delve into one specifically, but this also means that you can easily search across all the categories (including podcasts) rather than limiting your results. The ' Create playlist' button has moved to the top right next to the new search button, too.

Each screen has a sort selector at the top of the feed, which is now much easier to access, and there's also a new option to display everything in a grid.

The current library UI, for reference.

On the whole, this feels like a considerable improvement over the current library interface, although it's unclear if/when this will roll out to everyone. So far, only Rita seems to have it (v 8.6.2.774) and we're both on the same version, so it seems to be a limited server-side test for now.

Some more screenshots of the redesign UI.

We'll keep an eye on the situation and let you know once the new library UI starts rolling out to more people. We've also been sent a tip purporting to show a new now playing interface (below). 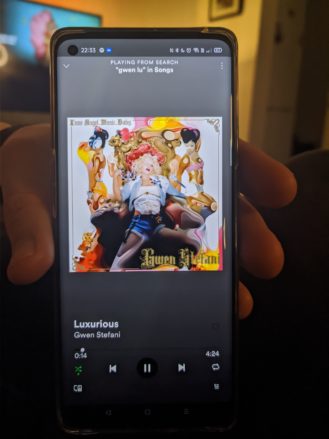 We can't yet verify this one, but it looks like another server-side test. It would also represent only a slight change to the current now playing screen. Stay tuned for more on that when we get it.

Tip: Google Assistant can help you manage your phone's battery life, even remotely