The system tray has been an integral aspect of the desktop experience since Windows 95, holding app icons and system information useful to the user. While the Chrome OS tray is tidier than Windows', a few areas are perhaps too simplistic. For years, many Chrome OS users have been requesting the ability to show the date next to the clock. It looks like Google is finally listening to feedback, as new code confirms changes coming to the Chrome OS system tray.

Since January, we've been tracking a new Chrome OS feature, Scalable Status Area, in the Chromium Gerrit. Over the last few weeks, more information about it has emerged from the repository. A merged commit offers an overview of the feature: show the date in the system tray when the screen is sufficiently large. Alerts will also be pinned next to it.

To elaborate, "important notifications" are persistent app messages and system alerts that aren't dismissable by the user, ranging from software updates to Google Assistant timers. If we look inside unified_system_tray_model.cc in this commit, we can get a better picture of how the "scaling" logic works: displays larger than 800 pixels wide will show a persistent notification's icon in the tray. Chrome OS will also add the date if the user's display is over 1280 pixels wide.

// The minimum width for system tray with size of kMedium.
constexpr int kMinWidthMediumSystemTray = 800;

// The maximum width for system tray with size of kMedium.
constexpr int kMaxWidthMediumSystemTray = 1280;

With some effort, we enabled the Scalable Status Area in the latest Chrome OS 90.0.4414.0 Canary update. Here's a closer look. 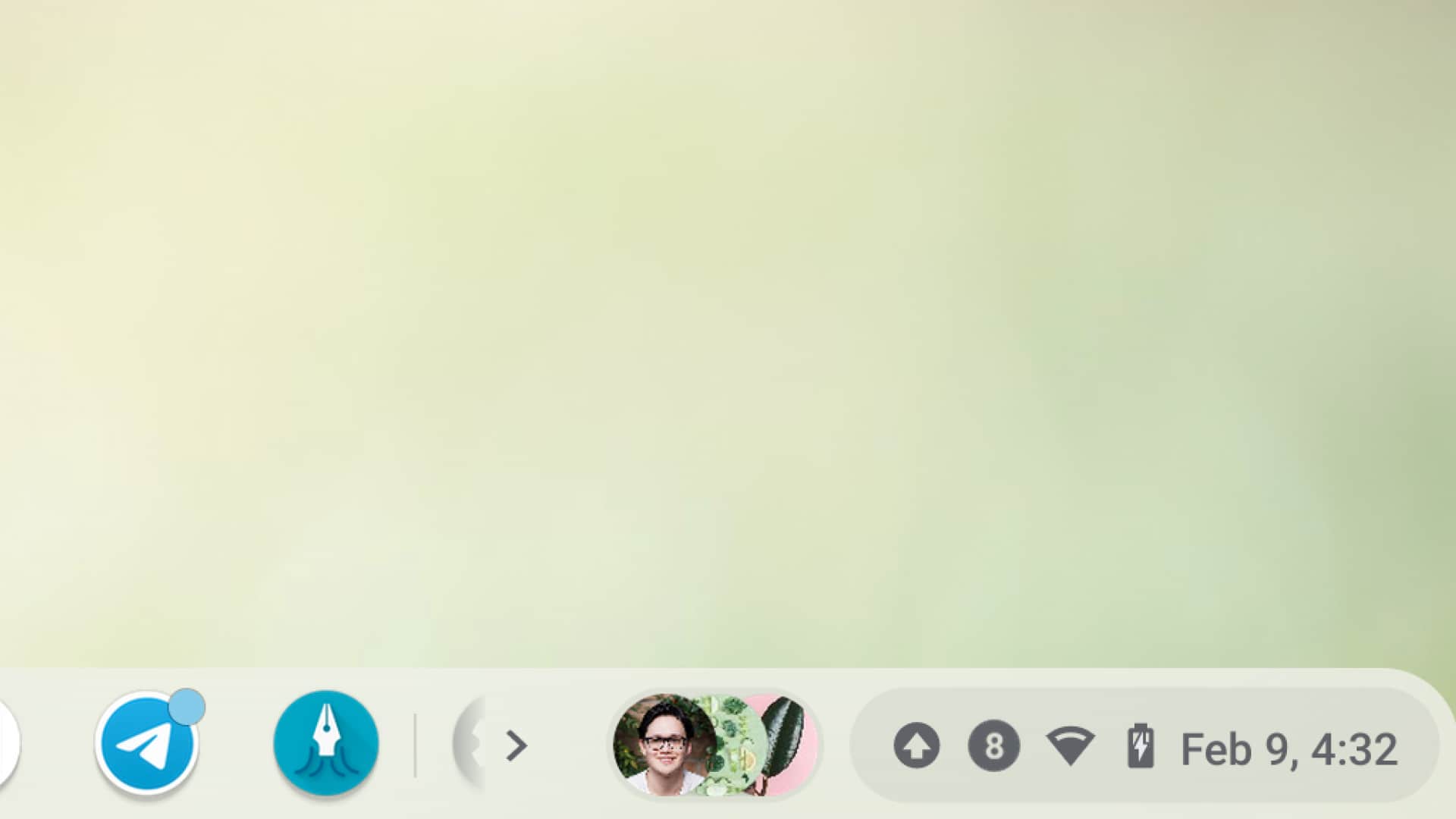 The change is immediately apparent by the shelf's elongated tray. On my Chromebook, Chrome OS pinned a Restart to Apply Update to the left of the notification counter. At the right corner of the tray, you'll see the date next to the clock and battery indicator, shown as "Feb 9, 4:32." Moving the shelf to the left or right side of the screen will prevent the date from showing up, presumably caused by the lack of available room.

Scalable Status Area looks to solve multiple user complaints by adding a glanceable date and important notifications to the system tray. I'm hoping this will pave the way for a mini-calendar widget accessible directly from the clock. At this time, it's unclear if a toggle to disable this feature will be available for setup minimalists when it lands in the Chrome OS Stable channel—time will tell.

We've spotted an exciting commit at the Chromium Gerrit that hints at a simple calendar widget coming to Chrome OS in the not-so-distant future. The change is part of a broader initiative to move the date into the tray, which may not depend on the Scalable Status Area feature. A developer alludes to the highly requested calendar widget in a commit merged today, commenting that the date in the system tray will land separately from the Scalable Status Area feature.

We decided to put the changes in the date into later launch since this change is consistent with the calendar widget feature. Moved the change to a different feature flag.

Details about how the calendar widget will work are sparse at this time, so it'll take a bit more waiting to see what it turns out to be. Adding a calendar widget to Chrome OS will undoubtedly be paramount for those following a schedule, event, or reminder. We'll continue to keep an eye out for changes and will follow up when we discover more.