The Android 12 Developer Preview lands today! Breaking with the expected schedule, Google has just pushed out our very first taste of the next version of Android, available now for the Pixel 3 series, 3a series, Pixel 4 series, Pixel 4a series, and the lonesome Pixel 5. Developers that this release actually targets can also get their Android 12 on via Android Studio's emulator.

We're already diving into this latest release for our usual feature-level coverage. As usual, Google has pushed out a mostly developer-centric changelog with its announcement. While much of it has to do with things like APIs, activities, and services, there are a few highlights worth pointing out:

A handful of security and privacy-targeted changes like some cookie adjustments for WebView, MAC restrictions, and controls for device identifiers are also included. Curiously, Google doesn't mention the microphone and camera indicators that previously leaked. They may not be enabled in this version, they could be hidden, or they may have just escaped the announcement. Often we'll spot pretty obvious changes that Google simply glossed over mentioning in these developer-targeted blog posts, after our initial publication we did.

Highlighting some of the changes we found that Google didn't mention:

There's also a new change to how foreground services can be started, which could have significant implications that we'll need to dig into some more. However, it sounds like Google is doing what it can to minimize any detrimental effects. 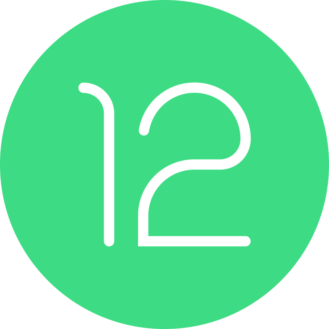 For developers: App-facing changes are currently opt-in in Android 12, giving you more time to make changes. Many of them are also toggleable in developer options or ADB, in case you need to troubleshoot any of the new changes or examine their effect individually. As usual, more non-public APIs/non-SDK interfaces are getting locked down in Android 12, so be sure to check out the full list if you're worried about anything your app might be using. The final platform stability milestone is set for August, so you've got until then before APIs and behaviors are written in the final release.

We've also got the skinny on the full schedule for Android 12's slow release: Three previews are planned (two, counting the current one), plus four betas. We might also get a "release candidate build" — Google mentions it in one list, but it's not included in the image above.

The Android 12 Developer Preview is also available for Android TV, via the ADT-3 developer device. And that release doesn't just have ATV-related system changes, developers can also check out the Google TV experience from the new Chromecast with Google TV.

As we've repeatedly noted in our coverage until now, this first preview release is super, very, and explicitly not for general consumers, targeting developers only. We urge most of our readers hoping for an early look to hold off at least until DP2 (if not the later, more stable beta releases) and satisfy themselves instead with our coverage. If you really wanna, though, we've got instructions here.

Pixel Launcher gets a 4x5 grid size option on Android 12

Pixel 5's hole punch can be hidden on Android 12