The system settings are feeling a little blue on Android 12. While not too much has changed when it comes to the general layout and iconography, the background has gained a light blue look, visible in all panels except for the top level menu. Coupled with the light blue notification shade (or a dark blue variant when using dark mode), we presume that Google might be prepping some theming options.

Other than the new background, there are only a few changes to the settings app. There's a new rounded search bar that's more in line with Google's recent interface decisions, and it looks like the suggestion chips populating the area below the search bar are gone — at least they haven't appeared for us since installing the developer preview, though they might very well return at some point in the future. 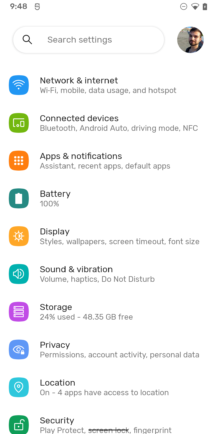 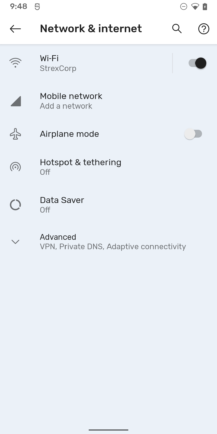 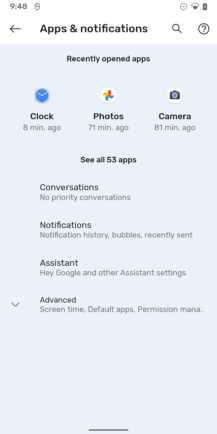 But the blue-ish background is interesting. More extensive theming has been teased in a leak ahead of the developer preview release. You could see a notification shade dunked into a beige color that looked like it was inherited from the wallpaper. So far, we haven't been able to recreate that.

We tried tweaking the color by switching to a different style in the Pixel Launcher settings, but both the notification shade and the settings app retained their blue tints. Tweaking the wallpaper was to no avail, either. But when you compare the leaked Android 12 mockup and the current work-in-progress look, you don't need a lot of imagination to think that Google might pull the colors from the wallpaper in the future. 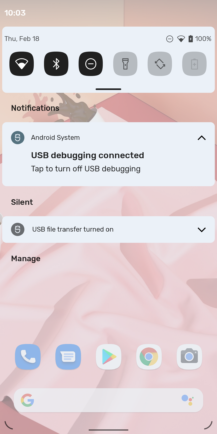 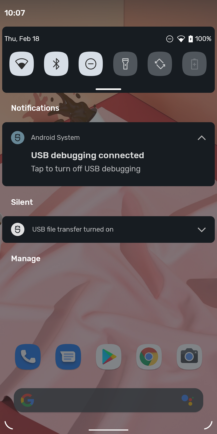 Since this is the first developer preview, and the proper betas are still way ahead of us, we can only assume that this light blue tint is the foundation for improved theming support, making for a much more personal look across your phone. By itself, the new background for both notifications and the system settings just doesn't make sense.

Android 12 has an iPhone-style one-handed mode