Audio communication seems to be the next big focus for Twitter. Last year, the micro-blogging platform introduced audio tweets (on iOS, anyway) and began testing its answer to Clubhouse, Spaces (again, iOS only). Now, it's experimenting with voice messages in DMs — a feature that's been available on social platforms such as Facebook and Instagram for a while now.

According to Twitter, the feature is only being tested in India, Brazil, and Japan at the moment. It is represented by a purple spectrogram icon in DMs, and it replaces the "send message" button, which will reappear when you're typing a text message. Interestingly, there's a 140-second limit to audio messages reminiscent of the previous 140-character limit for tweets.

🎤test,🎤test: Starting today, you'll be able to record and send voice messages in DMs 😉 Here’s how👇

PS. The experiment will be rolled out in phases. pic.twitter.com/aqQM6h9sof

Once you record the note, you can replay it before sending it across. Alternatively, iOS users can quickly send their notes by holding down the record button and swiping up once they're done recording. Like regular text messages, these voice messages can also be reacted to with emojis. 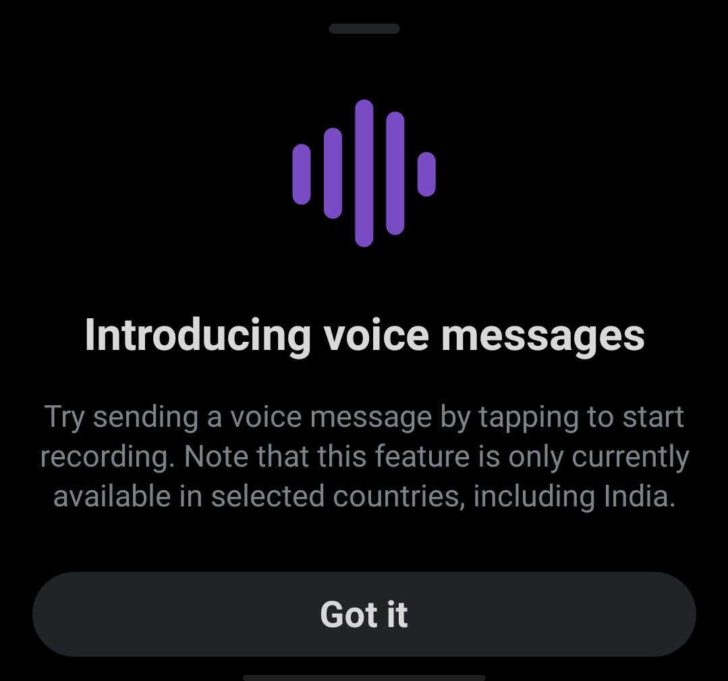 Since this is an experiment, you may or may not have the feature just yet. If you do get it, though, Twitter will notify you with a prompt like the one above.