According to a filing at the UK Intellectual Property Office (first spotted by 9to5Google), Carl Pei's new company Nothing has purchased Andy Rubin's Essential. The acquisition was completed on January 6th, and while Nothing's ultimate goals still remain frustratingly unclear beneath an obscured layer of fake viral social media hype, this could indicate that smartphones are a goal.

Although Essential didn't last for very long, and its single phone was both overpriced, over-hyped, and under-delivered, the company at one time had at least two follow-up devices planned, but it died not long after revealing its plans for a stripped-down smartphone. Back in 2017, the company also had abstract plans for smart home goods, but we're told by an ex-employee they were quite bad, and clearly didn't pan out. Ultimately, of course, Essential died early in 2020, likely in part due to allegations surrounding Rubin's sexual harassment during his time spent at Google, the massive payout he received when he left, and his outsize role at Essential.

Following that, some former employees spun up a new privacy-centric company called OSOM Products, which plans to create its first Android-powered product next year. Though the company has staunchly refrained from explicitly stating it will be a smartphone, it sounds like it could be. 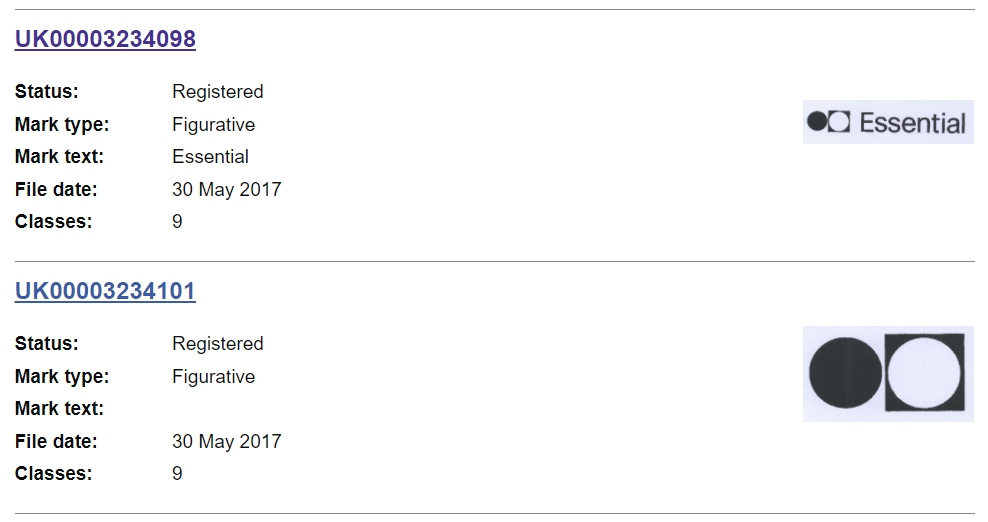 Above and Below: Details on the UK Intellectual Property office, describing Essential's trademarks and their change in ownership. 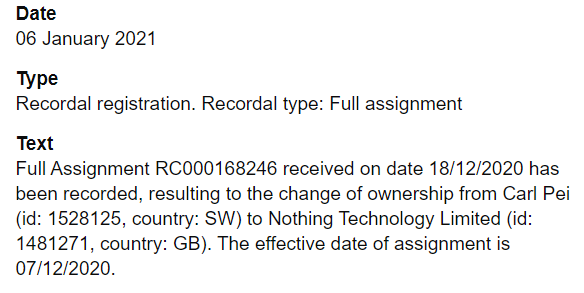 As part of this acquisition, Pei's Nothing would now own whatever assets remained in Essential's dead hulk, presumably including any company-owned IP and patents on top of basic branding, any existing contracts, and whatever physical assets or cash remained, though we should point out the precise details behind the deal aren't public and could easily have exclusions. It remains to be seen if Nothing plans on actually using Essential's branding — and given the fallout surrounding Rubin, it might not be a wise move — but the company could also pick up any remaining employees left following the formation of OSOM Products.

Nothing has been building plenty of hype, as Pei's companies are known to do, but it doesn't have too much to show for it, yet, outside piles of funding from Google parent Alphabet's VC arm and the backing of big tech names like Casey Neistat, Tony Fadell, and Kevin Lin. 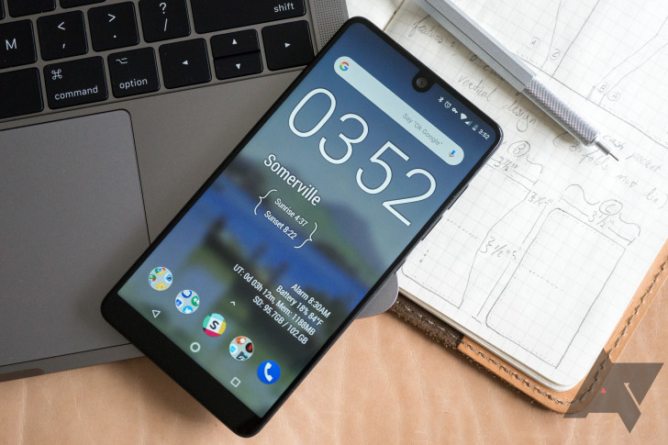 Essential's only standalone product: The PH-1

All we know really surrounding Nothing is that it plans on releasing hardware this year, with wireless earbuds coming this summer. Essential is most known for its only real product, the PH-1, and this acquisition could indicate that Nothing has plans to enter the smartphone market and compete with Pei's old company, OnePlus. However, Essential also had at least some smart home chops with its abandoned products and experience making high-end phone accessories, which meshes better with what we know of the company's currently stated short-term goals.

Whatever happens, I'm sure we still have months of non-announcements to look forward to as Pei's perpetual hype machine tries to build even more viral marketing out of Nothing. We'll be sure to let you know if and when they actually have something to show for all of it.