Xiaomi is known for making some of the most popular affordable phones worldwide, but recently, it's been making some eye-catching flagships too. The Chinese smartphone company has already announced its Snapdragon 888-powered Mi 11, but its true flagship, the Mi 11 Ultra, is yet to come. However, we won't have to wait to get a glimpse of the phone. It has already been leaked in a hands-on video, and let me tell you one thing — IT IS CHONK.

The video was shared (now set to private) on the Philippines-based tech channel Tech Buff PH, and it allegedly showed two units of the unreleased Mi 11 Ultra — one black and one white. While it's difficult to confirm if this is the real deal or some early prototype, the model number — M2102K1G — shown at the back corroborates with a Xiaomi phone that recently got certified by India's BIS. That, and several shots of the phone running on MIUI 12.5 in the video, does add some credibility to the leak. 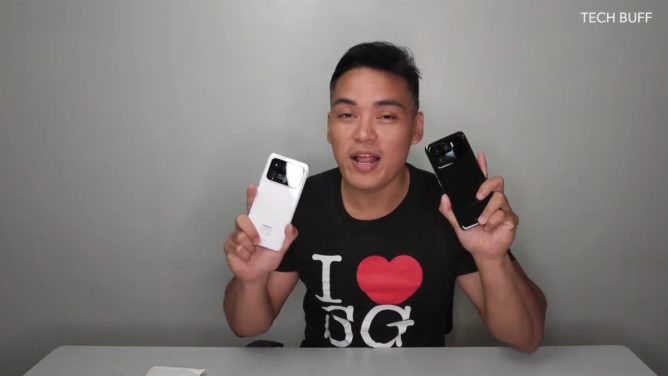 The first thing you'll notice is the massive camera bump that spreads evenly across the top of the phone. According to the YouTuber, the camera setup consists of a primary 50MP main sensor, a 48MP ultrawide lens, and a 48MP periscopic telephoto lens with up to 120x zoom (like the Mi 10 Ultra). 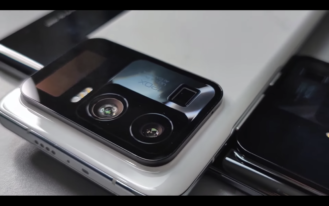 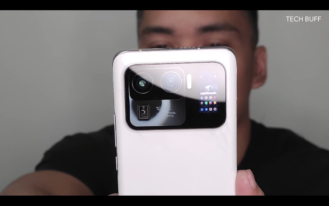 Interestingly, cameras aren't the only thing that the module hosts — there also seems to be a tiny display that can mirror the main display. Since this doesn't seem to be a touchscreen, it'll most likely serve as a viewfinder to take selfies with the primary camera setup or even show notifications when the phone is placed upside down on a surface.

The primary display is said to be a 6.8-inch OLED display with a WQHD+ resolution and 120Hz refresh rate. It's protected by Gorilla Glass Victus, which debuted on the Note 20 Ultra last year. Other specifications include a Snapdragon 888 processor, IP68 rating, and Harman/Kardon-tuned speakers. There is no official word on when Xiaomi plans to announce the phone, but the word is this may happen in a month or two. Until then, you can watch a public mirror of the Mi 11 Ultra video, in case you missed the original, now-private leak.