Some Google apps are failing to install on Android 11 when you try to sideload the latest versions from a trustworthy source like our sister site APK Mirror. Ever since Google released the new Android OS, an "The new package couldn't be installed because the verification did not succeed" (INSTALL_FAILED_VERIFICATION_FAILURE) error keeps popping up for some people who want to install the most recent version of the Google Camera or the Google Recorder, for example.

We've found that the Play services appear to be the culprit, as uninstalling and reinstalling them on multiple phones permanently allowed us to sideload Google apps again. The Play services handle most of the APIs apps can hook into and provide notifications, security verification, location data, and so on, so we initially suspected that something went wrong in an update to them. But as it turns out, the verification failure is an intended change that's supposed to make Android more secure. It's part of the new "App Integrity" checker that ensures updates are only installed from a pre-defined source, like the Play Store. Read more about the change and its implications in our coverage.

When you uninstall the Play services or remove its updates, you'll also lose all data associated with the app. That includes your payment cards in Google Pay which you'll have to add again, but also COVID-tracing data stored on your device that could potentially warn you if you had close contact with a person who later turned out to be infected. If you rely on a COVID-tracing app using Google's framework, we'd highly recommend not using this workaround.

Some people also report lasting issues following a reinstall of the Play services such as missing notifications and battery drain, prompting them to factory-reset their phones. Proceed at your own risk.

To uninstall all updates to the Play services, go to your phone's settings and search for "Google Play services." Tap the exact match in the results, then the three-dot overflow menu in the top right corner, and select "Uninstall updates." You'll have to confirm a scary dialog that says that "all data will be removed," and then you should be all set. 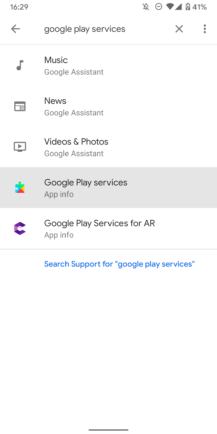 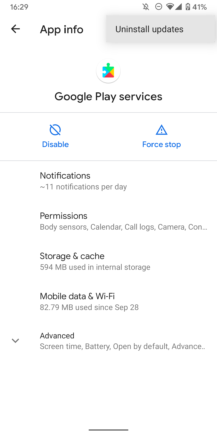 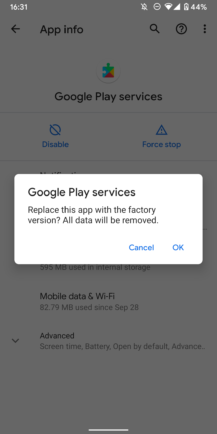 If you can't uninstall the Play services, head to the security section in your system settings, then look for the Device admin apps section and uncheck "Find my Device" there — you don't even need to reactivate it when you're all set, as "Find my Device" doesn't need to be an admin to work.

You'll have to re-enable Google backups for your account and set up your cards on Google Pay again. As mentioned above, you'll also lose all randomized COVID-tracing keys stored on your device.

2. Reinstall the latest version of the Play services

You can easily reinstall the latest version of the Play services from the Play Store. Just follow the link in the widget below on your phone and hit the update button (you won't find the Play services by searching the Play Store). Once that's done, try installing the current version of the Google Camera or the Google Recorder from APK Mirror. You might need to restart your phone first, though. 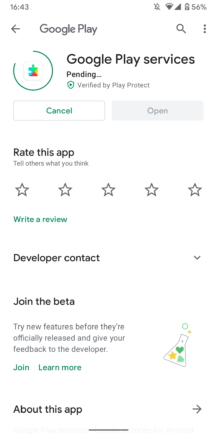 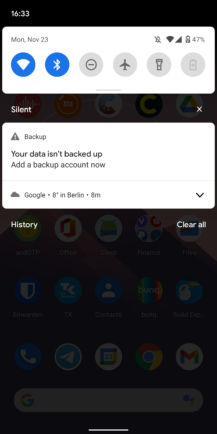 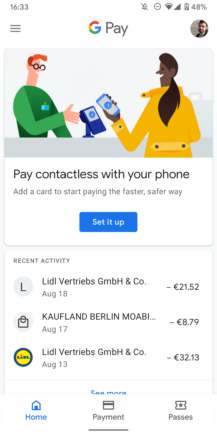 Update the Play services, activate your backup, and re-add your payment cards.

If this still doesn't work for you, try going through all the steps again, but clear the Play services data manually after you've downgraded to the pre-installed version. If that still doesn't do the trick, you might even have to get the latest release of the Play services from APK Mirror, in case the Play Store installs an older variant for you.

If you're still among the few people willing to root their phones in 2021, there's also an Xposed module you can use that will do the job and that might be a more permanent solution than the Play services method. It disables the integrity verification introduced with Android 11 completely, which should allow you to sideload Google Camera and Recorder apps indefinitely. You can download the Xposed module here. XDA's Mishaal Rahman confirms it works.

#Google seems to be blocking sideloading some app updates on #Android11, such as the Google Camera v8.0+, but this block can be bypassed with my #Xposed/#Magisk module 😏 you can download it here 👇🏻https://t.co/yjmkcNoctl https://t.co/yhAC1DnQ9Q

As always, keep in mind that there are risks associated with rooting and tinkering, and be aware that you could end up causing more problems while trying to fix this one.

While the rootless workaround is still functional for the time being, we're not entirely sure what the long-term implications of the new app integrity checker are for sideloading. It's possible that we won't be able to update some Google apps via sideloading in the future, though Google might reserve this drastic security measure for some system apps only. Time will tell.

If you'd rather not go through these steps because you don't want to re-add your Pay cards, reactivate your backup, and restart your COVID-tracing, you'll have to wait until the latest versions of the Google apps hit your phone through the Play Store. Since it looks like the verification changes are intentional, it's possible that future updates will make sideloading system apps even harder, and you might not even be able to use the workaround at some point anymore.

Updated to include the Xposed method detailed by Alessandro Paluzzi.