Xiaomi announced the Mi 11 for international markets today and detailed its MIUI 12.5 rollout plans, but that isn't the only thing the company took the stage for. It's also expanding its Mi TV lineup with one of its biggest products yet, the 75-inch big Mi TV Q1. The QLED Android TV set will come to Europe first and cost from €1299 (~$1560). 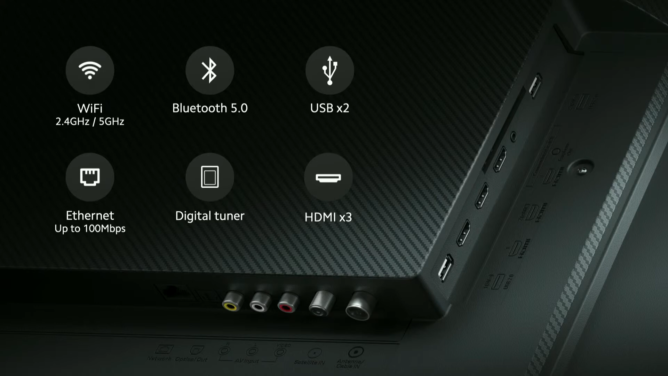 The Mi TV Q1 has a sleek metal finish and bezels so small they might as well not be there. It comes with an HDR+ capable 4K screen with quantum dot technology. Gamers and streamers can take full advantage of the TV's 120Hz refresh rate via HDMI 2.1 and an auto-low latency mode. Thanks to 192 zones of full-array local dimming, the set reaches a contrast of 10,000:1. If you don't want to hook up a soundbar to the TV, you can use the integrated 30W stereo system comprised of two tweeters and four woofers. It supports Dolby Audio and DTS-HD.

On the software side, the set runs Android TV 10, giving you access to all the usual apps, streaming services, and smarts you'd expect. The Mi Q1 has a built-in microphone that allows you to use it as a Google Assistant-equipped smart speaker without having to reach for a remote. The microphone can be turned off with a switch, and if you don't like the Assistant, the TV is also compatible with Amazon Alexa. The Mi TV Q1 75'' will be available in Europe starting in March 2021 and will cost €1299 (~$1560), which seems extremely competitive compared to other QLED TVs. It'll first be available in France, Germany, Italy, Poland, and Spain on Mi.com and authorized resellers. As part of early bird sales, you'll only have to pay €999. Quantity is limited and store availability may vary. The TV will come to other markets soon.

Xiaomi will let you uninstall system apps in MIUI 12.5 — here's when it will come to your phone