Welcome to the roundup of the best new Android games that went live in the Play Store or were spotted by us in the previous week or so. Today's roundup is sponsored by Eldorado, a one-stop-shop for all of your in-game currency buying and selling needs. This roundup is broken up into several segments for your convenience, ranging from best, average, to mediocre. So whether you're looking for the best games of quality or are simply looking for the latest free-to-play gacha titles, you're covered. This week I have the official arrival of Slay the Spire, a new version of Titan Quest that offers all DLC, and a wrestling game sequel that should excite fans of the sport. So without further ado, here are the new and notable Android games released during the week of February 1st, 2021.

Have you ever wanted to trade currency between your favorite games? Now you can! Introducing Eldorado, an in-game currency marketplace where players can buy, sell, and even trade some of the most popular online game currencies and commodities, including Old School RuneScape Gold, RuneScape 3 items, Rocket League rank boosters, and more. Even better, all transactions are delivered within minutes, they come with fraud protection through TradeShield™, and Eldorado offers 24/7 customer support in case you ever need assistance. To get started, head on over to Eldorado today. 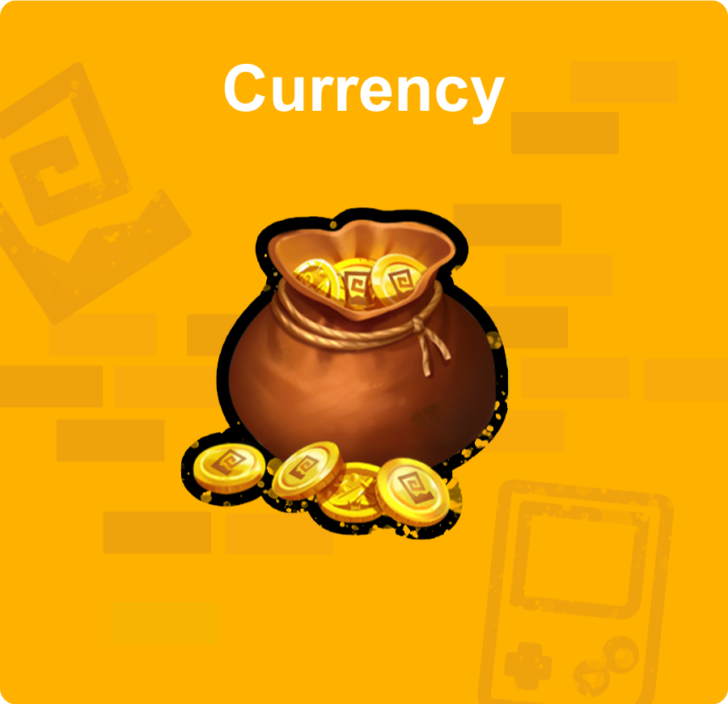 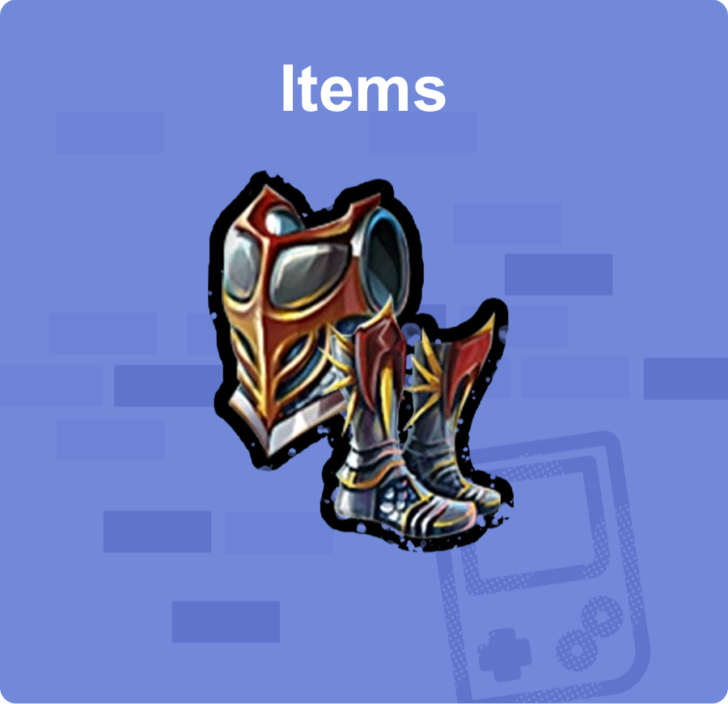 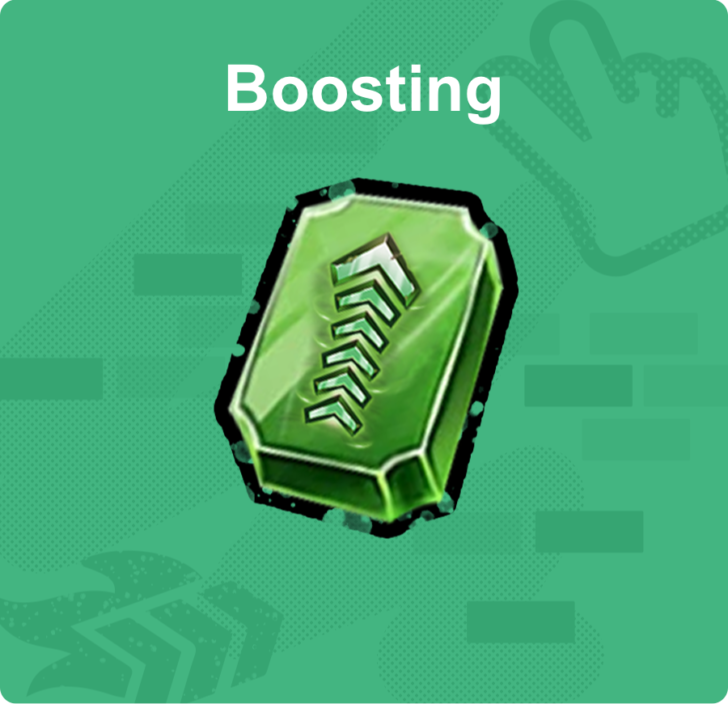 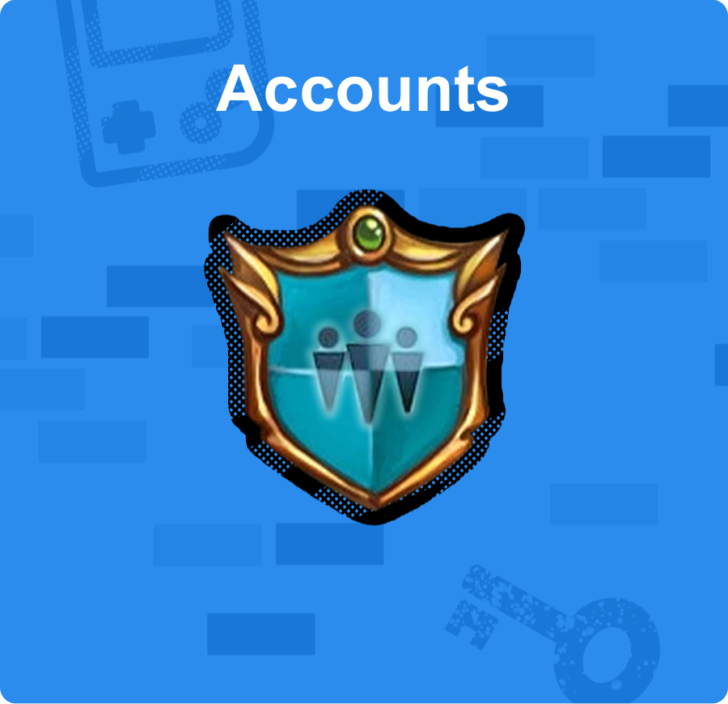 Slay the Spire is a roguelike deck-builder that's enjoyed much success on other platforms, and it's finally made its way to Android thanks to Humble Games. The port is solid, the controls work great, and the gameplay is as fun as ever. You won't need a high-end device to play, and cloud saving is included, but only across Android since cross-saves aren't supported. This does mean players will have to start from scratch, but since this game is such a joy, I doubt most will have a problem with this. Titan Quest has existed on Android for some time, but this week's release actually includes the game's DLC (which was missing from the previous version), so it is a complete product. While this DLC has also made its way to the previous title, if you don't already own Titan Quest on Android, the Legendary Edition is the one to get. So if you've somehow missed out on playing one of the more popular action RPGs out there, now's your chance to check out what you've been missing. 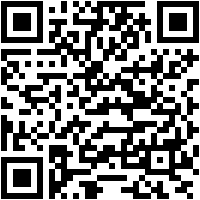 Sudoku Plus is a new puzzler from InfinityGames, and as you can see, this is a standard Sudoku title. The game's animations and transitions are pleasant, making for a polished release, which is exactly what you'd want to see from a casual Sudoku game. Best of all, this title is monetized appropriately, so you won't have to worry about being nickel and dimed as you play. 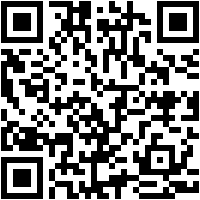 Yes, Mesh Dash is an endless runner, but it's a runner that actually takes some skill to play, all thanks to the game's unique setup where you'll fling your ball forward to then jump platform to platform at breakneck speeds. This takes patience and a soft touch, but once things click, this game is a joy. Sure, it may be a little rough around the edges, but there's a great framework here that allows for a good bit of fun. Hyena Squad has been available on iOS for a while now, but it's just made its way to Android this week. As you can see, the game looks a little janky, but the X-Com-like strategic gameplay is solid, and since this is a premium release, you won't have to worry about any iffy monetization. So if you enjoy squad-based tactical games, Hyena Squad is worth a look. 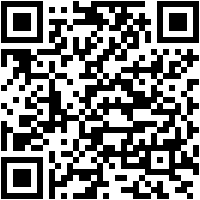 Philatelist is a simple jigsaw game, but its transitions are pleasant, and there's a whole stamp collection aspect to it since the game's jigsaw puzzles are made up of many stamp images. So not only will you assemble puzzles that offer interesting images of stamps from 9 different countries, you'll get to collect these stamps as you complete the game's puzzles, which should ideally interest all of you stamp collectors out there. The Captain is Dead

The Captain is Dead is a digital adaptation of the board game that goes by the same name. You can play as a single-player or with friends through pass-and-play. Sadly the game feels jumbled, with flashy elements distracting from the core gameplay. The name of the game is survival since you're trapped with your crew on a besieged spaceship, so you'll have to use your wits to survive as you move room to room managing your ship. Still, the game feels a little rough, which is why it's listed in the Average section. WARS ACROSS THE WORLD

Wars Across the World is the latest indie game that Plug in Digital has published on the Play Store. Clearly, this publisher has made a concerted effort to bring many indies to mobile, but lately, these indies are unheard of titles that haven't found much success on PC despite being available for years. While I'm sure Plug in Digital makes a pretty penny publishing these games, I have to wonder if anyone will take the studio seriously if they continue to push forward games that already failed on previous platforms. Sure, Wars Across the World may look like an interesting Risk clone, but the gameplay is clunky, and the AI is pretty dumb. Faily Skater 2 is the follow-up to the first Faily Skater, and like most sequels, you can expect expanded gameplay that brings with it new items to collect. While I can't say auto-runners are all that intriguing anymore since countless devs have abused the genre, I suppose if you're a fan of skateboarding or simply enjoy casual games best played piecemeal, then you may have some fun with Faily Skater 2. Sadly the title's advertisements are annoying, and there's currently no way to pay to remove them. 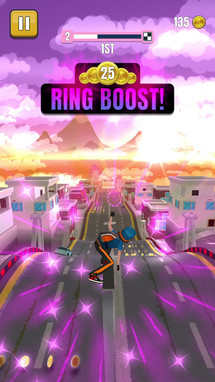 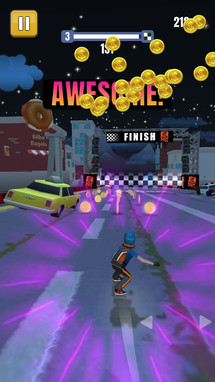 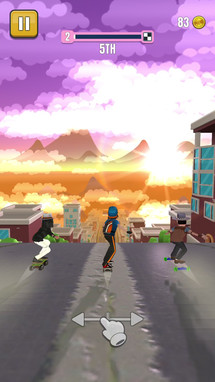 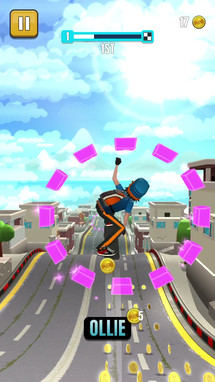 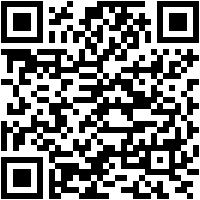 It's no secret that I'm a big fan of golf games, so I had to check out Birdie Crush: Fantasy Golf. This is an anime-themed game, so the art might not appeal to everyone, especially since this title also offers some slice of life aspects that take place in a Magic Golf School. Still, the golfing mechanics are solid, but the monetization means the PvP aspects are pay-to-win. You'll also advance at a snail's pace, which is by design to push players towards spending money. It's clear Birdie Crush: Fantasy Golf is a greedy cash grab, but if you can find a few friends willing to play, then you can avoid most of the downsides while getting some golfing in. Wizard Legend: Fighting Master is an early access release that offers roguelike gameplay. Each of your runs will see you collecting new skills while saving the best for your other runs. So yes, there is a level of progression in this title, though you'll rely on RNG for the best run, like any roguelike. Sadly, despite the inviting cartoon graphics, the game is already monetized poorly even though it's an early access release, so I doubt the game's pricing will get better as development moves forward. Yet again, we have a game that could have been fun, but it's all ruined by greedy monetization, and the game isn't even stable yet. 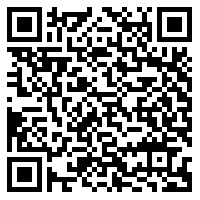 Epic War: Thrones is a Game of War clone that offers excellent graphics. Of course, the title suffers since it's packed with in-app purchases, and frankly, the Dynasty theme is played out. So despite the fact the developers claim they'd like to turn the genre on its head, all they've delivered is a lackluster clone that's monetized aggressively. But hey, at least it looks great, which is apparently all that matters. Battlepalooza is the latest generic arena-based battle royale to land on the Play Store. It appears to be shooting for Fortnite's styling, though things are presented in an isometric top-down view, so the game plays more like a MOBA. Sadly, movement feels very rough, and since this is a new release, there's no one to match with for online play, so you'll have to sit in the lobby for a while, which sucks. It also doesn't help that the game's servers are extremely unstable, so I'd give this release some space so it can work this stuff out, not that I recommend playing since it's already monetized heavily despite the fact the game runs so poorly. Immortal Destiny: Darkness Origin is a new MMORPG, and it serves as a sequel to some other MMO, not that I would know which one because these games are a dime a dozen. Unlike many mobile MMOs, this game offers a 3D world where you control the camera, almost like a real game. But of course, like all mobile MMOs, the whales have already camped a server, so there's no way to compete with them, thus driving a wedge in the community, which is never a good way to start out. Plus, the game is extremely buggy, typical for a new release, but since the title is already monetized heavily, you have to wonder where this dev's priority is. While I enjoy rhythm games, I can't say the boy-band theme for Rhythm Hive interest me in the slightest. The twist here is that this is a multiplayer-focused game, so you'll compete against strangers. But since this is a new title that stars some extremely famous boy bands, the servers are struggling, making gameplay difficult. It would also seem this release is monetized to the max, which is why I have trouble sticking with mobile rhythm games. They always cost too much, even when they are free. WTF Game Of The Week

Titles that make you say "WTF"

And the hits keep on coming, literally. Elastic Slap is a goofy game where you'll use an elongated arm to slap a never-ending line of enemies, something akin to Groot in the first Guardians of the Galaxy movie. As you can see, this is a ludicrous premise for a casual arcade game, which of course, makes me say, "WTF!" So if you're looking to slap some fools about with an extremely long arm, Ketchapp has your back with the utterly ridiculous Elastic Slap. 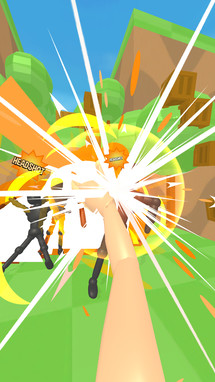 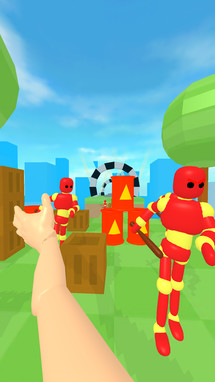 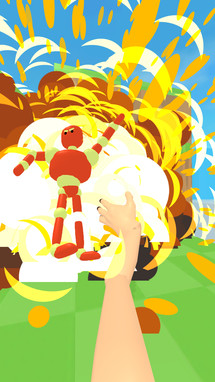 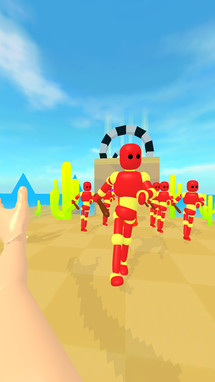 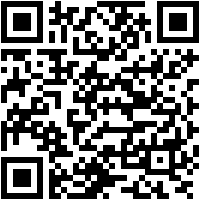 How to sideload any APK on the Chromecast with Google TV

Add some RGB accents to your setup with the Govee Immersion TV backlights for just $54 ($18 ...