Wink has been battling a severe outage for about a week and a half now, but it finally looks like its servers are slowly coming back online. The company has updated its status page, saying, "A fix has been implemented and we are monitoring the results. Most Hubs are back online." However, many customers are ready to cancel their mandatory subscriptions due to the events, and there's not much the cash-strapped company can do about it. 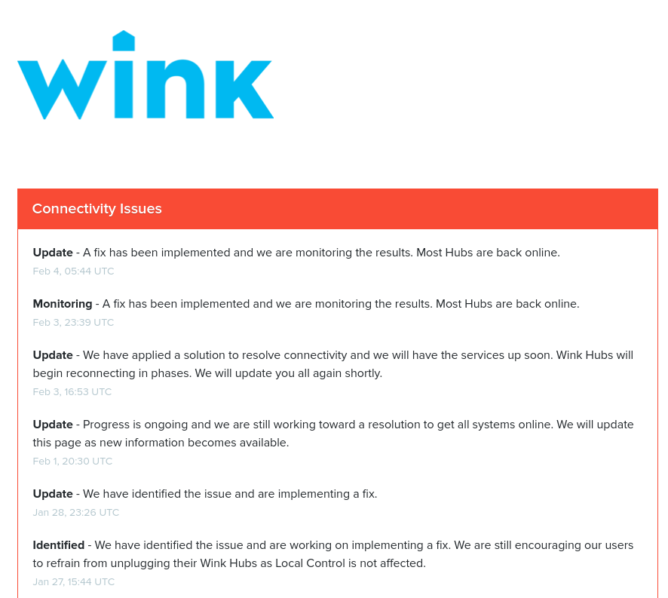 It's been rumored that Wink might not be long for the world following reports that its will.i.am parent company i.am+ was running out of money. The week-long outage sure isn't a good look, as it seems like the company barely has resources left to fix urgent issues. In fact, while the Wink status page now claims that most hubs are back online, its services monitor below the announcements still says that all of its products are suffering from a partial outage, suggesting that it will take a while until everything is running smoothly again. 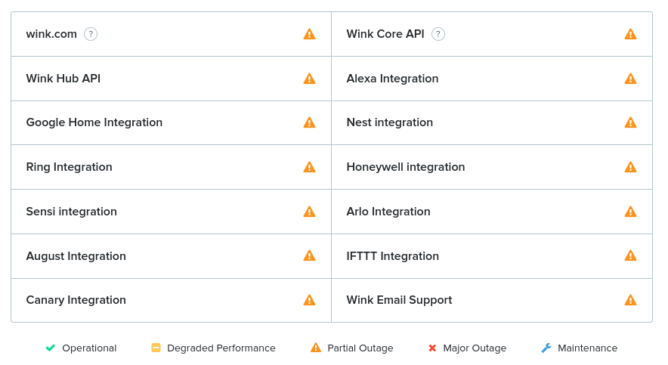 It's no surprise that many customers are starting to cancel their mandatory subscriptions and looking for alternatives following the outage, but Wink is trying its best to make them stay, offering canceling customers a 25% discount for the next two months and trying to shame them into staying with the service, as shared on Reddit: "We ask that you give us one more chance, in support of small and independent tech." During the outage, it wasn't even possible to cancel subscriptions because the website and account management was down, too.

With this week-long outage and a potentially pending customer exodus, Wink might be in big trouble. It proved that it doesn't have to resources to properly support its product anymore, and that it has trouble retaining subscribers. It's a bummer since the platform was so promising when we first tested it back in 2016. The situation is also another example of how critical local fallbacks are for smart home automation, which is something that next to no commercial product offers.

WhatsApp has returned to the Google Camera's social sharing shortcuts