We've known about Google Chrome's quick page-sharing through dino-themed QR codes since 2019. After an initial release in Canary and more development, the feature first became available in Chrome 84. It's been working properly on both Android and desktops since then, but you had to manually enable the flag to get it going. With Chrome 88, QR codes are starting to roll out widely as part of a server-side change, as reported by SmartDroid.

On Android with the Chrome 84 release, QR codes are functional but they're linked to the hidden Sharing hub that we first uncovered in January. If you haven't received the QR codes as part of the rollout, you need to turn on two different flags in chrome://flags

Restart Chrome (twice is usually better than once) after you've enabled both, and then tap to share any page. The custom sharing hub will pop up from the bottom, clad with multiple options including the QR Code one. Selecting that opens a new fullscreen interface where you can either share the current page's generated code or scan one from another nearby device.

You can also download the QR code to share it in other apps on your phone. Here's the one for androidpolice.com: 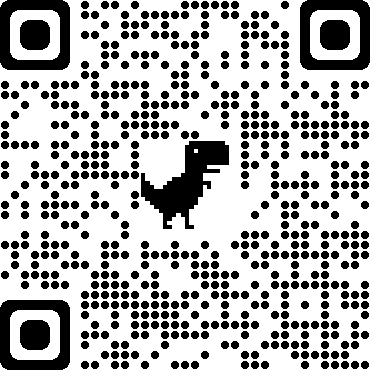 QR codes are also live on Windows, macOS, and Chromebooks. Here, they've been available since Chrome/Chrome OS v84, but you had to enable a flag to make them show up. With Chrome 88, that's starting to be a thing of the past, and the QR interface is beginning to roll out to everyone.

If the QR codes aren't available in the address bar for you just yet, you have to enable the flag manually and restart the browser to get them to work:

To share a page via QR, you can tap the corresponding icon at the far end of the URL address bar (though it sometimes doesn't pop up) or right click on an empty space in the page and choose Generate QR code for this page. The latter is more reliable. 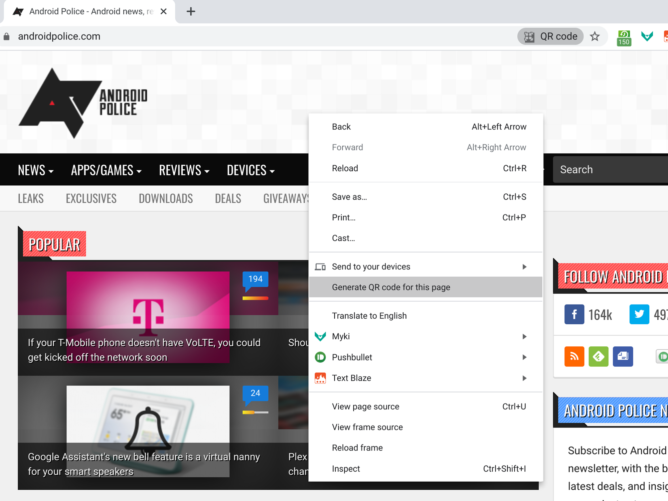 The code will be generated to be scanned by any nearby phone, but you can also download the image to send it via other means. Additionally, the URL field in that pop-up menu is editable, so you can type or paste another address and the code will change on the spot to accommodate it. 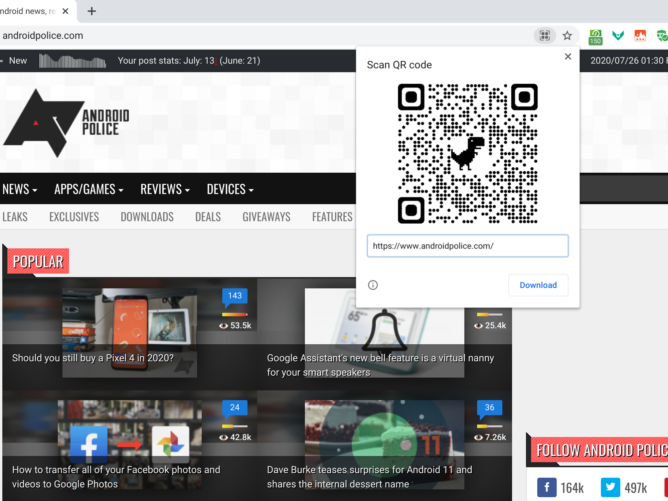 There's no way to scan codes on the desktop. That makes sense because you're less likely to be carrying your computer and pointing its camera to scan, but with Chrome OS tablets being a thing, the feature should be added there. It'd also be cool if Chrome could recognize (thanks to the dino in the middle) static images of QR codes embedded in pages and convert them into a link without having to scan them through a nearby phone's camera.

With the rollout now underway, it's likely just a question of time until the QR codes are live on all phones and computers. If you want to speed up the process, just manually enable the flags and restart Chrome. There's nothing else you need to do to trigger the feature. Just make sure you're using a recent version of Chrome (APK Mirror) and follow the instructions to get it working.

Rolling out widely in Chrome 88

QR codes are starting to roll out to everyone in Chrome 88, as reported by SmartDroid. We've updated our coverage accordingly.