The Wink smart home platform may be finally circling the drain. For the last week, customers have been reporting connectivity problems, and the Wink status dashboard has made a note of those issues since January 25th. The last update from the company was on Thursday, at which point it claimed "We have identified the issue and are implementing a fix." And yet four days later, Wink is still down. 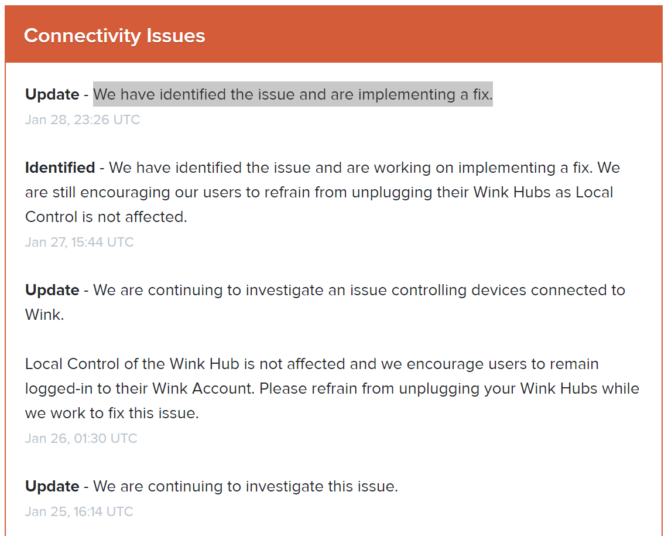 For the unfamiliar, Wink is a hub-based smart home platform that integrated with Z-Wave and Zigbee products (among others), with voice assistant integrations, automation, and your usual smart home features. We liked the company's products back in 2016, but things have changed a bit since then, both in terms of the smart home market and when it comes to Wink itself.

Wink's days have seemingly been numbered ever since it was rumored back in 2019 that parent company i.am+ (owned by musician will.i.am) was running out of money. Wink then announced a mandatory $5 subscription service in May of 2020, without which its products would lose basically all functionality. Following the inevitable backlash, the company decided to extend free service until July, and opened things up slightly so that local control for some products would continue to work if customers didn't subscribe. 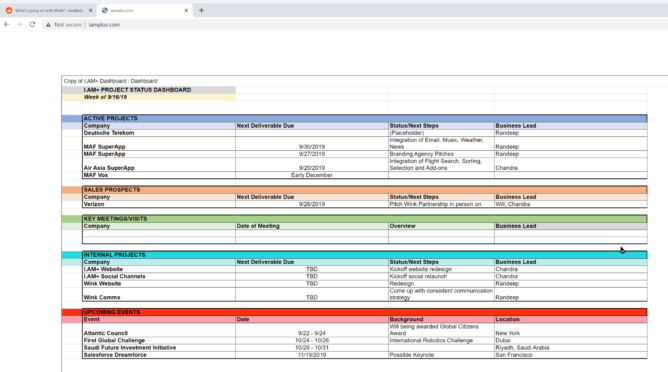 The i.am+ site during its outage pointed at this project status dashboard.

That influx of cash doesn't seem to have made much of a dent in the company's prospects. Last September, Wink suffered a decent outage and even lost control of its domain for a short period. But this recent outage has been affecting customers for at least the last seven days. According to one of our tipsters, parent company iam+'s website was also down for several days last week, and Wink's blog was also briefly down. As of now, all pages at Wink's site redirect to the unupdated status page.

While some customers report that local control continued to work for the first few days of the outage, many claim even that has now stopped.

There hasn't been an update to this outage since Jan. 28 and this is @TheWinkApp's last tweet. Its bad enough that I can't use half of my home automation, but you guys are ghosting your paid subs and that's bull. 1. Unfuck yourselves. 2. Give us an update. #winkoutage #badcompany pic.twitter.com/sKfkFNCwTz

Not working for 5 days and you charged my account during the outage? Implementing a fix for 2 days? Done. Hubitat ordered. Wink hubs going in the trash https://t.co/Zyh82SuSrI

Affected customers have taken to Twitter to express their frustration at the duration of the outage. Wink itself has been silent about it since the company claimed on both its status dashboard that it was "working on implementing a fix," with the last public communication happening last Thursday — four days ago.

While the company may eventually fulfill its promise to roll out a fix, the writing is on the wall. The Wink subreddit at this point is just a list of recommended alternatives and short reviews of competing products and services, which might be worth a look for other owners. If you do end up deciding to replace your Wink hardware, it might be worth waiting a couple weeks to snag some discounts courtesy of President's Day sales.