Samsung's Galaxy Z Flip 5G has just picked up a permanent price drop. When it launched last year as a slightly refreshed version of the original Z Flip, it came with a price bump to $1,450. But in the wake of the S21 series launch, Samsung cut its entry-level foldable's price down to "just" $1,200 in a permanent adjustment.

That means, as of now, the 5G version with a Snapdragon 865 actually costs $100 less than the LTE version of the Z Flip with the Snapdragon 855, which is a little odd. 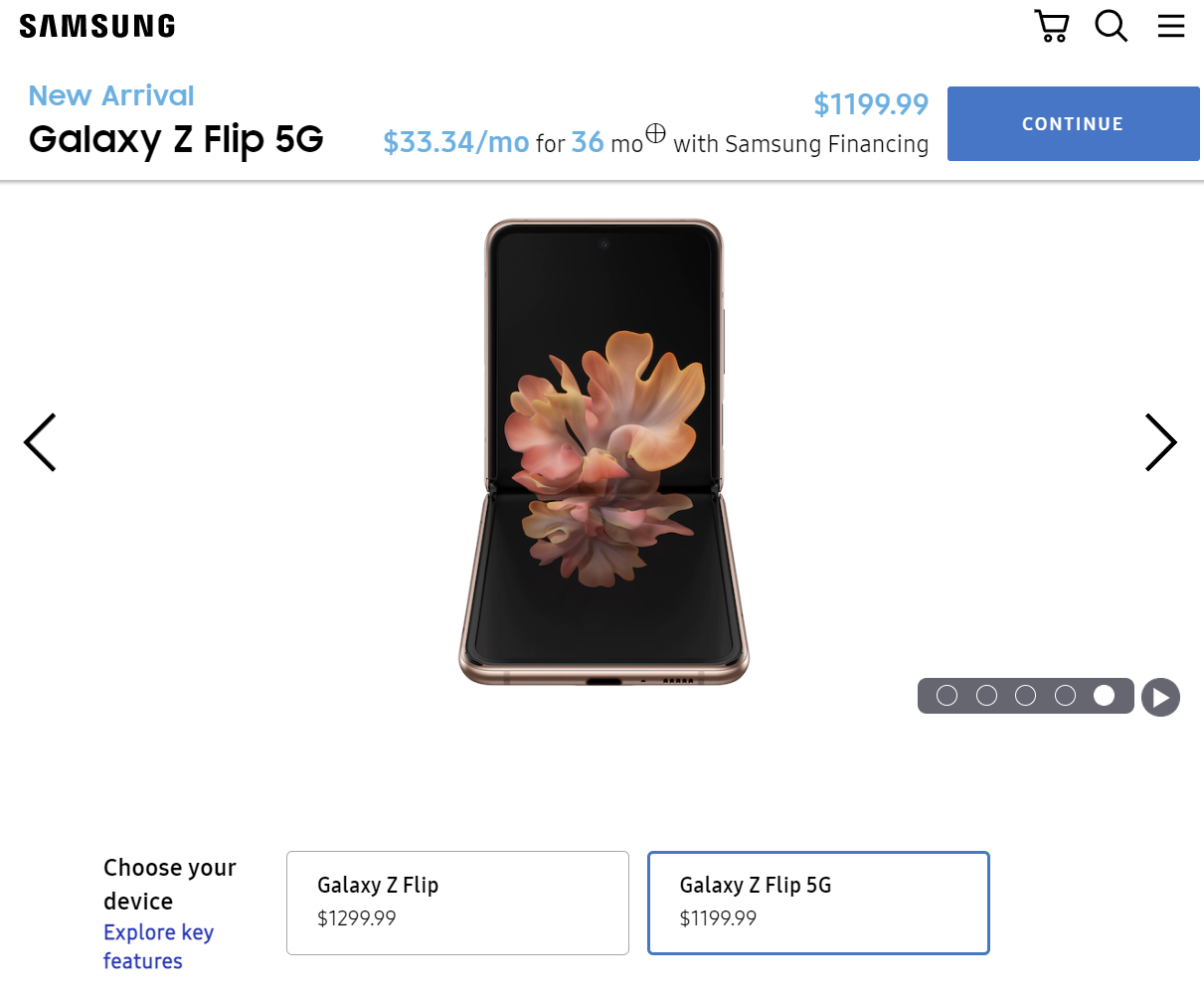 The Samsung storefront listing for the Z Flip 5G shows the $1,200 price isn't promotional — there's no strikethrough, coupon, or indication of a sale — and a representative from the company has confirmed the change is permanent to 9to5Google.

The original Z Flip 5G is the phone that convinced me foldables weren't just a gimmick or ostentation; they can actually deliver genuine utility and value. The Z Flip 5G improves on that formula slightly with a more powerful chipset, sub-6 5G support, and a matte glass back — a legitimate improvement over the glossy LTE version. $1,200 is still pretty steep, especially considering the sort of discounts the LTE version has seen recently, but it's still a more accessible foldable experience than the $2,000 Z Fold2, and one way to try out the concept a little early. Just be careful in the cold.

Wink has been down for a week and counting

Motorola thinks it's 2019, rolls out Android 10 update for Moto One Macro