Google introduced a controversial change in the name of security with Android 11 — Scoped Storage. The new API is supposed to hinder apps from reading each other's data, stopping bad actors from snooping through your phone. But that restriction also extends to file explorers, where it makes much less sense. Google promised it would work on exemptions for these apps, but due to the COVID-19 pandemic, the corresponding policy was postponed to 2021. While we're still waiting for Google to get started with the process, some apps circumvent the limitations by targeting an older version of Android. The latest in line to use this workaround is X-plore. 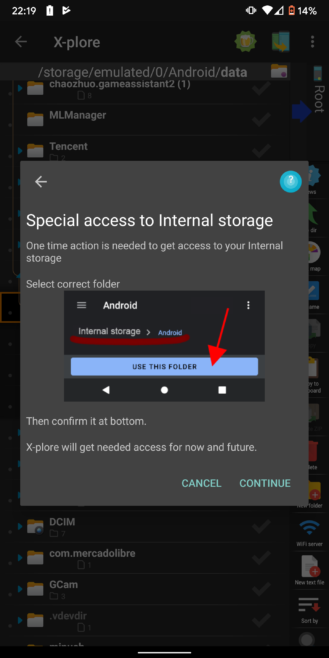 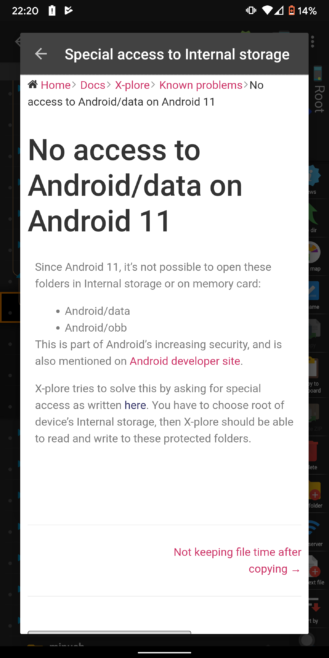 While most people probably won't ever run into issues due to Scoped Storage, the limitation is annoying for those coping with little bandwidth or restricted data plans. Some games have large .obb extension files that have to be downloaded after installing the main app, and it used to be simple to copy those from phone to phone without using up any data. Our own Rita also regularly copies her podcasts from Pocket Casts from device to device, which isn't possible on Android 11 due to the app storing the audio files in its own folder. At least some manufacturers grant pre-installed file explorers full access by default, but not all of these are as fully-featured as third-party solutions.

X-plore's update to version 4.24.15 shows that as of now, there are some unofficial ways to get around the limitations. Upon first launch, the app asks users to grant special access to internal storage, which will allow X-plore to view previously hidden files in /Android/data and /obb. The app achieves that by targeting Android 10, which allows it to temporarily opt-out of scoped storage. It's a neat solution that should tide us over until Google starts its official exemption process and apps are forced to target Android 11 later in 2021.

You can download X-plore on the Play Store or over at APK Mirror, but it's likely only a matter of time until other third-party file explorers catch up. Let's hope that Google will soon open the official exemption process for a more permanent solution.

The article initially wrongly assumed that X-plore was among the first file explorers to receive Google's official exemption for Scoped Storage. We've updated the post accordingly and regret the error.