It's been eight years since Google killed Reader, its RSS service, and that wound has yet to heal in our hearts. Many alternative services sprung up afterwards, with Inoreader being one of the closest things to the original Google Reader, even down to the web app's keyboard shortcuts. Now, many years later, Inoreader is still going strong and has just began rolling out v7 beta with a more modern design.

The new UI isn't a big departure from Inoreader's existing interface, so don't worry about any confusing or unexpected changes. It's more of a fresh coat of paint with new iconography, a more uniform white theme, and some rounded corners here and there.

The first thing you'll notice is that the dark title bar is gone in the light theme, and the search, display options, and mark all as read buttons are now on the same line. Thumbnails lose their hard edges and become more rounded, and the large cards in the Card view are shorter, allowing you to see more articles on one screen.

These minor changes carry through the rest of the app's interface, but the unified design (without the black title bar) certainly gives the impression of a more major revamp. Functionally, nothing has really changed throughout the app, save for a pre-populated search page that offers recommendations of RSS feeds to follow in various categories.

The new Inoreader interface is tied to version 7 of the app, which is currently still in beta on Android. To get it, you need to join the app's beta testing and wait for the update to be available to you. You can also speed things up by sideloading the APK directly from APK Mirror. 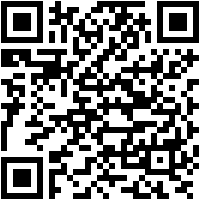