When Google released the Pixel 4a 5G, it only offered a black variant to most people interested in the phone — a Clearly White version was exclusive to Verizon customers who have to pay an additional $100 for mmWave 5G support. Google already confirmed that this would change that this year, and now, the time has finally come: Anyone interested in a Clearly White Pixel 4a 5G can now buy it unlocked, without any Verizon mmWave antennas inside. To celebrate the occasion, Google has also dropped the price by $40, down to $459.

The Pixel 4a and 4a 5G were the first Pixel phones to launch in only one color and one storage configuration: black with 128GB. It's speculated that Google decided to cut back on configurations to keep the price down and make inventory easily predictable, but it's still a bummer for anyone who just prefers white phones and doesn't happen to be a Verizon customer. For the Pixel 4a 5G, you now finally have a choice, and it's great to see Google lowering the price while it's at it, too. 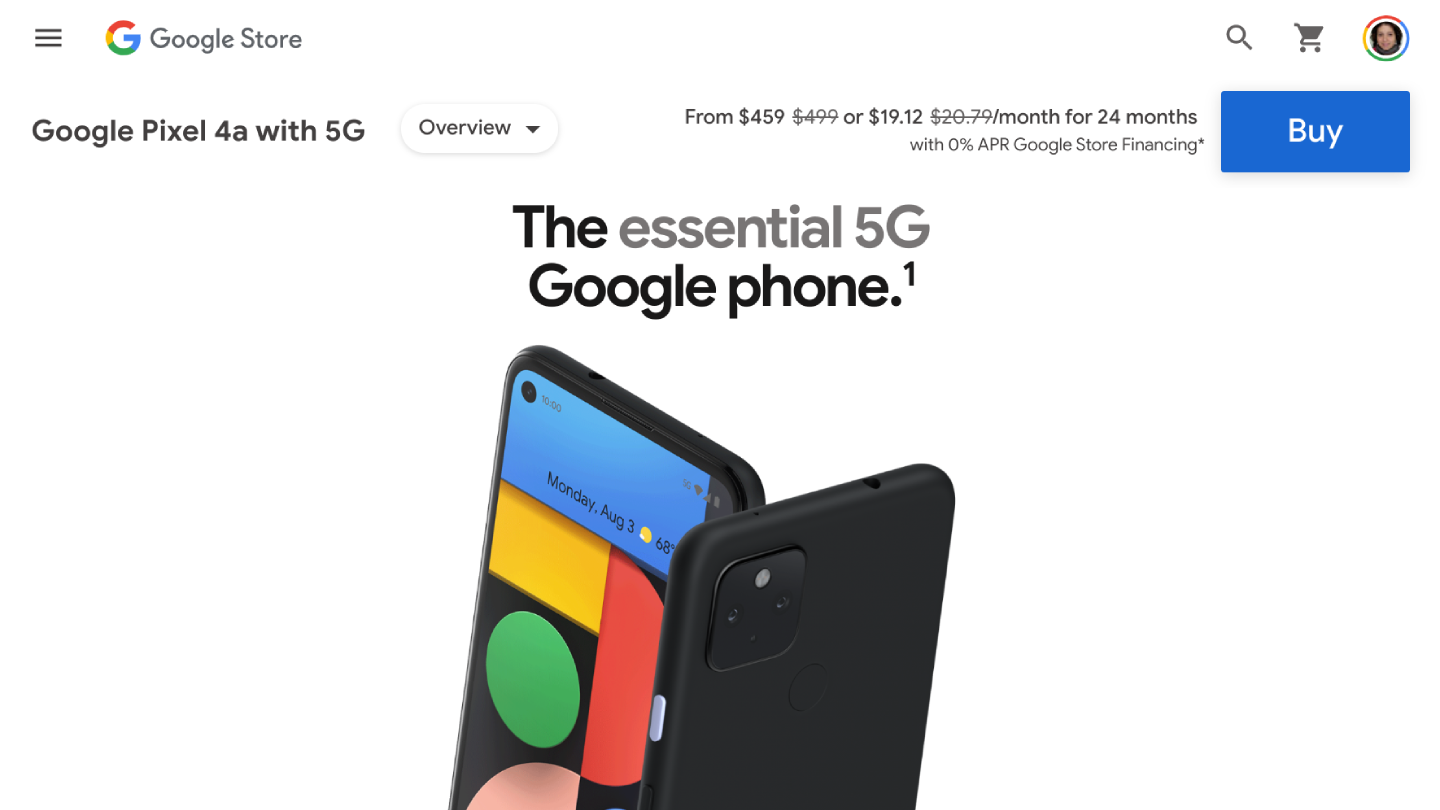 The new color is available across the usual stores (though not on Google Fi just yet), and all of them have dropped the price to $459. Since we don't know how much stock Google sent out to resellers, you might want to act quickly if you're interested in getting your hands on the Clearly White model soon.

Telegram now lets you import your chat history from WhatsApp