One of the most noticeable changes in Android 11 was the addition of smart home device controls to the power menu, but Google didn't require all phones with Android 11 to display the new controls. Samsung stuck to the old power menu design with its version of Android 11, known as One UI 3.0, but the smart home controls have now made an appearance on the Galaxy S21 and Galaxy Tab S7/S7+.

Samsung shipped the Galaxy S21 series with One UI 3.1, a slightly different version of the software currently present on all of the company's other Android 11 devices. The Tab S7 series received the same version a few days ago. You could already press the 'Devices' button in the quick settings page to quickly access connected devices (Bluetooth accessories, SmartThings, etc.), but with One UI 3.1, Samsung has added a dropdown menu for you to select alternative device controls. 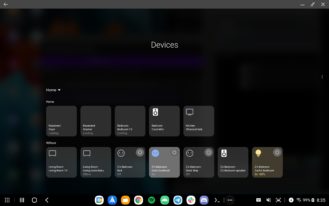 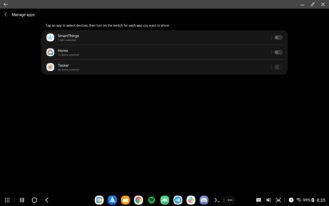 If you have the Google Home app installed, you can select it as an option and control devices connected to your Google account. It's not quite as simple as the power button menu in regular Android 11, as there are a few extra steps in accessing the control panel, but it does use the same APIs as the stock power menu. That means if you have other apps that add their own smart home controls, like Tasker, they can also show up in the menu.

It's not clear right now if Samsung will update One UI 3.0 devices with the updated controls, either with an OS upgrade, or a services update through Galaxy Apps or the Play store.

Chrome 89 is now available in the beta channel (APK Download)