The Samsung Galaxy S21 series will officially be available starting January 29, but some pre-orders have already shipped and are slated to arrive early — which shouldn't be a surprise if you've ever pre-ordered a smartphone. If you put down money towards the S21, be sure to check your mail and see if you're in for the early treat.

Based on our own Artem Russakovskii's January 27 shipping estimate, some customers are in for early arrivals. One of our readers, Philip, also reports that his phone already shipped and is supposed to be on his doorstep before it's officially available. And sure enough, Redditors on an S21 ordering and shipping megathread report the same, with many people saying their new phone is supposed to be in their hands on January 27, two full days ahead of the launch day. 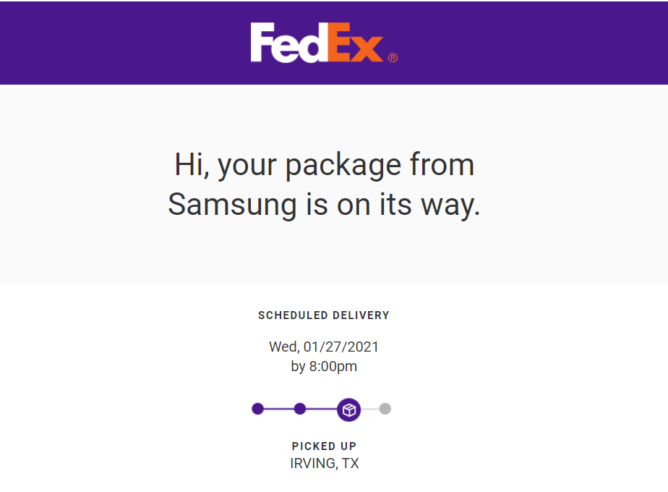 Right now, you can still pre-order an S21 to get in on some trade-in credit deals on Samsung's website. It's safe to assume that your unit won't ship early, but at least you'll be able to take advantage of the same benefits as others who have long pre-ordered. There are also many carrier promos — be sure to check out our roundup of best launch deals.