Since its switch to Chromium, Microsoft Edge has become one of the more reliable cross-platform browsers available to users. It even trumps Google Chrome in that it doesn't gobble up as much memory — a real boon for systems with limited RAM. To offer an even better experience, Microsoft is now unveiling a major update that adds a bunch of new features to the browser.

If you were looking to apply a coat of fresh paint to your browser, you might want to try out the 24 new themes that Microsoft has released. These range from simple colors to game-specific ones such as Microsoft Flight Simulator, Forza Horizon 4, and Sea of Thieves, among others.

Microsoft is making Edge even more resource-efficient with Sleeping Tabs. The feature boosts browser performance by freezing inactive tabs and reallocating system resources to power active tabs and programs. This isn't activated by default, so you'll need to take a trip to the settings menu.

A key feature being rolled out with the new update is the Password Generator, which will automatically suggest a secure password when you're signing up for an account or changing an existing one. Microsoft also plans on releasing more Password Manager features, including a monitor that will alert you if your password has been exposed or leaked on the dark web. 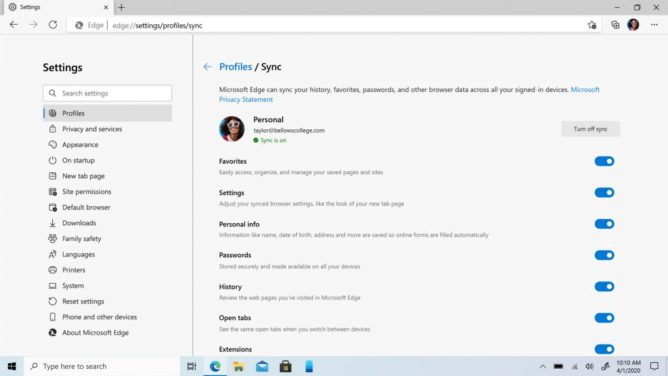 Shortly after bringing cross-device history and tab sync to users in the UK, Microsoft has made the feature available for all users. Now you'll be able to pick up where you left off across all your devices (even Android and iOS), and won't have to scramble to a particular phone or computer to find that website you visited on it.

Mint Mobile subscribers are getting a free data upgrade