Sometimes, the best deals you can get on a phone come from the carriers. It depends on the person's situation, but it's true. Verizon-owned Visible, though, has a pretty good deal on the OnePlus 8 whether you sign up for its service or not. Of course, there are strings attached to what you do with it afterwards.

Here's the catch we've been told by Visible: the 5G Android phones it sells are currently unable to access Verizon's 5G networks whether it's 5G Nationwide (sub-6GHz) or 5G Ultrawide Band (millimeter wave) — apparently, support is coming soon. That means, however, we're dealing with the OnePlus 5G UW which is designed to work best on Verizon's cellular bands anyways.

So, while you're not obliged to use the Visible SIM included in the package — there's no fine print on what you need to do to get the discount on the phone — your choices for outside service are somewhat limited, though it does include the mothership Verizon if it suits your needs. 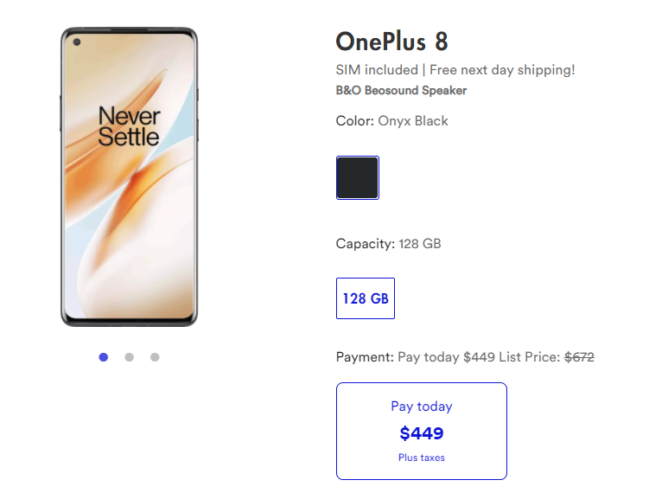 If you do decide to switch your service and port your number to Visible, the carrier will give you a $200 Mastercard virtual gift card and a B&O Beosound A1 waterproof wireless speaker (a $250 value). You'll just need to stick around for a couple of billing cycles before you receive them.

Customer support has confirmed that this is the regular OnePlus 8, not the OP8 5G UW.

An earlier version of this story misstated the price difference as $251. We regret the error.

Puzzle Quest 3 is coming to mobile and PC later this year, courtesy of 505 Games