Back in September 2018, DC Comics launched its subscription video streaming and digital comic service. This service was called DC Universe, and it was basically an all-in-one app for everything DC. Well, despite rough times for the company, DC has rebranded its DC Universe app into DC Universe Infinite to solely focus on the digital comic book side of the app. While all of the video content that used to exist in DC Universe has been moved to HBO Max, the comic book selection has expanded beyond the 24,000+ library to now include titles from the Black Label line as well as the Vertigo imprint.

Now that the DC Universe app has been rebranded to DC Universe Infinite, I'm sure a few people are wondering exactly what has changed. As I mentioned, all of the video content is now gone, maiking for a much more streamlined app that focuses solely on comic books. Much like before the rebrand, the digital library is six months behind the physical books, so there's still a delay in order to not undercut physical sales. Users can expect unlimited offline access to any of the books in the app, so downloads remain unlimited. Of course, the big news is that DC finally added its adult-oriented Black Label line of books to the app, along with comics from its Vertigo Imprint. This means you'll be able to read the entire Hellblazer run from Vertigo as well as all of the new Black Label books, such as Batman: Damned.

Beyond the new books added to DC Universe Infinite, the ability to create your own reading lists as well as the ability to favorite books has been retained. There's a new dark mode for those who love reading at night, and a new website is available for those that prefer to read in their browser. The pricing from DC Universe remains the same, so to subscribe to DC Universe Infinite, you'll have to pony up $7.99 a month or $74.99 a year, which is comparable to Marvel Unlimited, a similar comic subscription service that DC can finally go toe-to-toe with thanks to its new streamlined app.

So there you have it. DC Universe Infinite is here, bringing with it some very welcome changes and additions to make for a fantastic comic book subscription service that feels much better to use than the older unfocused app that was throwing everything at the wall to see what stuck. Currently the service is US-only, but more territories should be added this summer. So if you're a fan of DC Comics or are simply looking for a competent competitor to Marvel Unlimited, DC Universe Infinite is a great choice now that the app is much more focused on providing an intuitive comic reading experience. 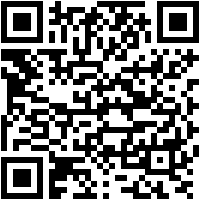