Many Android fans believe in a sort of holy grail: That iMessage can somehow be brought to Android. Almost everything else when moving from iOS to Android has a workaround, an app, or some way to accommodate it, though iMessage remains an Apple-controlled platform exclusive with a dominating presence in the US market. But a new app formally launching today called Beeper aims to change that, delivering not just iMessage for Android, but a single unified messaging app for all your other services, too, like Telegram, Slack, Signal, Twitter DMs, Discord, Hangouts, and even IRC.

One of the folks helming Beeper is a familiar face. Pebble founder and Y Combinator partner Eric Migicovsky is involved in the project, giving it not just an air of legitimacy but a very real possibility of working out — hopefully, better than Pebble did long term. However, there are a few (frankly, kind of hilarious) limitations, and we'll get to those in a bit.

Beeper is cross-platform and works on both Android, iOS, macOS, Windows, and even Linux, promising to unify all the following chat protocols into a single convenient inbox:

The app's premise is simple, a single interface for all the ways you can "chat" across all the most popular protocols. That means all your conversations look the same at your end, whether they're via SMS, Facebook Messenger, or Whatsapp, and you can easily search and filter from inside a single unified inbox. It even has an API for things like bots, which folks coming from Discord or Slack are sure to appreciate.

From a user-facing perspective, it almost sounds too good to be true: One messaging app that literally rules them all — or, at least, connects to all of them. 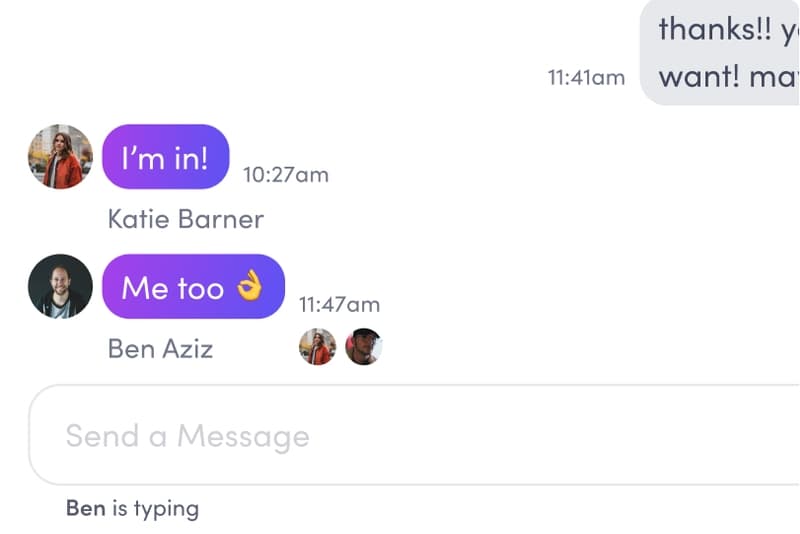 Beeper is based on a system called Matrix, with different so-called "bridges" connecting Beeper to all the other platforms it supports. In the case of things like Google Hangouts and IRC, that's pretty easy to do, though other systems can be more difficult, and that brings us back to iMessage.

Beeper claims it can connect to Apple's popular and hardware-exclusive chat system, but there's one huge and honestly pretty hilarious catch. Just like other systems that have brought iMessage to Android for years, you need a permanent Apple device to act as a bridge. Right now, the company has two solutions for that issue. You can either keep a Mac awake and connected to the internet basically forever, or they'll send you a jailbroken iPhone with the Beeper app installed that can bridge the connection. Let me reiterate. The company is literally sending customers a jailbroken iPhone 4s so its app can talk to iMessage. Beeper's site reiterates that "this is not a joke," but it kinda sounds like one.

Yes! That is EXACTLY what we're doing. I have 50 iPhone 4s sitting here at my desk.

On top of the Apple hardware requirement, we should point out: Keeping an old jailbroken iPhone permanently online and connected to your accounts is probably not very good for your account or messaging security. The Jailbroken iPhone 4s that Beeper is sending some folks to act as a bridge got its last update 17 months ago. With all the current concerns regarding encrypted communications and customer privacy, it seems hardly fitting to go to such lengths just to make your chats even less secure. On top of that, you'll have to also pay $10 a month to use Beeper. According to the project's FAQ, you can avoid that fee by self-hosting, but this is all probably a bit much to just avoid being a green bubble on the internet.

Beeper is currently in a limited test, and though you can sign up to try it, the company has yet to open the floodgates, working through its list of prospective customers as fast as possible but quite literally "one-by-one," according to Beeper's site. Over time, it also plans to add support for more chat networks, so stay tuned.