Samsung sells a few rugged Android devices under its 'Active' brand, but it has been over three years since the company released a new rugged tablet. Thankfully, businesses looking for tough devices now have a new model to pick from: the Galaxy Tab Active3.

The last Tab Active model shipped with 3GB RAM, 16GB of internal storage, S Pen support, and Android 7.1. Samsung's replacement has an almost identical design (hello, Galaxy S7 navigation buttons!), which Samsung says should allow existing accessories to remain compatible, as well as the same IP68 water/dust resistance and MIL-STD-810-certified build. Most of the improvements are on the inside: more storage, more RAM, Wi-Fi 6 support, a larger battery, newer software, and so on. 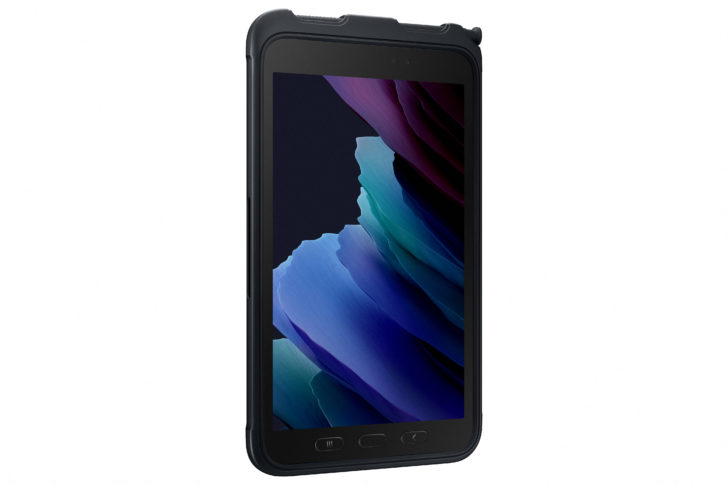 The Galaxy Tab Active3 supports wireless DeX, as well as a few other features mainly useful in corporate settings — the 'No battery mode' can keep the tablet running from wall power alone, and 'Knox Capture' turns the tablet into a barcode scanner. It's shipping with Android 10, but Samsung says an update to Android 11 is coming soon, and the company promises "up to three generations of Android OS upgrades." It's not clear if the Android 11 update counts as one of those generations.