Netflix announced its Q4 2020 earnings today, but amidst the actual figures being presented, the company briefly mentioned a new feature it's been working on. The working title for this is Shuffle Play, and it'll help you decide what to watch by showing content its algorithms think you'll like. Netflix says this feature will fully roll out to all users worldwide by the first half of this year.

The company has experimented with a random-episode feature before, but this is slightly different. In Netflix's words, this feature "gives members the ability to choose to instantly watch a title chosen just for them versus browse." In other words, the company has determined that people are so indecisive about what to watch that they're better off having Netflix itself pick based on factors like what you've watched and what's in your watch list. 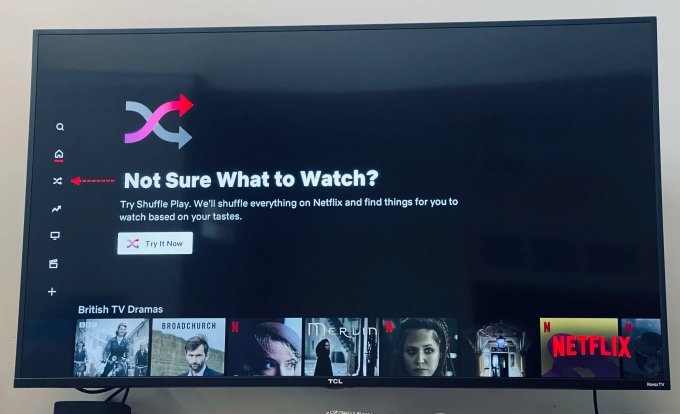 Shuffle Play was spotted being tested as early as August 2020, and it'll probably look pretty similar to the photo you see above. It's currently in limited testing and only on TV devices. According to Netflix, feedback has been pretty positive thus far.

As for the other news from the earnings report, Netflix is doing quite well, having added 8.5 million new paying subscribers in Q4 2020 and 37 million new subscribers for the full year of 2020. It sounds like the timing of this feature release will come at a good time, with more indecisive viewers than ever to please.