Early last year, we saw Thomas Young's radish-based platformer Dadish hit it big on the Play Store, and it's easy to see why. The game is simply adorable thanks to its charming 2D graphics, and better yet, it's a quality platformer that offers the fun and simplicity of the classics. This is most likely why the game was a breakout success, so it's hardly a surprise to see that the follow-up has been released in quick succession. That's right, Dadish 2 is here, and much like the original title, it's a free ad-supported game where you can remove its advertisements through a single in-app purchase, making for a premium release.

If you check out the trailer above, you'll immediately see that vehicles are now in the mix, a new mechanic in the series that sets Dadish 2 apart from the first game. Sure, you'll still play as a dad, and you'll still be tasked with saving your kids, but now you can expect to play through 50 levels (the original game had 40), and there's even a bunch of new bad guys to best, along with five new bosses to take down. You can also expect physical controller support out of the box, which is always great to see.

Much like the first game in the series, Dadish 2 is free-to-play thanks to its ad support, and if you don't like these ads, you can pay to remove them through a single in-app purchase priced at $3.55. More or less, this monetization setup makes for a premium game, a preference for many players in the mobile gaming community.

So there it is. Dadish 2 brings more of the same enjoyable platforming to Android with expanded levels, a new vehicle mechanic, new enemies/bosses, plus full controller support. So if this all sounds good to you, feel free to grab the game through the Play Store widget below. 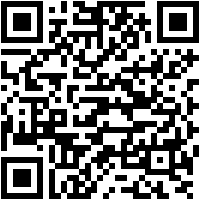